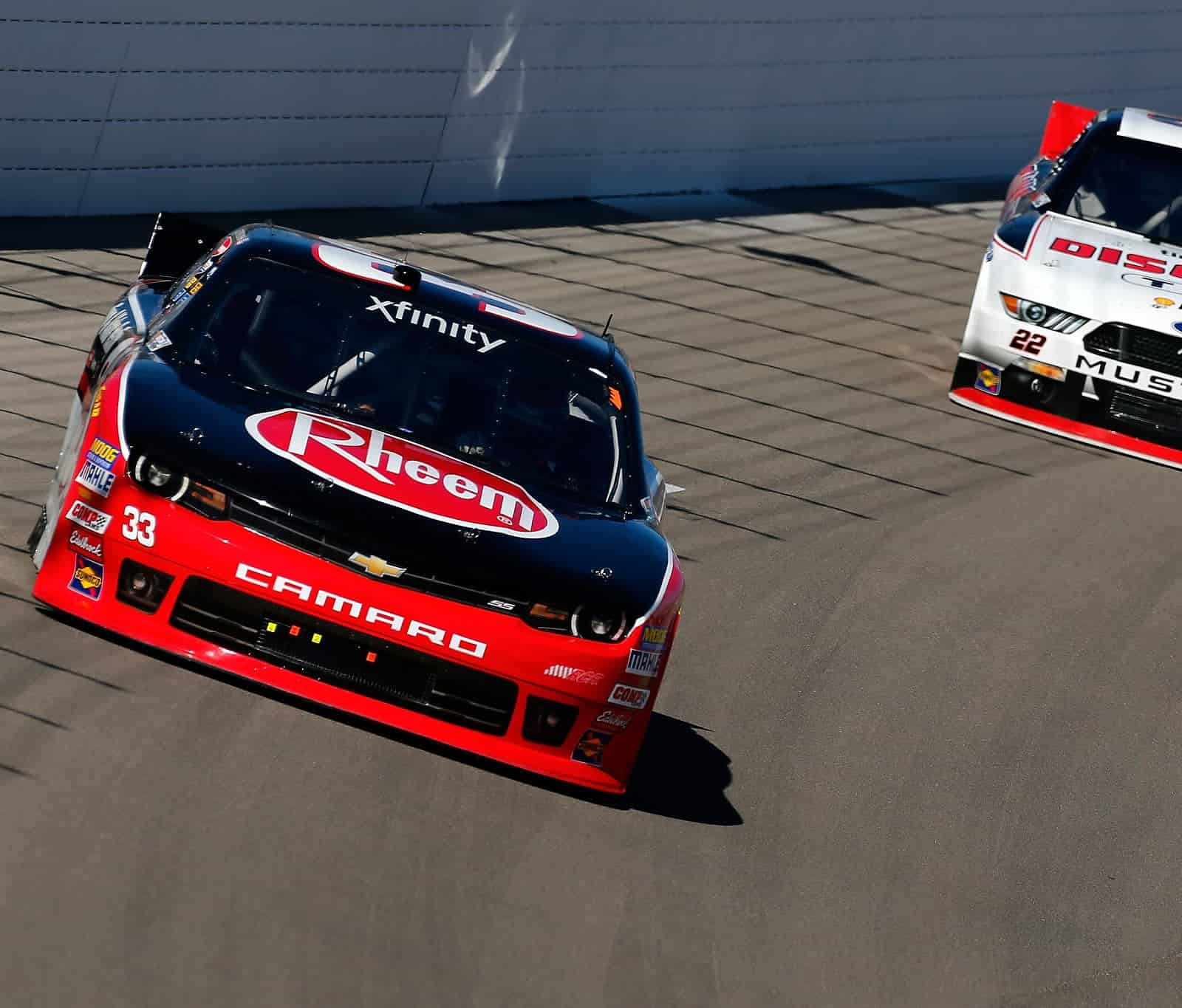 Well, that went fast. The first five races of the NASCAR Xfinity Series season are in the books, and there have been some wild events to start the year.

After seeing a driver with diabetes defy the odds of life with a Daytona victory, NASCAR Sprint Cup Series stars have taken the reigns of the sport’s second-tier division. Three Cup Series drivers entered Victory Lane in the four races following the season-opener, and they have done so in dominating fashion.

But after a stretch of five straight races in a five-week span, the Xfinity Series is now on a two-week hiatus. It’s a time for teams to regroup, which is needed for the majority of the division’s regulars who seldom race in other series.

Before we get to what some organizations need to do during this gap in the schedule, let’s take a quick look at the highlights from the first five races of the 2015 season.

Entering the season-opener, Ryan Reed had just two top 10s through 39 starts. However, Roush Fenway Racing was extremely strong at the 2.5-mile track, and he was able to win his first career race. The underdog story of a driver who struggled in his rookie year was just part of the hype for the 21-year-old. Beating the odds, he was able to get back in a race car after being diagnosed with Type 1 diabetes a few years ago. Teammate Chris Buescher helped him get to Victory Lane, and that has been the lone success story for an Xfinity Series-only driver thus far.

And this is where the dominance of Cup Series drivers entered, as always. Kevin Harvick’s incredible hot streak dating back to last season continued at Atlanta, where he led 101 laps and edged out Joey Logano by just over one second. But what was truly remarkable about Harvick’s victory was it showed JR Motorsports is still going to be the team to beat for the second consecutive year. Ty Dillon suggested that Richard Childress Racing will once again be strong at the intermediate tracks, which is something that he will need to work on heading into the next stretch of races.

The aforementioned RCR team got even stronger at Las Vegas. Austin Dillon returns to the Xfinity Series this season with an extended schedule after focusing on his rookie year in the Cup Series. He’s running worse in the Cup Series early in his sophomore year, but the No. 33 car went to Victory Lane in the Xfinity Series, and has been quite strong early in the year. Dillon’s triumph proved that he can still contend for wins given the right equipment. Though Ryan Blaney put up a great fight for the win, Dillon prevailed and gave the team confidence that it lacked last year.

Close racing is great for the sport, especially in a race that has historically not been anywhere near tight at the finish. Kyle Busch and Brad Keselowski have dominated Phoenix since 2013, but that changed this year. Logano earned his first win since 2013, and in doing so gave Team Penske its five consecutive season with at least one win. Matt Kenseth gave him a run for his money throughout the day, especially near the end of the race, but Logano was able to hold him in a stellar finish.

Harvick went back to Victory Lane for the second time this season and showed that the No. 88 team has a strong chance to win the owner’s title this season. In dominating fashion, he secured his 46th career Xfinity Series win and reigning champion Chase Elliott was just behind him in fourth after struggling throughout the weekend. But what made this race extremely significant is five Xfinity Series regulars finished inside the top six, edging out multiple Cup Series stars in the process.

With the added off-time, teams are set to rebound from a rough start.

RFR got off to a hot start, but has since struggled at the intermediate tracks. Buescher has shown championship-like qualities early in the year, but his teammates are limping around the outside of the top 10. Reed is fourth in points, yet he hasn’t shown much speed with the exception of his win. Veteran Elliott Sadler has had an awful start to the year, and things don’t look like they’ll be getting much better for the No. 1 car. Meanwhile, Darrell Wallace Jr. has been impressive early in the year, and led a handful of laps at Fontana. However, the team has struggled to adjust to the changing track conditions, which has triggered weak results that haven’t resembled its speed.

JRM has been fast out of the gate. Elliott wrecked at Daytona but has since gelled with new crew chief Ernie Cope. He has three top fives to start the year and he has been able to show vast improvements from practice to race day, which is the quality of a veteran driver coming from a teenager. Regan Smith has been consistent as per usual, but he hasn’t shown speed like his teammates, and Jason Burdett will need to attempt to find a drop more speed in the No. 7 car if they want to win a race.

RCR has been a tale of two cities early in the year. Dillon leads the driver standings and is incredibly fast to start the year with an average starting position of 19.6 through the first five races, which doesn’t seem like a man that won three poles in his rookie year. But his race-day setups have been up to part with the rest of the field, and that’s what counts. Brendan Gaughan has been solid to start the year, and the veteran of RCR is riding high going into the off weeks. He is a driver that would have loved to see the season continue, but a chance to focus on his Cup Series ride with Premium Motorsports can’t hurt. Brian Scott has three top 10s to start the year and should be inside the top 10 in points. However, multiple engine issues have plagued him twice this year, and he is attempting to regain the momentum that he had through the final nine races of last year, where he never finished worse than 10th.

As the series approaches Texas in early April, each team will be testing new packages on their simulations to figure out what will help them contend with the Cup Series drivers. The first standalone race isn’t until Iowa in mid-June, and until then, the Xfinity Series could continue to be dominated by the Cup Series stars.

Note: NO Actual Truth will appear in any Fictional Evaluation provided by Fantasystretch. The actual non lapdog press state of the infinity series: Fans are not interested in watching Cup drivers destroy the series for additional practice, the thrill of beating up on lesser drivers while depriving them of a paycheck, or because they have serious personality disorders. The series has no competition and thus no fans. Check out the stands. It’s not even racing anymore.

JohnQ,
So very true. The “author” writes an article about the state of the “cup practice and ego boosting series” but doesn’t even write about how ridiculous the series has become because of the greedy cup drivers picking up an extra paycheck and boosting their Hindenburg sized egos. Oh but they tell us they need cup drivers to attract a crowd, but we see completely empty grandstands. Ridiculous is all one can say, and the series is not worth watching.