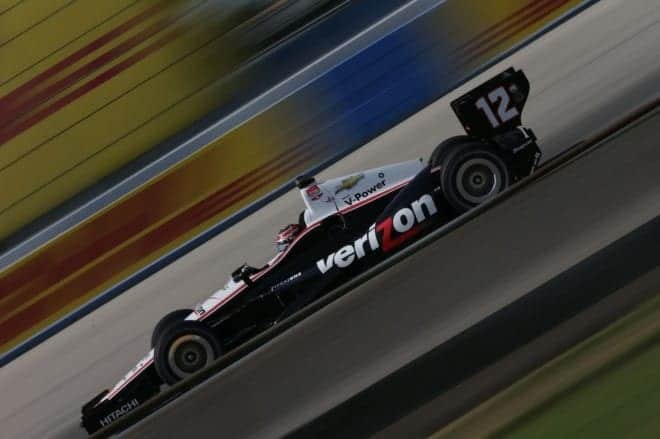 It seems like it has been quite some time since the IndyCar Series was ripping around the track. Oh, that’s right, it has. The end of the 2014 season came on Aug. 30, which means that nearly seven months have passed since it ran competitive laps. Sure, they’ve been testing, but that’s quite the layoff. The fact that the original season opener scheduled for earlier this month in Brazil got scrubbed from the schedule added to the long break. At one point there had been a possibility that IndyCar might go to Abu Dhabi but that may have been nothing more than wishful hoping.

All of that is exhaust fumes now, foggy remnants left in the past, and it is time to look forward, which means it’s time for the series to hit the familiar track in St. Petersburg. Will Power won the race last year on his way to his first – at long last – championship. The curious thing with Power, who had finished second overall three times previously, is whether he may be set to run for a string of of titles now that he has removed the proverbial monkey from his back – something he pantomimed on the stage at Auto Club Speedway. Power has frequently seemed to be a nervous sort of driver but this success may be the sort that calms that anxiety and brings forth a better racer, more like the ever-composed Scott Dixon. That is not to state that Power will be a changed man but rather there is a potential there.

Lots. Let’s start with drivers hanging drapes in new homes. Simon Pagenaud leads the list as he joins Team Penske. The Frenchman had the potential to win the championship last year while driving for a smaller team, so the move to Penske should make him even better. Pagenaud was thought to be the catch of the offseason.

The affable Canadian James Hinchcliffe has moved on from Andretti Autosport to take a seat at Schmidt Peterson Motorsports, replacing Pagenaud. Though Andretti may be a premier organization, Hinchcliffe often seemed to not quite fit in and this change may prove to be a good one.

At Chip Ganassi Racing, the young phenom Sage Karam takes over for Ryan Briscoe in an example of choosing youth over experience that everyone saw coming. Briscoe has yet to find a ride which is not altogether surprising with his ho-hum results from last year.

Jack Hawksworth, who himself looks to be a rising talent, will be joining Takuma Sato at A.J. Foyt Enterprises as the team expands to having a second full-time ride. While this team may not be a stellar one, it has shown glimpses and by now adding a car, it should help in the sharing of technology which, as long as it has not stretched its resources, should bring improvement.

Other moves include Stefano Coletti taking over for Sebastian Saavedra at KV Racing, while Simona de Silvestro returns to IndyCar and will join Andretti, at least for St. Pete, after a year hanging around Formula 1 that amounted to nothing.

This race will be the 11th iteration for IndyCar at St. Petersburg. The course is 1.8 miles long and features 14 turns. The drivers face pushing for 110 laps and the current weather forecast looks favorable, with sunny skies predicted. The course uses both the streets of the area as well as Albert Whitted Airport. Team Penske dominates the track, having won six of the last nine events.

Everyone is in first. But then again, everyone is also last.

Chevrolet ran away with the title last year, and in some regards there is little to think that may change. The new aero kits may be the one thing that levels things between the two manufacturers. Honda is bringing a kit that is closely tied to wing and fender configurations used in Formula 1 while Chevrolet’s looks, in contrast, more basic.

Graham Rahal. During testing Rahal frequently appeared on the timesheet as the fastest Honda, which is rather surprising considering the resources that Andretti Autoport has. Rahal’s team continued to show improvement last year, and if not for a botched fuel strategy at Sonoma he would have taken a win. It seems like he and his team may be coming into their own, and what better way to show it than a strong performance at a track where he won in 2008?

The aero kits will be the big thing to keep an eye on both in the first race and as the season progresses. Teams will be able to tinker with the kits and it is unknown if either manufacturer has either a) shown everything they have got or b) figured out their best configuration. The kits should bring an interesting aesthetic to the cars, making them do a better job of standing out from one another. One other technological tidbit will be the possible introduction of LED panels on the sides of the car which will display their place on the track.

Covering races wouldn’t be any fun if we weren’t trying to prognosticate the winner.  For friendly competition, Toni Montgomery is going with Juan Pablo Montoya, who seems like a solid choice considering how he finished the 2014 season.  Going with what seems like a more likely choice, Matt Stallknecht sees Power atop the podium. But how about someone from a team other than Penske – I’ll take Dixon.

The next race on the schedule is the inaugural Indy Grand Prix of Louisiana on April 12. The new track was designed by Alan Wilson who also led the crafting of the Barber Motorsports track. The long straights should prove interesting for passing, but just being a new track should bring a sense of curiosity.