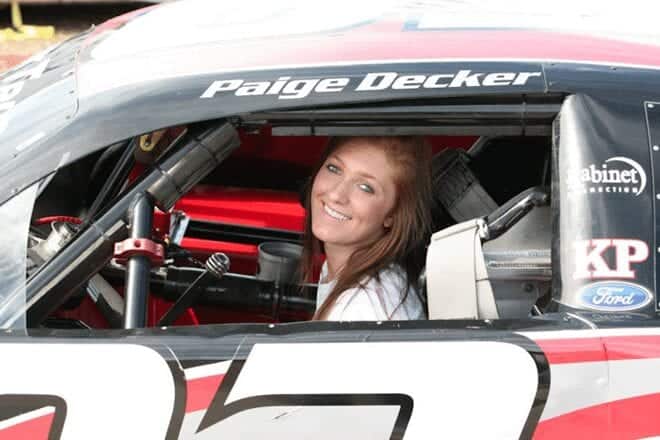 Another new face will attempt their Camping World Truck Series debut this weekend at Martinsville Speedway.

Decker will drive the No. 74 Chevrolet for Mike Harmon Racing.

Decker, who was the first female rookie of the year in the TUNDRA Series, will have sponsorship coming from long time supporter Suebert Calf Ranches. She will also have an associate sponsorship support from Fennetti Community Center along with 20 other local businesses from her hometown of Eagle River, Wis.

The team finished 36th in the NASCAR Camping World Truck Series owner points standings in 2014, and Martinsville is the final week for using 2014 owner points for qualifying. Jordan Anderson drove the truck the first two races of the season, failing to qualify at Daytona and finishing 23rd at Atlanta.

Maybe GoDaddy can pick her up and finally win a race.