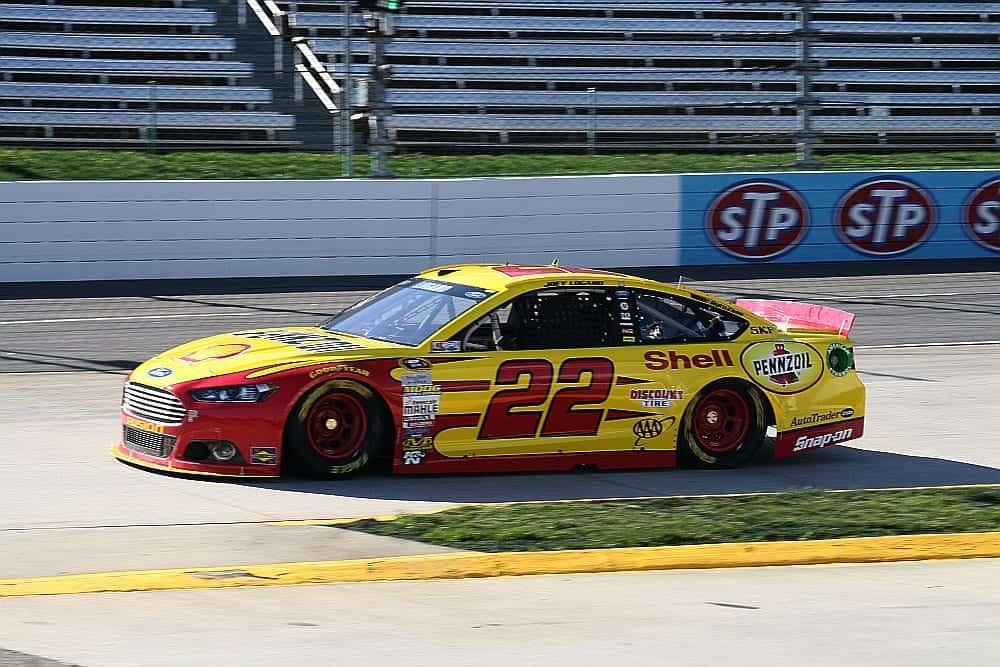 No matter the type of track, Team Penske keeps finding ways to shine.

A week after teammate Brad Keselowski’s win at Auto Club Speedway, Joey Logano ran a 19.232-second lap to claim the pole for Sunday’s STP 500 at Martinsville Speedway, Logano’s second pole of the season.

The surprise of qualifying was three-time champion Tony Stewart. Stewart, 43, was consistently fast en route to a sixth-place qualifying effort, the best for Stewart-Haas Racing. Kyle Larson, Matt Kenseth, Kasey Kahne and AJ Allmendinger made up the rest of the top 10.

Last year’s winners struggled in qualifying. March winner Kurt Busch failed to advance past the first round, qualifying in 26th, while October winner Dale Earnhardt Jr. had to settle for 14th, the worst of the full-time Hendrick Motorsports drivers.

Kevin Harvick, who is currently riding an eight-race top-two finish streak, qualified in 17th. He’ll have an uphill battle if he wants to continue the streak.

2014 Xfinity Series champion Chase Elliott may have been nervous that early morning rain would keep him from making his first Sprint Cup Series start. However, once the green flag fell, he showed speed. Elliott qualified in 27th, good enough to make Sunday’s race and just shy of making the second round.

Casey Mears advanced to the second round, but was unable to make a qualifying lap after suffering a battery issue. He’ll start in 24th on Sunday.

Ron Hornaday Jr., who crashed at the end of round one of qualifying, and Brendan Gaughan both failed to qualify for Sunday’s event.

The Sprint Cup Series will return to action at Martinsville Speedway for two practice sessions on Saturday, followed by Sunday’s running of the STP 500 at 1 p.m. ET on FOX Sports 1.