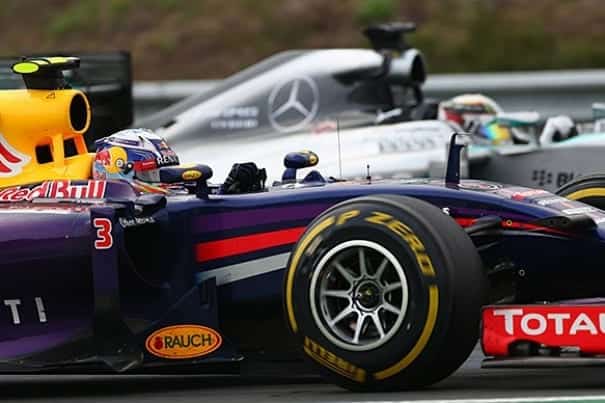 The second round of the Formula 1 season gets written this weekend as the series visits the Sepang track for the Malaysian Grand Prix. There’s been a spate of news in the interim since Australia, with perhaps the most notable being that there will be no German Grand Prix on the calendar this year. That makes for two races that have been canceled since the schedule was announced – previously the Korean Grand Prix had made the schedule but was later removed, something that was expected as the main reason that Korea had been announced was to exploit a loophole in the regulations with regards to the car’s engines.

Having the German race canceled, however, is more difficult to embrace. The sport continues to move the bulk of the races outside of Europe even while the teams are still headquartered there. That the German Grand Prix has a lengthy history ostensibly means nothing in comparison to the money that a track like Russia or Abu Dhabi brings in for the governing body.

The race in Germany had already been facing issues as it switched between tracks on a yearly basis, using Nurburgring and Hockenheim in an effort to defray costs. These tracks can do so no longer which brings about some unwelcome questions like, a) are European fans tired of the sport? b) has television coverage made going to the track less of an experience? c) have the changes to the cars in the past few years driven away some of the core audience? and d) is the anger toward Bernie Ecclestone becoming that great?

Whatever the reasons, it is disappointing that another stalwart of the schedule will be crossed off for this year. Auf wiedersehen, hope to see you back in 2016.

The track in Sepang is 3.4 miles long with 15 turns. It opened in 1999 and has hosted a race every year since and features the second-longest straightaway on the circuit. The past two races have brought drama between teammates with Mark Webber and Sebastian Vettel leaving in a tiff in 2013, followed by Lewis Hamilton and Nico Rosberg doing the same last year.

Rain is often a factor at the track, with downpours a regular occurrence. Of active drivers, Vettel and Alonso lead the way with three victories apiece. Michael Schumacher holds the high mark with four wins.

Race coverage, for those in the United States, is brought to you by NBCSN with its broadcast starting at 2:30 a.m. ET. The network will re-broadcast the grand prix at 3:30.