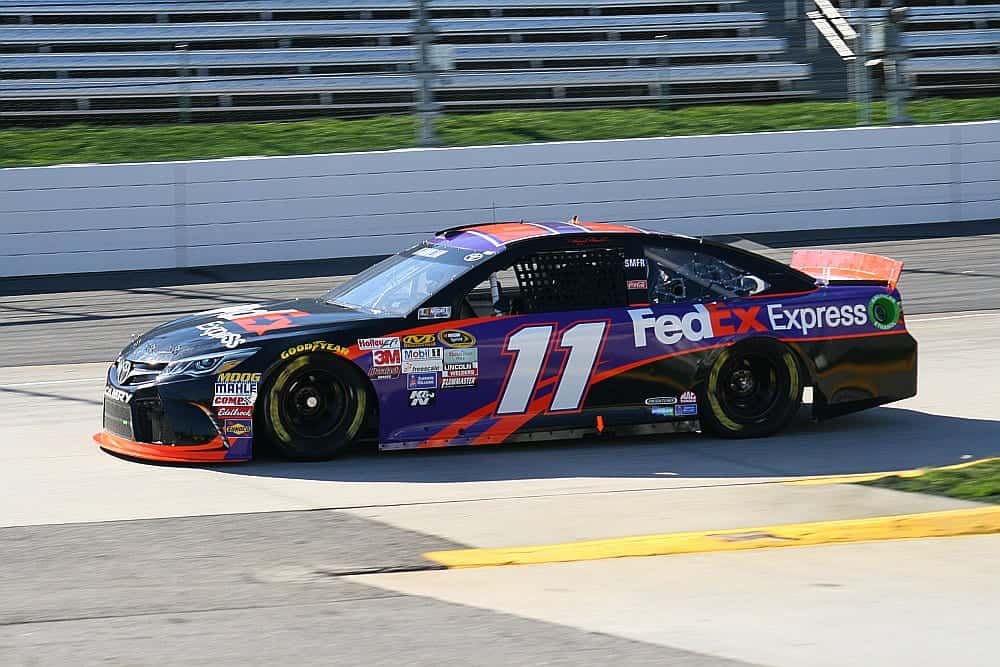 Hendrick Motorsports, the dominant team at Martinsville as of late, had a strong showing in practice. Eight-time Martinsville winners Jimmie Johnson and Jeff Gordon finished the session in second and third, with Kasey Kahne finishing with the fourth fastest time. Gordon, who made contact with Aric Almirola early in the session, had the fastest five- and 10-lap average. The fourth-fastest Hendrick driver was Dale Earnhardt Jr., who completed the session with a time of 19.689 seconds, good enough for 18th. The last time the Sprint Cup Series was at Martinsville Speedway, Earnhardt went to victory lane with Gordon coming in second. The fifth Hendrick driver for this weekend, and making his first Sprint Cup start, Chase Elliott had a clean practice session and ended it in 20th place.

Paul Menard and Ryan Newman were sixth and seventh in practice. Kyle Larson was eighth in the session, while Martin Truex Jr. and Kevin Harvick completed the top 10. Kurt Busch, coming off a third-place finish last week at Auto Club Speedway, won this race one year ago and started off his Saturday with a fastest lap of 19.626 seconds, good enough for 12th. Tomorrow’s polesitter Joey Logano ended the session in 15th.

Justin Allgaier (25th) and Casey Mears (32nd) made it through practice unscathed, but after issues in qualifying yesterday, they will both have to start tomorrow’s race in the rear of the field.