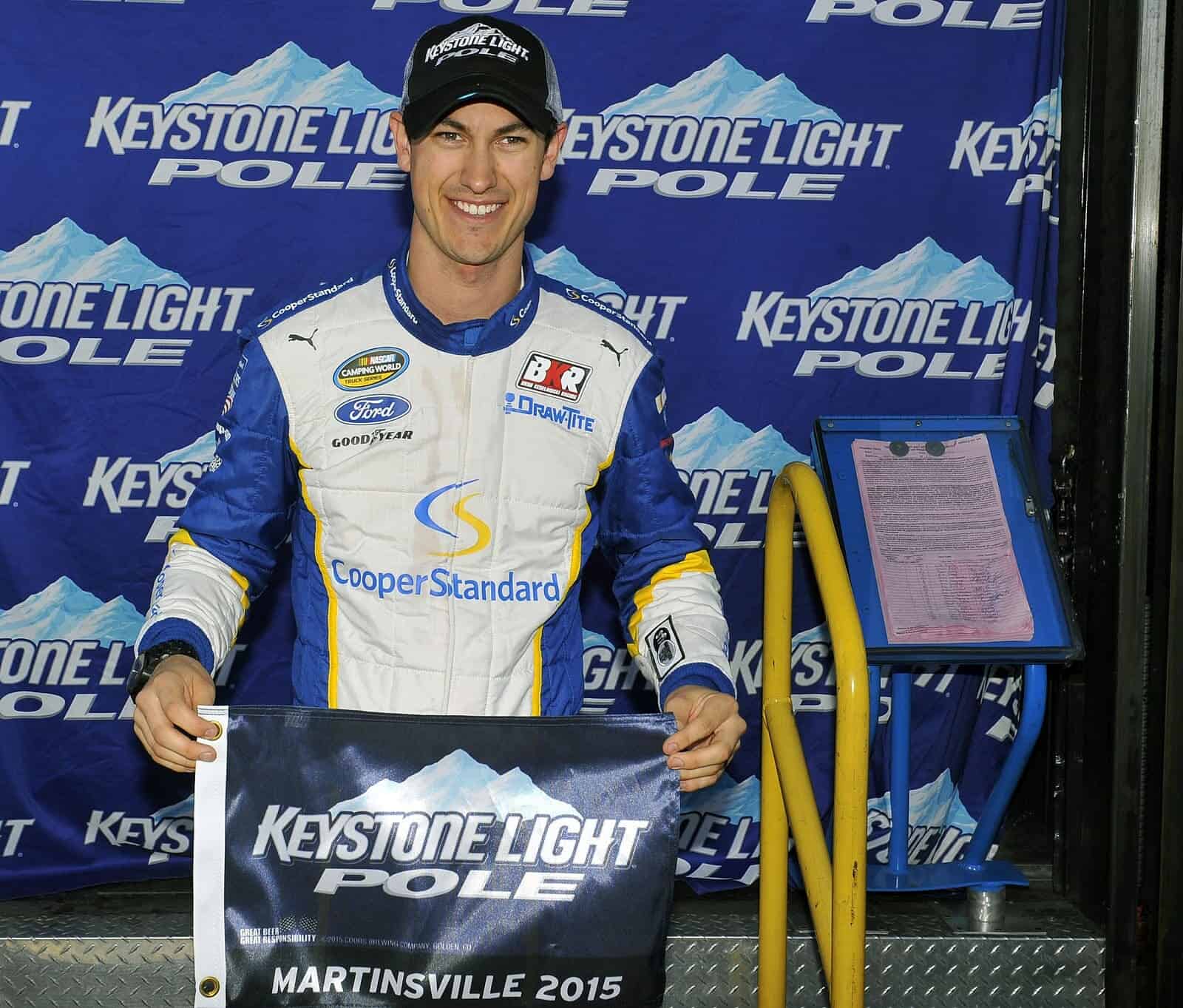 NASCAR Camping World Truck Series qualifying had a very eventful final two rounds. Drivers raced their way in and were then knocked out in the final minutes of the second round. Oh, and the eventual polesitter spun in the final round.

Joey Logano, with a track record time of 19.504 seconds, won his first career NCWTS pole award for the Kroger 250 and swept the pole positions for this weekend. Logano will start on the pole for Sunday’s Sprint Cup Series race as well.

In an attempt to best his fastest time, Logano got loose and spun on the exit of turn 2. Though he didn’t hit anything, there was some concern that Logano would have to change the tires on the truck, which would require him to start at the rear of the field. However, after further evaluation, the team determined the tires were race ready and Logano will maintain his top starting position for Saturday afternoon’s event.

David Gilliland had a solid session, making all three rounds and finishing the third and final round in the eighth position. Johnny Sauter and Tyler Young will start Saturday’s 250-mile race in ninth and 10th respectively. Last year’s race winner Matt Crafton failed to make it to the final round after being knocked in the final minute of round two. He will start the race in 13th.