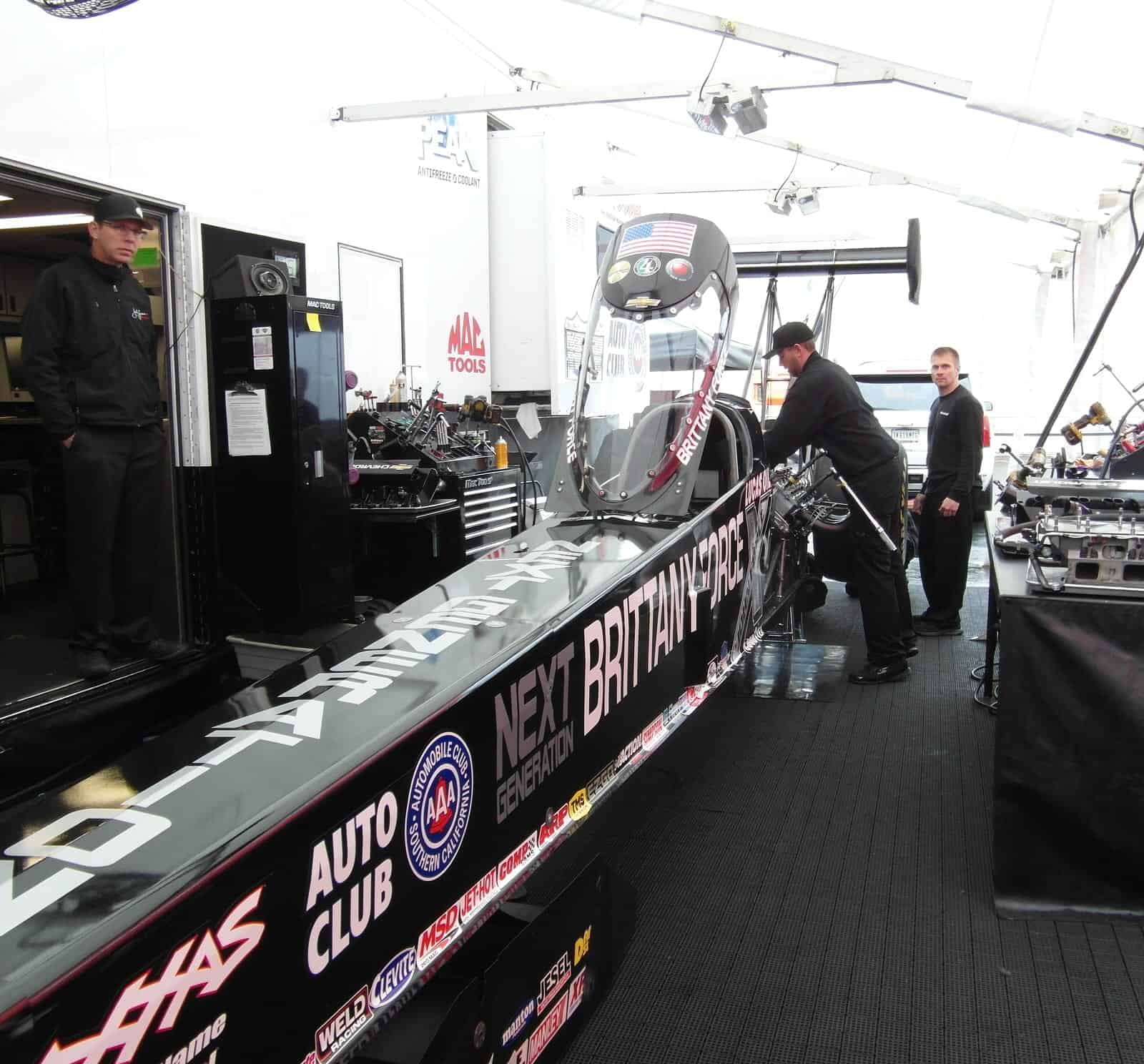 After a rainy Friday forced the cancellation of all on track activity at the NHRA 4-Wide Nationals at zMAX Dragway, a sunny but cool Saturday produced two very fast qualifying sessions. The sun kept the track temperature in the mid-80s, but air temps in the low-to-mid 50s made for big horsepower in the engines.

Pat Dakin the held number one spot after the first round of Top Fuel qualifying and through most of the second round until JR Todd came out in the last quad and took it with a blistering 3.713 at 309.84 mph.

“That was my career best and we didn’t even make it to the finish line under power,” said Todd. “I thought for sure it was going to run 3.70 if not 3.69 but we’ll hopefully get three more shots tomorrow to maybe improve on this .71 but tomorrow it’s all about win lights and not how quick we run.”

Courtney Force went from 16th to first in the second round in Funny Car, posting a run of 4.011 seconds at 312.35 mph. She said she was surprised not to see faster times given the good conditions but chalked it up to team’s playing it safe with only two qualifying passes.

“We didn’t get to run our two qualifying passes yesterday so coming in to today you’re already stressed out and worried, trying to do the best you can and when I went down there and pedaled the car and got it sideways, going up for the second pass I’m thinking we could so easily get knocked out of it right here,” said Force. “It’s tough going in to the next qualifying pass knowing how the last one went and just hoping you can get this car down the racetrack. Going from zero to hero, it’s really my crew chiefs and my team. We’ve still got a lot to work on and we’re looking forward to tomorrow.”

Chris McGaha grabbed the top spot in Pro Stock, with a 6.474-second, 213.70-mph pass, also staking his claim in the final group of four to run in the second session.