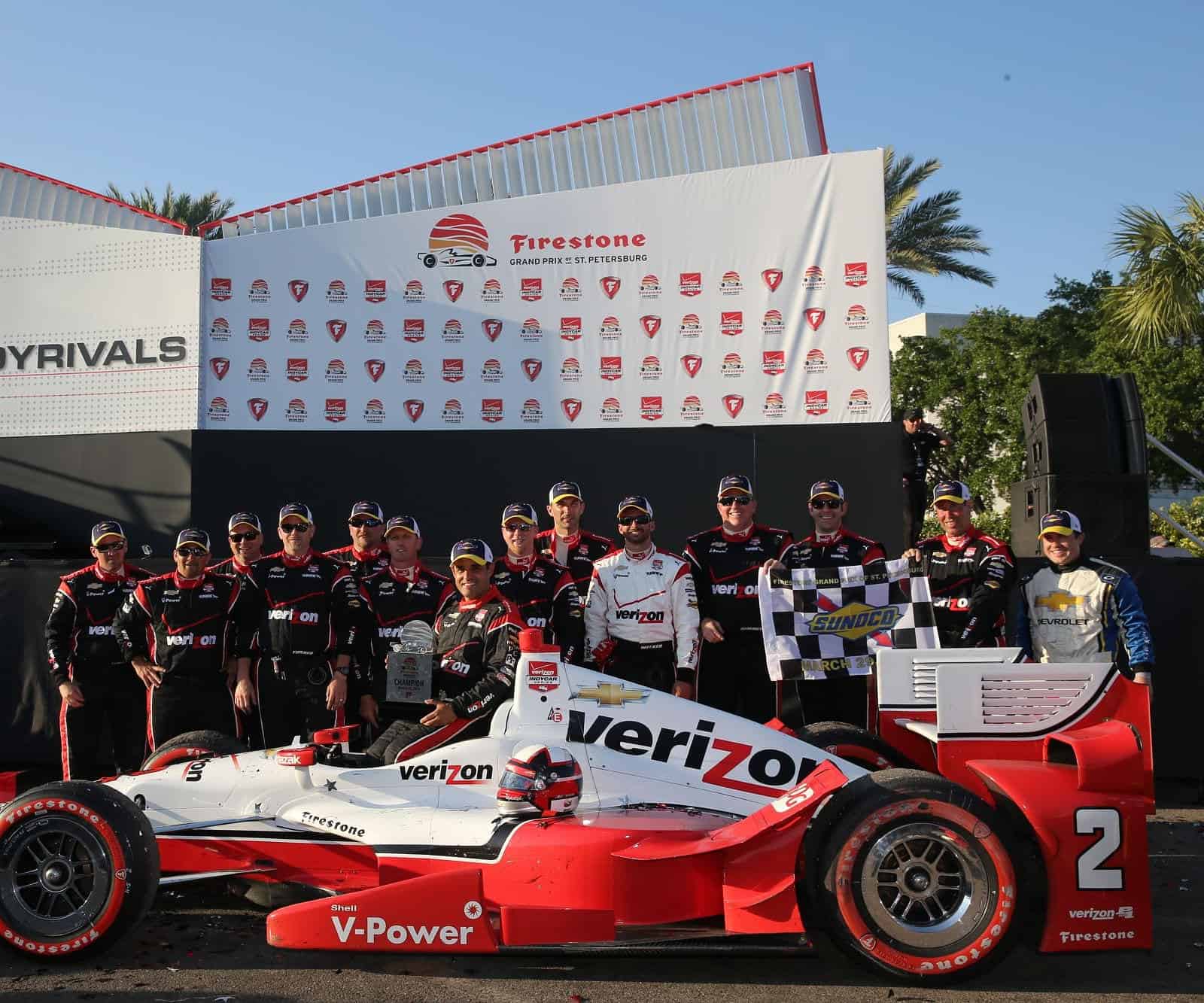 In a Nutshell: Team Penske teammates Juan Pablo Montoya and Will Power fought hammer and tong for the lead all race long, with Montoya edging the defending champ out to win courtesy of a great pit stop with 27 laps to go.

Key Moment:  Power had a comfortable lead over Montoya before the final round of pit stops took place for the leaders between laps 81 and 82. However, a miscue by Power’s pit crew cost him the lead, allowing Montoya to pull away in clean air for the victory.

Notable Driver: Montoya. It took a little while for Montoya to get back into the swing of things in INDYCAR, but he’s finally starting to display the form that helped him become a dominant force in the CART series 15 years ago. Montoya ran a masterful race on Sunday, stalking teammate Power for most of the event and then capitalizing on Power’s late pit road miscue. Montoya has new life in his role as an INDYCAR series driver for Team Penske, and my guess is that we’ll see more of him in Victory Lane throughout 2015.

“I saw him make the move but he was way too far and I wasn’t going to give him the position. If he was beside me I would have said, ‘OK, go ahead.’ When I got to the turning point he wasn’t even close. It is a shame we touched, but it’s all good, it’s racing.” – Montoya on late contact with Power

“[Team owner] Chip [Ganassi] told me to bring the NTT Data car back in one piece. He didn’t want to see a scratch apart from the marbles.” – Tony Kanaan on team owner Chip Ganassi

“I think that was the hardest seventh-place finish I’ve seen.” – Ryan Hunter-Reay

What’s Next: A new circuit, the New Orleans Motorsports Park, will be the site of Round 2 of the Verizon IndyCar Series season. Catch all the action live on NBCSN April 12th at 3 p.m. ET.