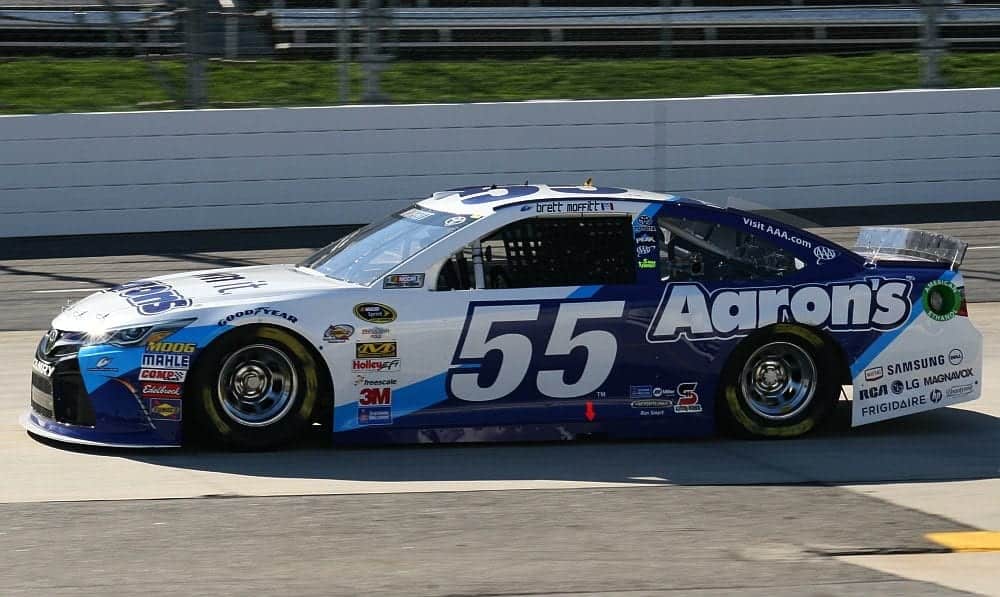 Michael Waltrip Racing announced Wednesday that Brett Moffitt will again drive the No. 55 Toyota at next weekend’s event at Texas Motor Speedway.

Moffitt was originally scheduled to be a one-race replacement for Brian Vickers in the No. 55 as Vickers recovered from off-season heart surgery. Moffitt scored an eighth-place finish at Atlanta, turning heads in the garage.

When Vickers returned to the seat the following week at Atlanta, Moffitt was contracted out by MWR to drive Front Row Motorsports No. 34 Ford, replacing David Ragan who was filling in at Joe Gibbs Racing for the injured Kyle Busch. He scored a 37th-place finish at Las Vegas and a 32nd at Phoenix.

On March 20th, Vickers announced that the blood clots that have kept him out of the car on two occasions since 2010 had resurfaced and that he would be unable to race for the next three months due to being placed on blood thinners.

He is currently 30th in Sprint Cup points.

Moffitt also registered to run for Rookie of the Year honors prior to the Auto Club race. He is currently second in the rookie standings, trailing Jeb Burton by 32 points.

The team did not announce a sub for the No. 55 for the races following Texas.