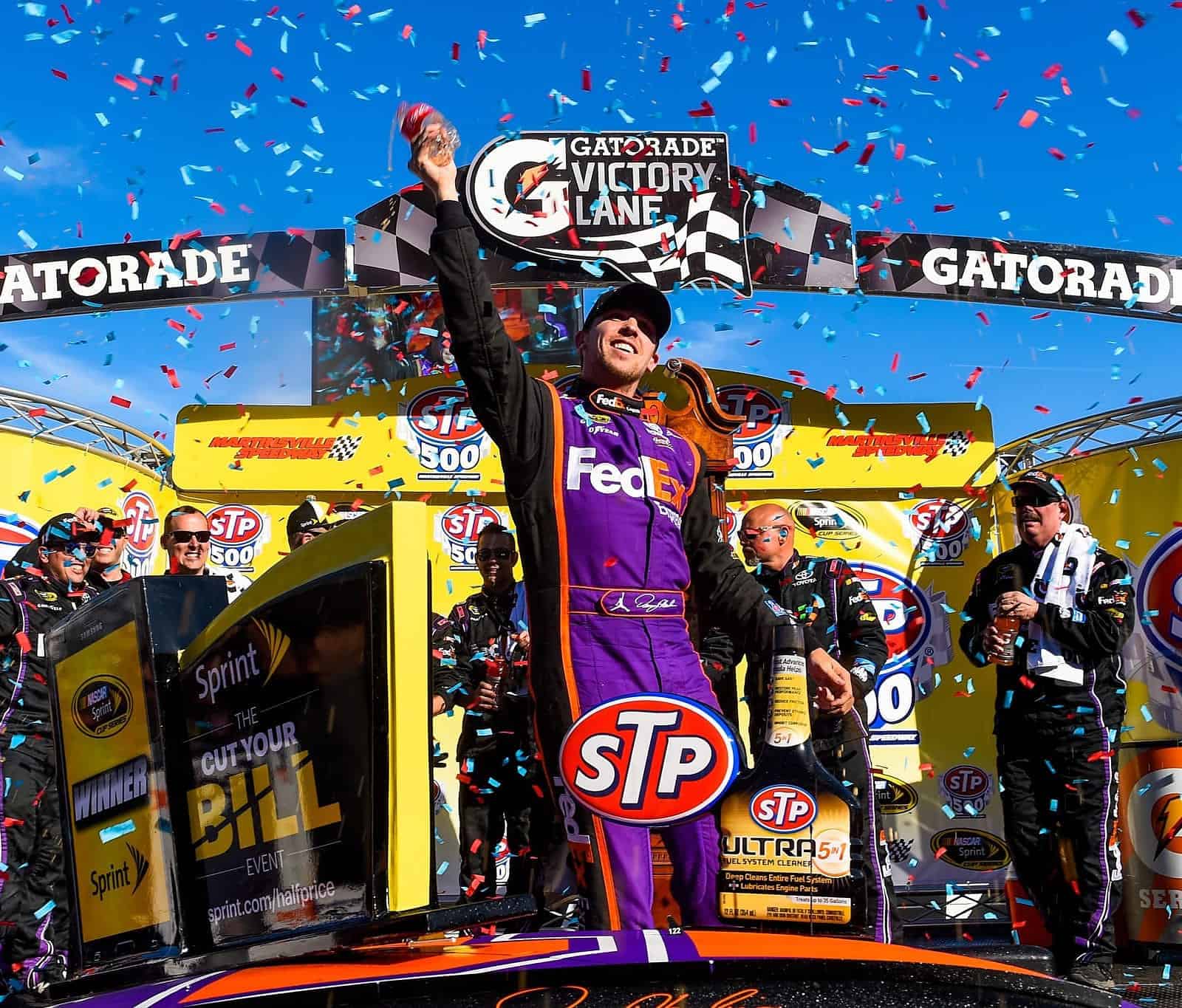 It seems, for the time being, that Joe Gibbs Racing is back. JGR cars took three of the top-five finishing positions at Martinsville including David Ragan (fifth), Matt Kenseth (fourth) and winner Denny Hamlin. Carl Edwards finished in 17th position. Hamlin did not lead the most laps, but he led the one that mattered most, grabbing his fifth win at Martinsville.

Perhaps the biggest story to come out of Martinsville is the fact that Kevin Harvick’s top-two finishing streak finally came to an end. Althought he led a race-high 154 laps, Harvick finished eighth. It was not the debut Chase Elliott was hoping for, as early crash damage put his No. 25 car behind the wall for a number of laps. Elliott wound up finishing in 38th place.

A number of drivers turned some heads with their strong, and poor, finishes. Notables in the top 10 included Danica Patrick (seventh) and the aforementioned Ragan, while Jimmie Johnson and Dale Earnhardt Jr. were both involved in on-track incidents and finished 35th and 36th, respectively. In the end, six of the top 10 in the Power Rankings after California finished in the top 10 at Martinsville.