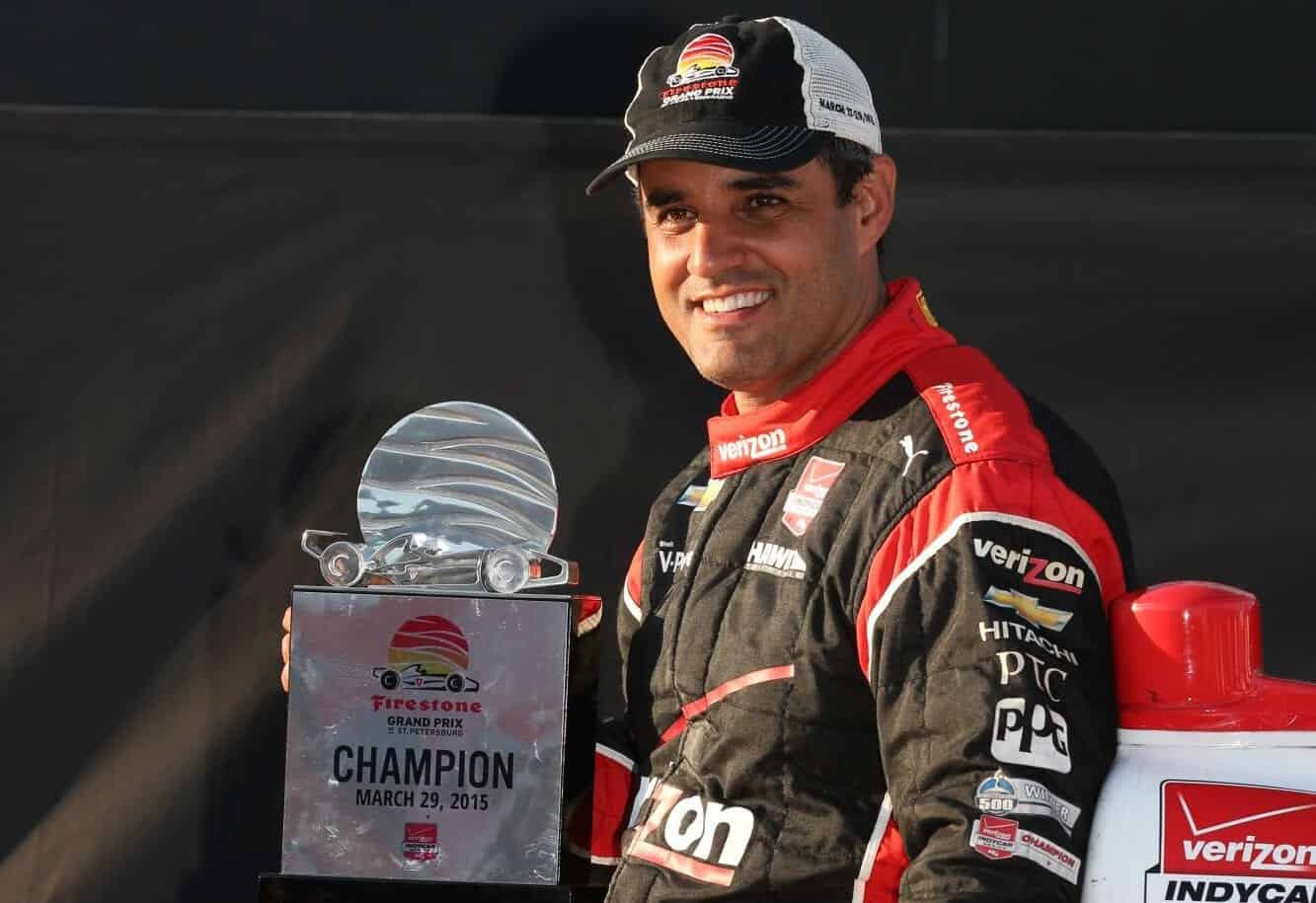 A quick note before getting into any kind of discussion about the season opening IndyCar race. While this column may attempt to bring some humor to the sport, I recognize first that a woman attending the race suffered injuries from debris from one of the cars. The reports are that Brigitte Hofstetter is in stable condition but little has been offered in the way of information about her injuries, other than that she had been hit in the head, treated at the scene and then transferred to a hospital.

The topic of the debris, however, was going to be part of the column regardless. First it’s time to take a look at the big story: Juan Pablo Montoya’s win. It’s hard to call his victory surprising. The fact that he won last year in his return to IndyCar was a story in itself. And that he carried himself as an outside contender to the championship all the way to Sonoma showed that he still likely had the talent to race at the upper echelons. (Or he was driven by fury and was looking to stick it to Chip Ganassi, who didn’t move him from NASCAR to Indy and just let him walk.)

Last year’s win came with a caveat. Because he won at Pocono, there was sense that NASCAR had improved his oval racing skills and he, in many ways, should have been the favorite to win on a track that only features lefts. That he was and is driving for one of the most dominant teams also made it seem like a win for JPM would be fait accompli.

But kicking off the season with a win at a road course makes more of a statement. While no one thought that he would just be riding around at St. Pete, it is doubtful that most favored him for winning. Those kind of non-expectations may just be what the Colombian driver needs.

It’s not like Montoya is now in a series without pressure. It’s just that in other series the expectations may have been too lofty, or the circumstances unwieldy. Now in IndyCar, he might have found a home where he can showcase his immense talent, coupled with his years of experience driving what seems like everything under the sun. At this point, if he showed up in a garbage truck there’s a good chance he might put down a decent lap time. (Are there garbage truck races? If not, how does one make that happen – and then how do we get Montoya behind the wheel?)

That’s not to say that Montoya didn’t get a little help this past Sunday. The drivers, apparently wound up by having too much time between the end of the 2014 season and the beginning of this one, raced with seeming abandon, willing to test the limits of their cars, happy to rub the Indy-equivalent of fenders, and basically test the ability of the new aero kits to withstand a beating.

One of the big moves during the offseason was the development and implementation of aero kits that will help to distinguish the manufacturers while also giving teams new toys to tweak in an effort to get away from what amounted to standardized rides. Straight off, it looks like Chevrolet has something figured out compared to Honda. These things ebb and flow over the course of a season, however, and that may change – or it may not.

As the eager drivers got going the frequently spread parts of these new aero kits all over the course. Turn a few laps, caution flag. Few more, caution flag. At one point the race felt like it would be the DebrisFest 250.

All of the caution flags served to reel in the leader and defending champion, Will Power, who would often get away from the field only to be brought back to everyone else. Power seemed like he had everything figured out and was going to defend his race win from last year, but he quite got away after the last restart. Sure, he built up a three-second lead, but he also started to go into a fuel management strategy that maintained a decent pace but not the scorching one from earlier in the contest. And who was there to pounce? JPM.

Montoya had driven an excellent race, having to actually pass cars while Power was able to cruise. When the two drivers got into their pit stops, Montoya made the most of his with a great lap in and a great lap out. Then he just needed that little bit of help.

When Power’s team had an air gun go faulty, the extra second in the pits was all that was needed for Montoya to get away. Sure, Power caught him at points during the last ten laps but all for naught, especially as St. Pete is a difficult one for passing. And now Montoya sits in the points lead, a position he hasn’t seen for quite a while.

Montoya may just be the force that no one was quite expecting now that he’s gotten more familiar with IndyCar. It looks like he might be rounding into form, and it doesn’t hurt that the Penske Team has a bevy of resources. Might he run away with the season? Maybe. Probably not. But watching Montoya succeed can no doubt bring good things for the series.