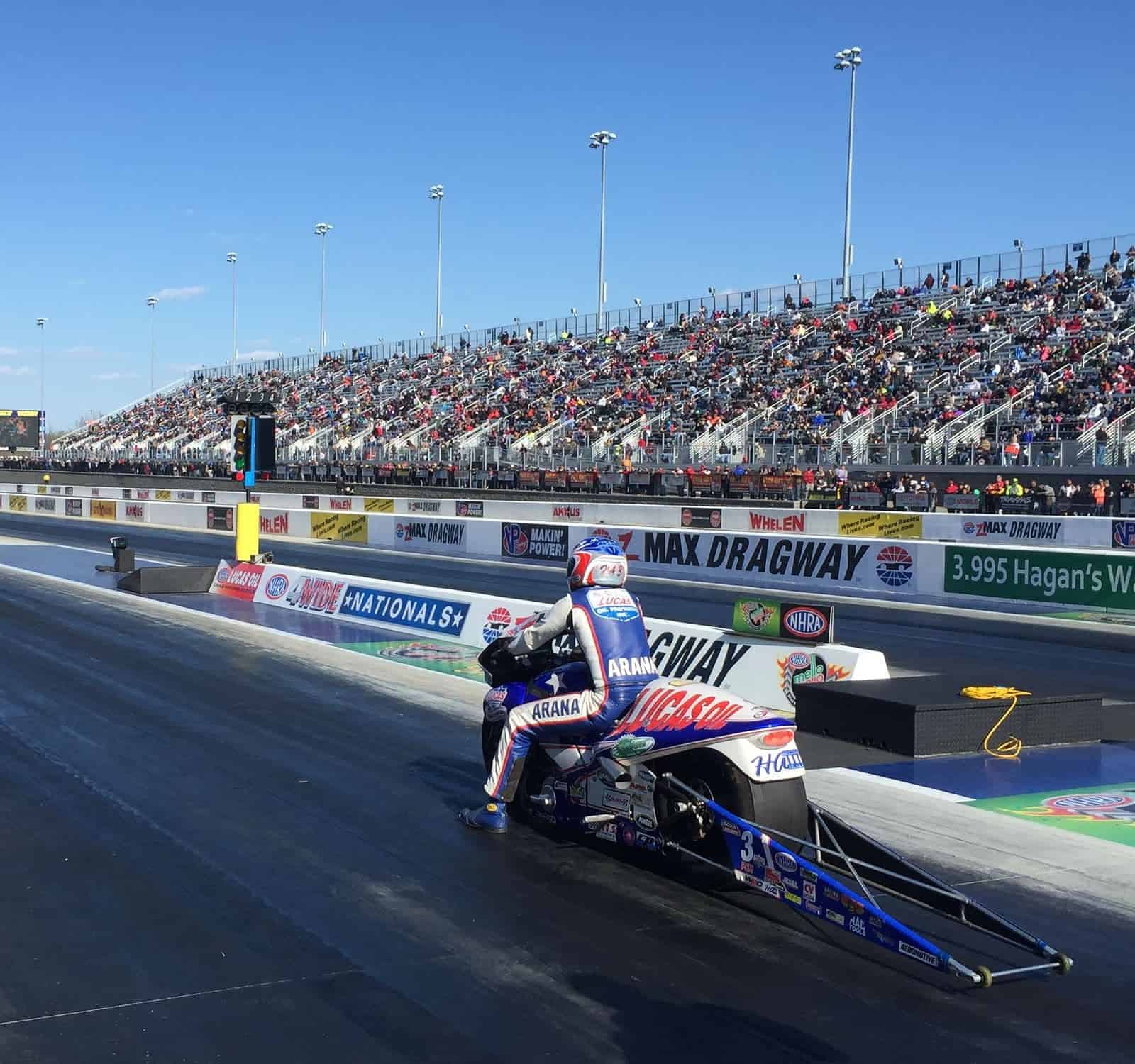 Short Tracks: Spring Means a New Start – For the last decade, the holiday weekend has been synonymous with the Pro All Stars Series Easter Bunny 150. Every year, several super late model teams from across the eastern part of the country flock to Hickory Motor Speedway (N.C.) and this year was no different. Veteran driver Preston Peltier, who works for Hendrick Motorsports during the week, piloted a Robert Hamke-owned Dodge Challenger chassis and turned in a dominating effort, leading 124 of the 150 laps. Following him to the line were Dillon season opener winner Tyler Church, Maine father and son Mike and Ben Rowe, and third generation competitor Brandon Setzer.

As an added bonus for 2015, the Must See Sprints made an appearance as part of the festivities at Hickory for their annual Southern Showdown. Veteran and Sprint Car Hall of Famer Jeff Bloom inherited the victory as weekend dominator Aaron Pierce was penalized due to the wicker bill on his car being too high in post-race inspection.

The theme across the country once again as spring continues to bloom were season openers at several tracks. Perhaps the most prevalent when it came to boasting strong car counts was in the state of Ohio. At NASCAR-sanctioned Columbus Motor Speedway, counts in the double-digits for each of their four weekly divisions were present for their Doorbuster event. In the headlining late model division, longtime competitor Kyle Jones took the win with Kyle Purvis taking the checkers in the modified division.

Further north and over to the dirt surface, Attica Raceway Park hosted full fields of the All Star Circuit of Champions, UMP Late Models, and 305 Sprint Cars for their 24th Annual Spring Nationals. Pennsylvania visitor Ryan Smith, a first-time winner on the World of Outlaws circuit last October, picked up his first series win in his first career start. The night of firsts continued with Chris Keller and TJ Michael picking up their first wins ever in their respective divisions. – Aaron Creed

NHRA: Breaking Records – The cool and dry conditions at zMAX Dragway in Charlotte, N.C., last week led to a lot of record breaking runs, including some eye-popping speeds from Hector Arana Jr. in the Pro Stock Motorcycle category. Although he did not take home the Wally, Arana Jr. came away with the speed record for the two-wheelers with a mark of 199.88 mph set in the final elimination round. The record stood because he’d already run a 199.26 in the semifinals, good enough to serve as a backup as well as tie the 3-year-old mark set by Eddie Krawiec.

Englishtown, N.J., or Reading, Pa. could be good candidates for the place the 200-mph record is reached, although it will require just the right conditions. In the meantime, Arana Jr. will enjoy his first NHRA national record.

“It was special,” Arana said. “My dad has broken a record before, but I’ve never done that. I didn’t even realize that we got a certificate or anything like that until NHRA came by and gave me a form to fill out for the certificate.” – Toni Montgomery

Sports Cars: The Audis Reign Supreme So Far at Nogaro – Like most series around the world, most of the major racing series were off this past weekend. The Blancpain Sprint Series, Europe’s premier sprint race series for GT3-spec sports cars, was a notable exception. As of this writing, they are partway through the opening round of the season from the Circuit Paul Armagnac in Nogaro, France. The main race is scheduled for this morning. That said, if you don’t want to know what happened on Sunday, avert your eyes.

The tight Circuit Paul Armagnac is said to favor the Audi R8s over the other cars. Stephane Ortelli took advantage and put his Audi on pole with the No. 77 BMW Z4 GT3 of Dirk Müller and Maxime Martin. The duo got the jumpt on the field and thanks to the jump, kept themselves out of the mess behind. The No. 84 HTP Motorsports Bentley driven by Maximilian Buhk was spun by the No. 6 Phoenix Audi driven by Markus Winkelhock. A pile-up ensued that knocked out or delayed a good number of the main contenders, while also bringing out the safety car.

After the caution, Ortelli and Müller ran away from the remaining contenders and held their advantage through the mid-race pit stop/driver change. A second safety-car period came out after Prince Albert von Thurn und Taxis’ Lamborghini Gallardo was spun into a sand trap. That closed up the field for a final run to the finish, but no one could do anything with the team of Ortelli and Stephane Richelme, who took the first win of the season.

The No. 77 BMW of Müller and Martin was second, followed by the No. 2 Belgian Audi Club WRT Audi R8 shared by Enzo Ide and Christopher Mies. The results of the Qualifying Race set the grid for today’s Main Race, due to begin at 7:10 a.m. ET. Same-day coverage of the race (and highlighted coverage of Sunday’s qualifying race) will air tonight at 8:30 p.m. on CBS Sports Network. – Phil Allaway