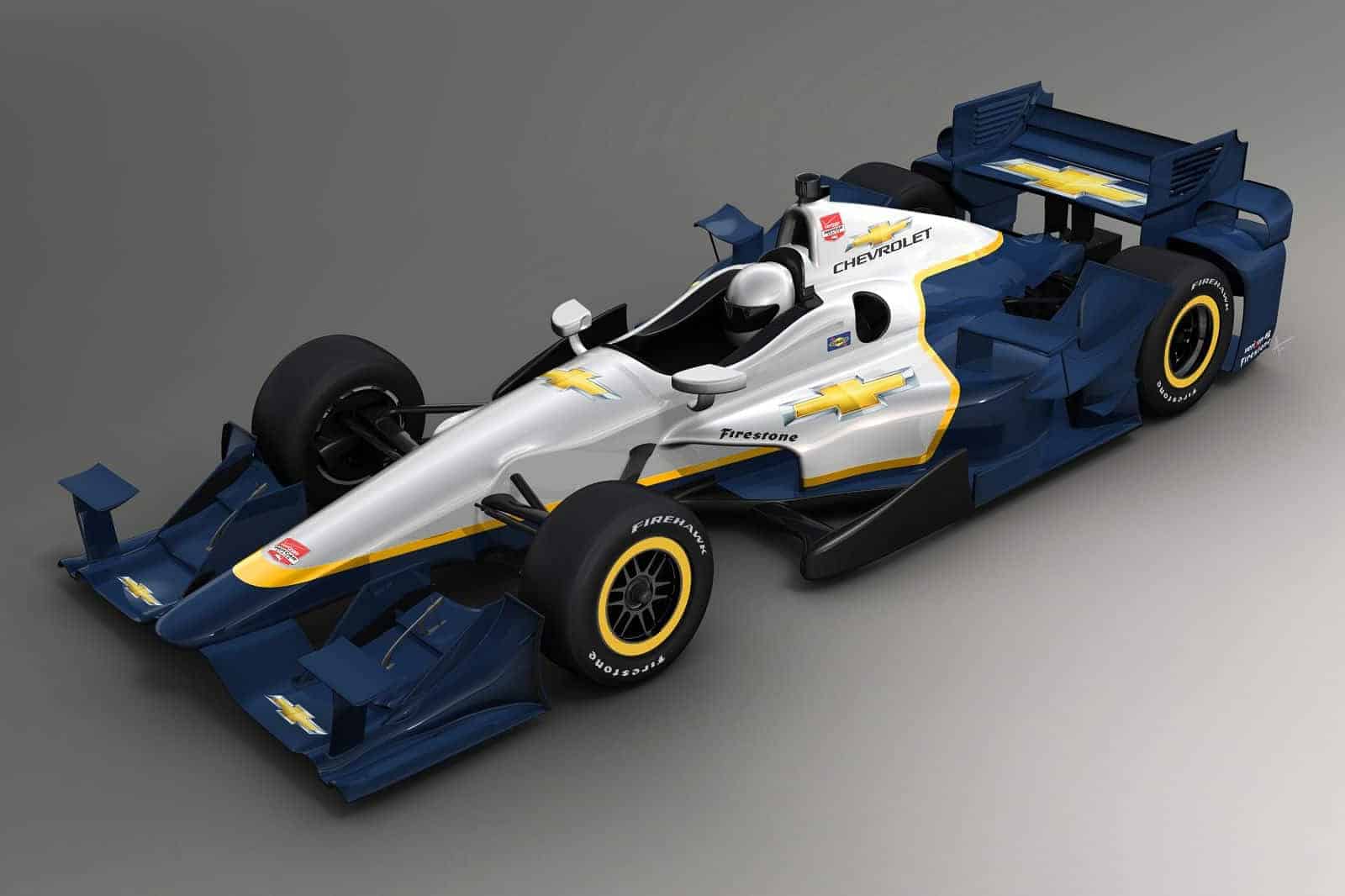 Clearly one of the biggest storylines to follow for the 2015 Verizon IndyCar Series is the new aero kits that have been introduced. Both manufacturers, Honda and Chevy, were tasked with developing the kits, which are made up of aerodynamic bits and pieces that can be added to the car in any combination a team desires to aid in the downforce and handling of the car. Essentially, they were given the end parameters to work with and were able to submit for approval anything that would meet those parameters.

The result is two very different packages for Honda entries versus Chevrolet entries. Understand that both are still starting with the same Dallara chassis so the base car is still the same for all the teams. Honda’s package caused quite the stir when it was revealed, a concept that seemed very Formula 1 to many and appeared to stack wings upon wings upon wings. Chevrolet, in contrast, came up with something that appears very blocky, with mostly large, chunky bits added to the cars, including, as driver Will Power called them, the bunny ears on the front wing.

Reaction to the odd appearance of the cars with the new pieces was decidedly mixed, particularly to the Honda entry, which some compared to a razor-blade cartridge, but it is worth noting that the cars that were revealed have the entire package on display. Supposedly the idea of the kit is to use the pieces in a combination that works best for the track, not necessarily as a whole.

Of course the goal is to give handling options, but another result is two very different looking entries and it is extremely interesting that two companies, given the same task and the same goals, came up with two so very radically different solutions. This is good for IndyCar. Although they really still have just one chassis, giving the two engine manufacturers some areas of customization resulted in cars that fans can actually differentiate from one another on the racetrack. This is in no way bad for a series that has suffered from a spec car stigma over the years. See, once upon a time, there were different kinds of cars. While there still technically aren’t different kinds of cars, there is a perception of different types of cars given cars wearing different aero kits.

It also gives additional customization abilities to the teams and fosters strategy. What parts will they use? What is the good combination for this particular track? These are questions they will have to ask, at least for the 2015 season while the kits are still new. One question to ask is how much difference individual pieces make and how much driver feel will be a part of that. The potential exists for teams, even within the same manufacture, to run very different combinations that suit their car and their driver, although there is some sentiment that perhaps once the “right” combination for a track is hit upon by one team, others will simply follow suit in putting together their own cars.

After one outing, a few issues have come to light, particularly in the strength and durability of the new pieces. Shrapnel littered the track in St. Petersburg as drivers knocked the new pieces off their cars. On one hand, it became apparent to many drivers who lost pieces just how important they would be to the handling of the cars this year.

Power lost a piece off his front wing in a late battle with teammate and eventual winner Juan Pablo Montoya and admitted the loss of the “bunny ear,” as he called it, made a difference.

“If I hadn’t damaged my wing, maybe I would have had another shot,” Power said.

As Montoya pointed out though, the solution to this problem may lie more in driving style than in manufacturing. These are not, after all, stock cars, and drivers may have to learn to be a little less willing to make contact with other cars to force a pass. That assessment may draw some criticism from fans of the “rubbing is racing” school of thought, but Montoya is not wrong in his assessment that these are Indy cars, not NASCAR stock cars.

One thing is clear after St. Petersburg — the beginning of this season at least will be pretty interesting as teams work to figure out the new aero kits and find the combinations that will work for them. Teams that figure it out early, as it appears Team Penske may have done, will have an advantage over teams that haven’t, as perhaps might be the case for a number of teams that struggled in the season opener as Chip Ganassi Racing did.