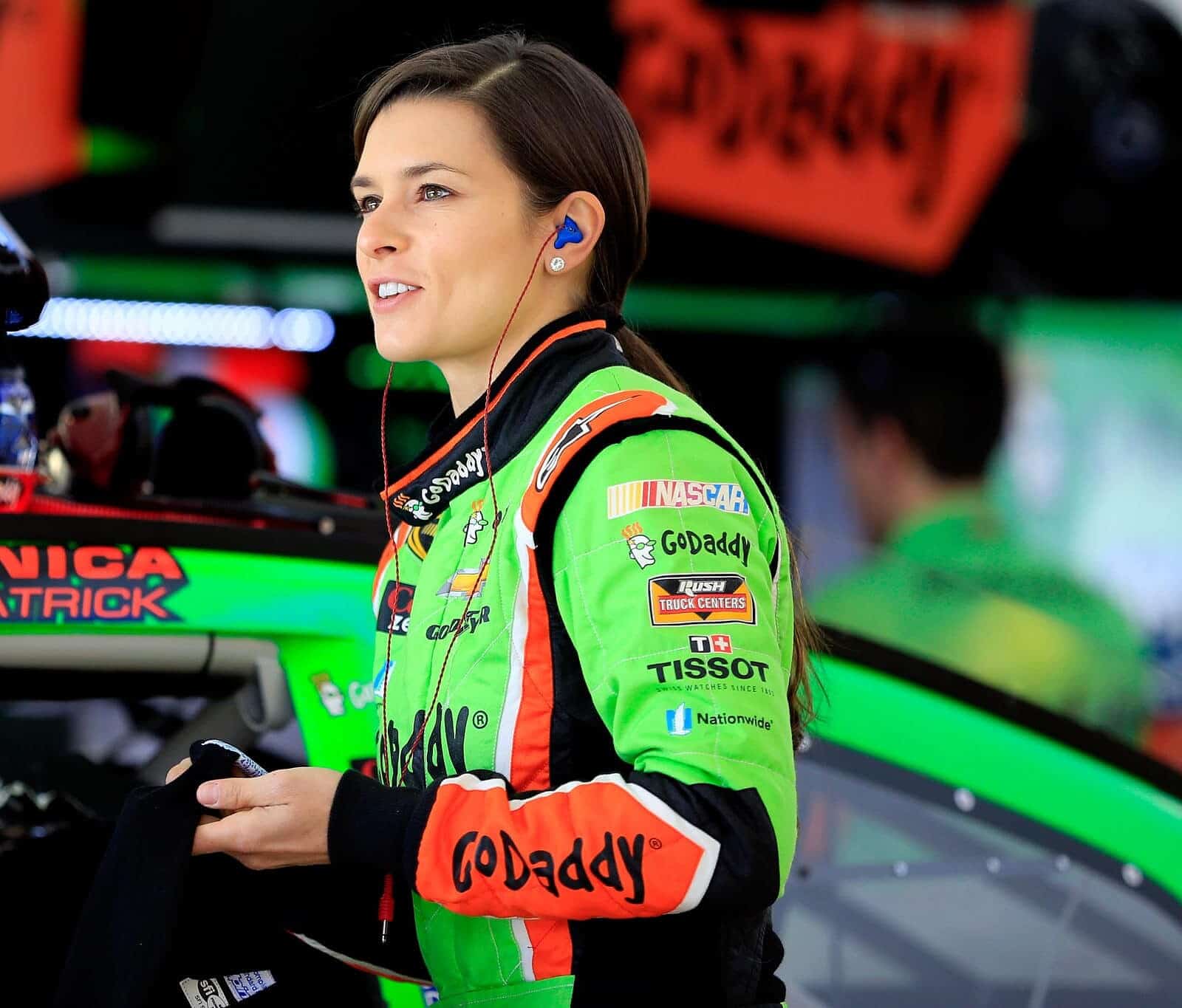 So the early off-week in the motorsports calendar has now passed and it’s time to get ready and energized for racing to resume. This weekend is another one that’s fun-filled and action-packed, or at least that’s how it’s supposed to be. But to play the game that Tom Bowles does every week, let’s hit upon a few things.

Did You Notice? That practically nothing happened during the off week and no one seemed to care? Comments were down not just here at Frontstretch World HQ but on other sites as well. Does that mean that fans were happy to get away for a week or that what little news was announced that no one seemed to care? One of NASCAR’s biggest problems has been its staying power of late (insert Extenz joke here) and this weekend illustrated that issue.

Did You Notice? That Danica Patrick continues to be a focal point in ways that drive fans nuts? First, it was the fact that she finished seventh at Martinsville and is now the woman driver with the most top 10s. It’s something fans didn’t see as spectacular, especially as it took Patrick more races to accomplish the feat than the previous record holder, Janet Guthrie.

Did You Notice? That Patrick sits way ahead of her boyfriend Ricky Stenhouse Jr.?  That circumstance makes for compelling discussion, oddly enough. We all know Roush Fenway Racing is out to lunch, but is Stenhouse that bad, is Patrick actually improving, is it the car, the driver, or the crew chief? Is Stenhouse out of a job after this year? Which came first, the chicken or the egg? So many mysteries.

There are, however, reasons to be happy that there’ll be racing this weekend, and not just because it works as a way to avoid chores or to be some kind of fix.

Reason 1: The Masters. When you’ve had enough of the hype and hyperbole that surrounds a bunch of guys in slacks walking around hitting a small ball on beautifully manicured lawns, then racing looks pretty good.

Reason 2: There’s no conflicts in the racing schedules this weekend, making it easier to catch the races without taping them. Of course, using the DVR does allow for that most wonderful of things – skipping the commercials.

See, and that’s just getting started. Let’s get going.

Happiness Is… Texas. The Cup race at Texas will serve as a good litmus test to figure out what is going on with the new aero package and separate the chaff from the proverbial wheat. While Las Vegas is also of the cookie-cutter mile-and-a-half variety, the track near Dallas provides a better indication of what is and what is not working. Of course, a few here at Frontstretch would note that night races are a terrible way to gauge anything because the racing is not as good.

That’s exactly why this race is worthwhile. If the new package is as awful as it seems – because if its intent was to bring about passing, it has failed – then Texas will serve to showcase just how bad the racing can be with the leader out front with a ten second cushion and everyone else just messing around behind. But what if the racing turns out to be decent?

Happiness Is… Tony. Tony Stewart has been in a sour mood since the season began. His behaviour at Daytona when he got black flagged and had to hit the NASCAR scales set the tenor when he got all surly and began barking at officials. And his mood hasn’t improved since then. Some of the pundits thought that this attitude was merely ‘Tony being Tony’ and that it would translate to Stewart being more like his old self.

Instead, Stewart has struggled and does not look like the three-time champion that everyone is accustomed to. The new rules haven’t quite fit his style, and at one point he was heard griping that if he wanted to drive a car like this he’d do it on Saturdays – referencing how the cars are now more like the Xfinity Series. So this weekend becomes an interesting one for Stewart now that he had a week off. Will he actually return to form or might Terrible Tony go ballistic and show that things are that far off?

Happiness Is… New Track. The last new track added to the Cup Series was Kentucky, and in many ways that wasn’t exactly a new track as the other series had been using it for a while, so many drivers and fans were already well acquainted with it. New tracks are kind of a big deal because they bring the unknown. This weekend, IndyCar will be racing on what will a newly christened track just outside of New Orleans. While the series still struggles to gain back its audience, initiatives like this one show that it still has a chance. What it needs now is for the racing to be entertaining. The fast, flat road course should provide a capable environment for doing just that. And the race isn’t on against the Cup event for a change.

Happiness Is… Communism. The People’s Republic of China continues to sell itself as communist but really that’s not the case. The tentacles of capitalism have been reaching into that country for some time now and this weekend is another chance to see that spirit in action when Formula 1 hits the Shanghai International Circuit. Sebastian Vettel scored what was seemingly an improbable victory for Ferrari at the last race in Malaysia so watching how Mercedes responds will be the big story. Lewis Hamilton and Nico Rosberg have already commented that they will be bringing the fight to Ferrari, which is good news for the sport, because from an overall competition standpoint, there needs to be something more going on up front.  Hmm, seems a little bit like Cup racing.

I don’t see much “happiness” in any of those items.

NASCAR is full of things that are “off”, not just having a week off from racing. Other than continuing to hope that Gordon has a decent season for his last season, I am not excited about NASCAR these days. As you pointed out the new and not improved package hasn’t produced anything to be excited about – other than martinsville – the races looked the same old ho hum garbage that NASCAR has dished out over and over again while telling the fans that it is “going to be great”. I no longer believe any of the PR spin.

I see that the all star race will have another set of rules again this year. yawn, again, there’s nothing new about that. NASCAR keeps fiddling with it and Rome is still burning.

Supposed to have rain here(Texas) so, might watch the race this week. Have the masters to fall back on and will prob. switch over to the masters.

Bill B
Reply to  paltex

You do realize the race is on Saturday night, don’t you? Do they have lights at golf courses now?

Up here, the Masters highlights (aka Tiger) is on until midnight. The choice is a no-brainer, kind of like Brian.

Interesting. I’ll assume “up here” is Canada (unless you’re an angel then “up here” would mean something else..LOL).

But wouldn’t a golf course with lights be cool?!! Honestly I’d probably watch Simpsons reruns before I’d watch golf. Sometimes I might watch the last few holes if I happen to be channel surfing and see a close ending.

Its been apparent for some time that the number of comments, and commenters has been down on Jayski. Plus the number of bloggers as well. Seems like more and more its either Nascar or one of its “stakeholders”. What that bodes for the sport isnt clear but its probably not good.

I suppose we can only complain about the same things over and over for so long before we must admit that NASCAR is just not entertaining anymore and join the legions of former fans. That the racing press spins rather than covers probably doesn’t help.

Now that I’m firmly entrenched in the senior citizens catagory its hard to tell if the lack of interest i because of my age, or the lack of excitement.

or like me, have your favorite driver getting ready to retire. That pretty much sticks a fork in NASCAR for me as far as taking it seriously.

However, I’ve been waiting for Gordon to retire so I can then follow NASCAR and comment on it like the mystery science theatre 3000 deal — think how much fun I can have with that!

I find it ironic that this author is bashing golf when Nascar has now fallen below golf when it comes to entertainment value. I can assure you that golf will be on my radar more than Nascar this weekend, especially if its on in prime time. Maybe something is “off” with your assessment because those “bunch of guys in slacks walking around hitting a small ball on beautifully manicured lawns” is alot more appealing to me than a follow the leader parade that Nascar will be providing us this weekend.