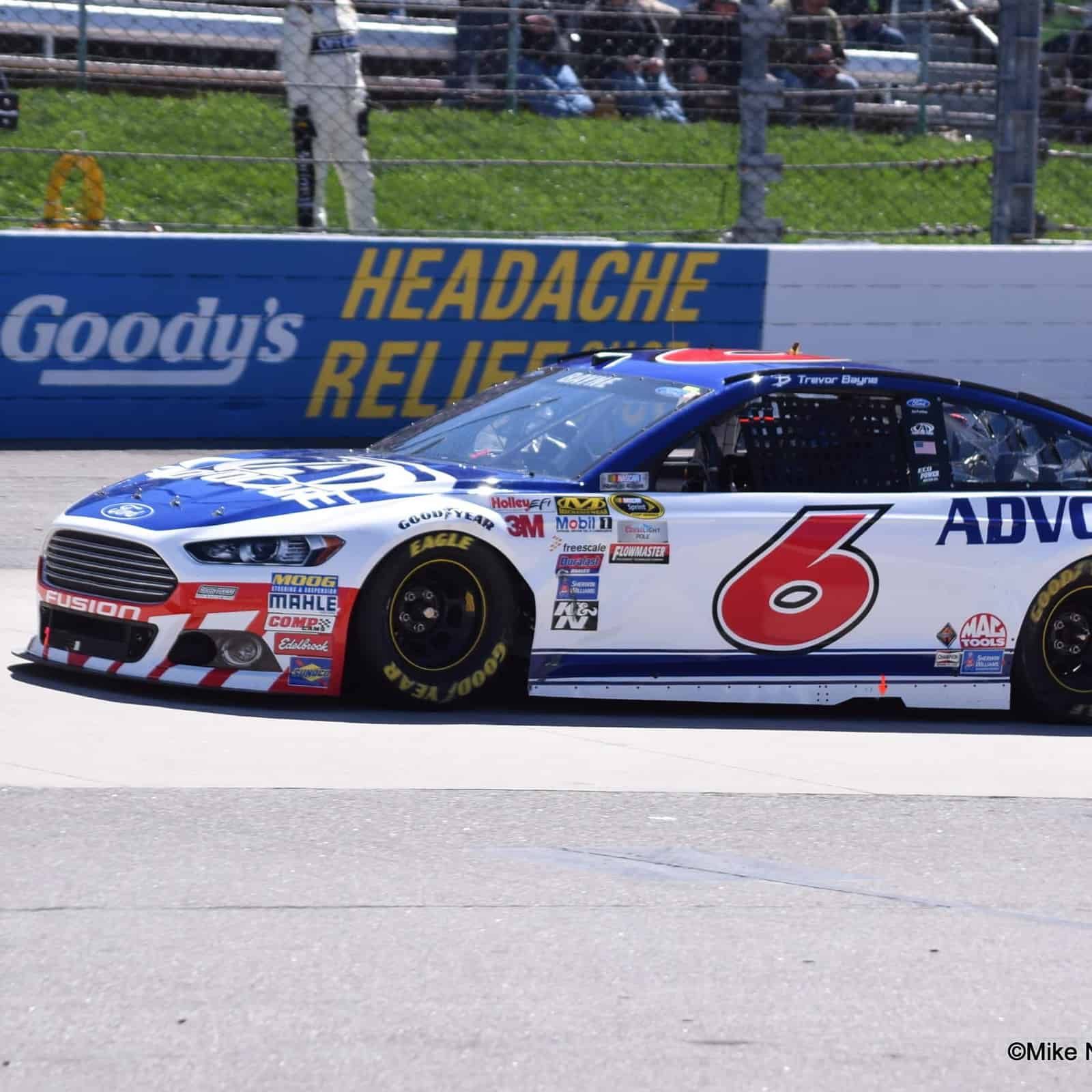 Texas Motor Speedway is the site of this week’s round of NASCAR Sprint Cup action as the series returns from its annual Easter break recess. Now refreshed and ready to roll, the drivers and teams enter this weekend’s race looking to either build on their early-season success (see: Harvick, Kevin), or avenge their early season failures (see: Racing, Roush Fenway).

With 19 weeks before the Chase cutoff, there’s plenty of time for things to change, and Saturday night is the beginning of a stretch run that will take us right up to the first week of NASCAR’s playoffs.

Oh, and did I mention it might rain on Saturday night?

1. Will rain change how the race plays out?

Unlike last year, rain has not been a story thus far in the 2015 NASCAR season. Not a single Cup Series race in 2015 has faced any issues with weather thus far, but as we all know, all that is good must eventually come to an end. While the race looks far from being a washout, the chance of rain for Saturday night’s race has floated between 40-60% this week, the kind of numbers that are threatening enough to warrant some concern heading into the weekend.

If the current forecasts are anything to go by, the most likely scenario to unfold Saturday night would be an on-time green flag start followed by perhaps a mid-race rain delay or two. The threat of rain appears to be consistent throughout Saturday evening and will be a thorn in the side of crew chiefs all night long.

For those watching at home, this could lead to an interesting race. If the threat of rain persists throughout the evening, that will ratchet up the intensity level on the track as drivers race as if the event could end at any time. We saw this in a number of rain-threatened races last year, and could likely be the story once again on Saturday night.

RFR has been bullish over the past two weeks about the “new cars” that the team is debuting for this weekend’s race at Texas. Reportedly, the team got behind on the new aero rules this season and it has taken RFR an extra seven weeks to get its car design to where they feel it needs to be. RFR officials appear to be confident that this new design combination is what will be necessary to get the team back on track.

Of course, as we all know, it’s very easy to say that you have speed based on in-house simulations. It is another thing entirely to make that speed a reality on track. One thing is certain, however: the team absolutely needs this new car to be the panacea it’s believe to be, because frankly, RFR has never performed this poorly in its three decade history in the sport.

Given that Texas is traditionally one of RFR’s strongest tracks, this weekend will pretty much be the ultimate barometer of where this team is headed going forward. Top-10 speed out of at least two of the three RFR cars would be a nice start, and I think that is a reasonable goal for the team. However, if the team falls flat once again even after everything that appears to be in its favor heading into this weekend, I’m afraid you can safely write RFR off completely for the rest of 2015.

3. Will off-track fireworks be a story once again?

Due mostly to coincidence, TMS has been a breeding ground of sorts for all sorts of intra-driver tension over the years. Both 2010 races at the facility were marked by angry drivers calling each other out, with the fall race featuring the infamous fight between Jeff Gordon and Jeff Burton on the apron of the track. And of course, last year’s fall race will forever be remembered for the post-race brawl the took place between the crews of Gordon’s and Brad Keselowski’s teams.

Why exactly does Texas bring out the worst in drivers and their teams? Like I said before, it’s all mostly coincidence. Texas is a big, sprawling, 1.5-mile track with a lot of room to race. You don’t see short track style beating and banging here, the kind that naturally leads to flared tempers. The recent off-track fracas at this facility was related much more to isolated circumstances that were unrelated to the track.

What I am saying here is this: do not buy into the pre-race hype and think that six brawls are going to take place on Saturday night. Those are rare occurrences that simply should not be expected on a track as wide and forgiving as the Texas Motor Speedway.

If I had to pick one driver right now that I feel is closest to getting a win, you would probably be mildly surprised by my choice. No, it is not Martin Truex Jr., who has shown ample speed all year long. It is not Kurt Busch, who nearly won at Phoenix and Auto Club earlier this year.

No, the currently winless driver who is the closest to grabbing a points-paying right now is none other than Matt Kenseth.

For the first time since 2013, Kenseth’s team appears to have the chops to start reeling off wins en masse. He was leading the race at Auto Club three weeks ago when a late-race pit-road snafu robbed him of all of his track position, and the next week at Martinsville he dueled for the lead late in the race with Denny Hamlin before being overtaken on a late restart to finish fourth. The No. 20 team is right there, and it is now heading into one of Kenseth’s best racetracks in Texas Motor Speedway.

I think this is the week that Kenseth will finally seal the deal and snap a winless streak that extends back to the 2013 Chase. His JGR cars are finally up to speed, his team is regaining its 2013 form, and Texas is a Kenseth-friendly track. Sounds pretty win-worthy in my book.