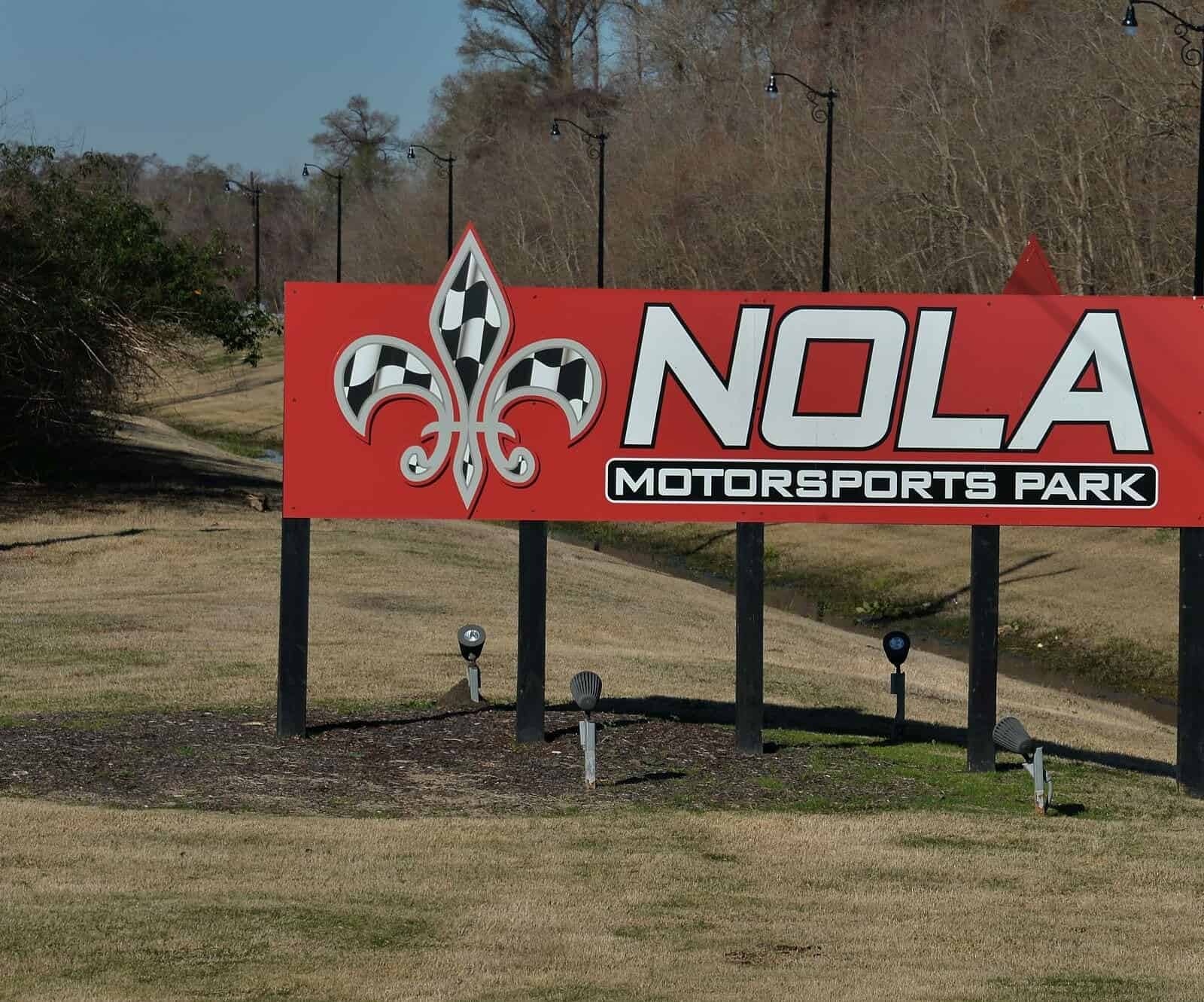 NOLA Motorsports Park is a brand new venue for the Verizon IndyCar Series, so that means there will be many unknowns for teams this weekend, particularly as they are still learning and adjusting to their new aero kits. One thing that actually won’t be a question mark, however, is the Firestone tire that will be provided for this weekend.

According to Dale Harrigle, chief engineer and manager of race tire development for Bridgestone Motorsports, teams have worked with this same tire before.

One would think the new aero kits would still make even a familiar tire a challenge, but Harrigle said this is not actually the case. Because the tires worked well last year, Firestone opted to keep the same ones for this year. Honda and Chevrolet actually designed the kits to the tires they already knew and had information about from last year.

The primary tires were also used during the open test at Barber Motorsports Park with the new aero kits last month so if the information translates to NOLA as Harrigle believes it will, it should make for one less unknown. Partly, that is. Although Firestone is also providing the same alternate tire at NOLA that will be used at Barber, that tire has not been tested.

“It is a challenge for us to get both tires right at a new venue. We feel the tracks are very similar but we won’t know for sure how that alternate behaves until we get a chance to get this first race under our belt,” Harrigle admitted. “We do not allow alternate tires to be used for testing and that is to make sure that no team has an advantage when it comes to understanding the alternate, but the downside of that is we haven’t had an opportunity to test it ourselves. It’s a little bit of an unknown for everyone.

“In some ways it’s hard enough to design just one tire to get it right at a brand new race track, but doing two is much more of a challenge. We design the primary tire for long life and the primary tire design is always a bit conservative. The alternate tire, the tire that’s designed to be a bit quicker, is much less conservative.”

Check back on Saturday to read the full interview with Dale Harrigle to learn more about how the tires and new aero kits were designed to work together and what that means for not just NOLA, but for all the tracks on the 2015 Verizon IndyCar Series schedule.

NOLA Motorsports Park, located outside of New Orleans, is a new venue for the Verizon IndyCar Series this year. This is a 2.74-mile, 13-turn permanent road course and the race distance will be 75 laps or 205.5 miles. Since it’s a new event, there are no defending race winners or P1 award winners and no qualifying records, which means that someone gets to put their name on the speed record this weekend. The race will be broadcast on NBCSN on Sunday, April 12, at 2:30 p.m. ET. Qualifying can also be seen on NBCSN on Saturday, April 11, at 5 p.m. ET. If you want to catch practice too, all practice sessions for the 2015 season will be streamed on the INDYCAR YouTube channel at www.youtube.com/indycar as well as on RaceControl.IndyCar.com.

Driver standings at this point look pretty much like the finishing order of the first and only race of the season so far. Juan Pablo Montoya, your St. Petersburg winner, holds the lead with 51 points, followed by teammate Will Power seven in arrears. Tony Kanaan in third trails by 16, Helio Castroneves by 18 in fourth, and Simon Pagenaud rounds out the top five, 20 markers behind teammate Montoya.

As detailed earlier this week, Chevrolet was penalized 220 points for doing major engine work on 11 of 12 engines before reaching the allowed mileage. Given a batch of potentially faulty valve springs, Chevrolet elected to make the repairs rather than risk engine failures, and expected the 20 point per car penalty to follow. Since it only earned 128 points in St. Petersburg, the deduction puts Chevrolet in the negative with -92 and puts Honda in the lead with 70 points. Chevrolet will now have to overcome a 162-point deficit to its rival.

Ryan Hunter-Reay was the highest finishing Honda driver at the season opener in St. Petersburg, posting a kind of ho-hum seventh-place result. NOLA appears to be the kind of track that suits Hunter-Reay, so it makes some sense to use him as a barometer of sorts. All things considered, he should have a good run, so how he actually does, barring unforeseen circumstances, may give some indication of the progress the Honda teams are making on figuring out their new aero kits.

CFH Racing will field a car for JR Hildebrand for both the Angie’s List Grand Prix of Indianapolis and the 99th Running of the Indianapolis 500 in May. Hildebrand will pilot the No. 6 Preferred Freezer Services CFH Racing Chevrolet Dallara. He will join the team’s regular drivers, Josef Newgarden, Luca Filippi (Angie’s List Grand Prix) and Ed Carpenter (Indy 500). Hildebrand raced the Indy 500 as a teammate to Carpenter last year.

Given that the new NOLA Motorsports Park is supposed to bear a strong similarity to Barber Motorsports Park, I am going with Power, who has traditionally done well on this type of circuit. Matt Stallknecht is taking Castroneves this weekend while Huston Ladner is picking Pagenaud. It seems there is a theme developing here.

From a brand new event this week to one of the great classic races on the schedule next, the Verizon IndyCar Series will travel to the streets of Long Beach, Calif., for the legendary Long Beach Grand Prix. Coverage from Long Beach can be seen on NBC Sports Network starting at 4 p.m. ET on Sunday, April 19.