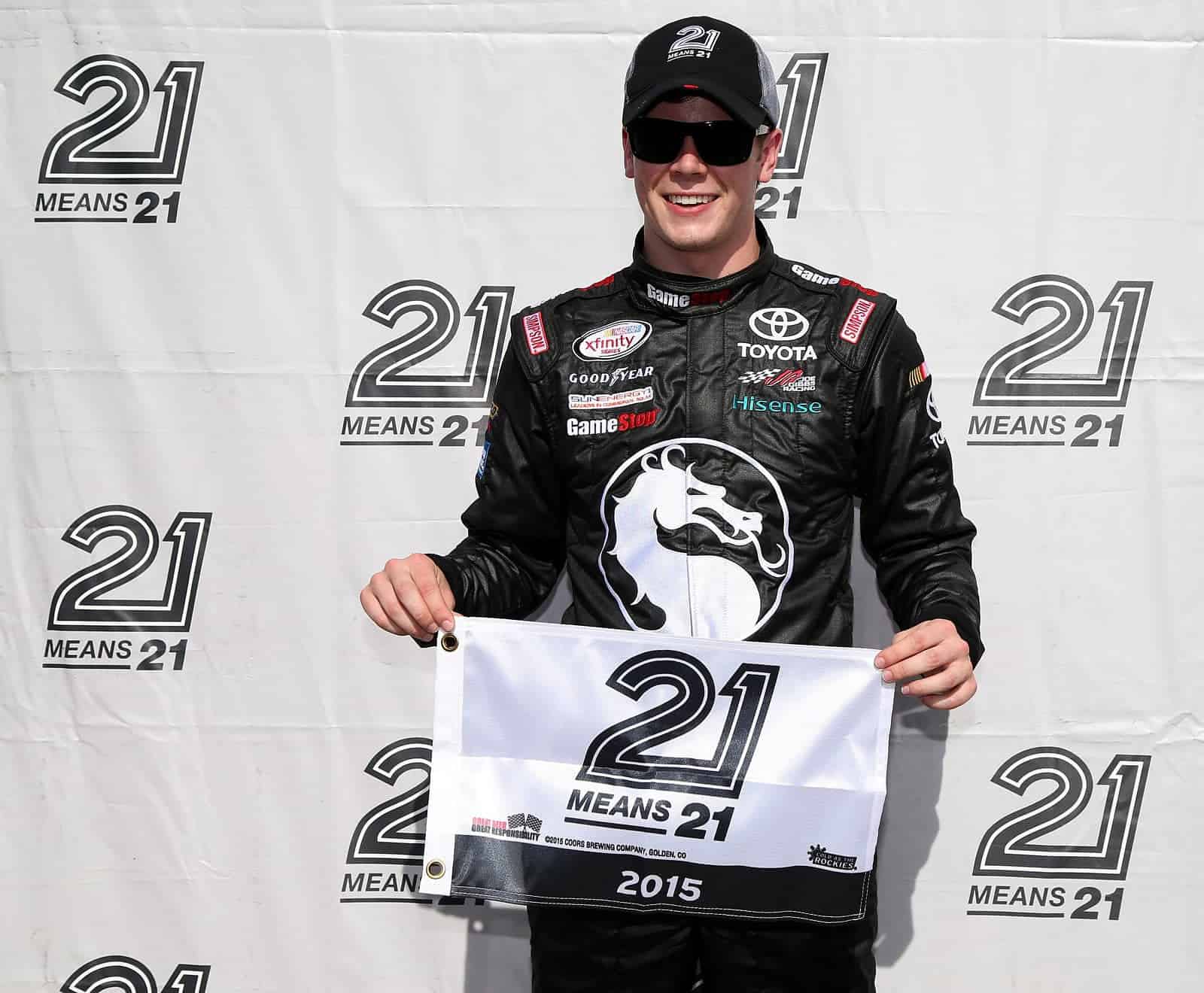 With GameStop on the hood, Erik Jones had the field set on “easy mode” as he dominated Xfinity Series qualifying at Texas Motor Speedway Friday afternoon.

“I really didn’t know we would be that fast,” Jones told FOX Sports 1. “The same kind of thing happened in California. Once we tape up and really get it going, it seems like it just hooks up and goes. It’s a good feeling, two weeks in a row. Hopefully we can keep good speed into the race.”

Brad Keselowski, 2013 NXS Texas winner, lines up second in his No. 22 Ford but was no match for his younger Joe Gibbs Racing rival.

“When you got a fast car, it’s usually fast no matter what the weather conditions are,” Keselowski said. “The Discount Tire Mustang Ford here is pretty fast. Erik has been on a blistering pace in these qualifying runs. They really have it figured out so he’s going to be a challenge.”

Two drivers who were on opposite ends of the spectrum were points leader Ty Dillon and Mexican rookie Suarez. First, there was Dillon, whose mediocre 16th-place effort leaves him mid-pack at a track notoriously difficult to pass at.

“Qualifying has just not been our deal this year,” Dillon said. “I do think we have something this weekend. I think we are going to have a good shot at it tonight.”

Compare that to Suarez, another young JGR driver who had a poor start to 2015 but now lines up a career-high fourth in his first Texas appearance. Suarez is looking forward to what will be his eighth NXS start, saying, “I don’t exactly [know] from where, but we gained a lot of speed from yesterday to today.”

All 40 cars who attempted a lap will race.