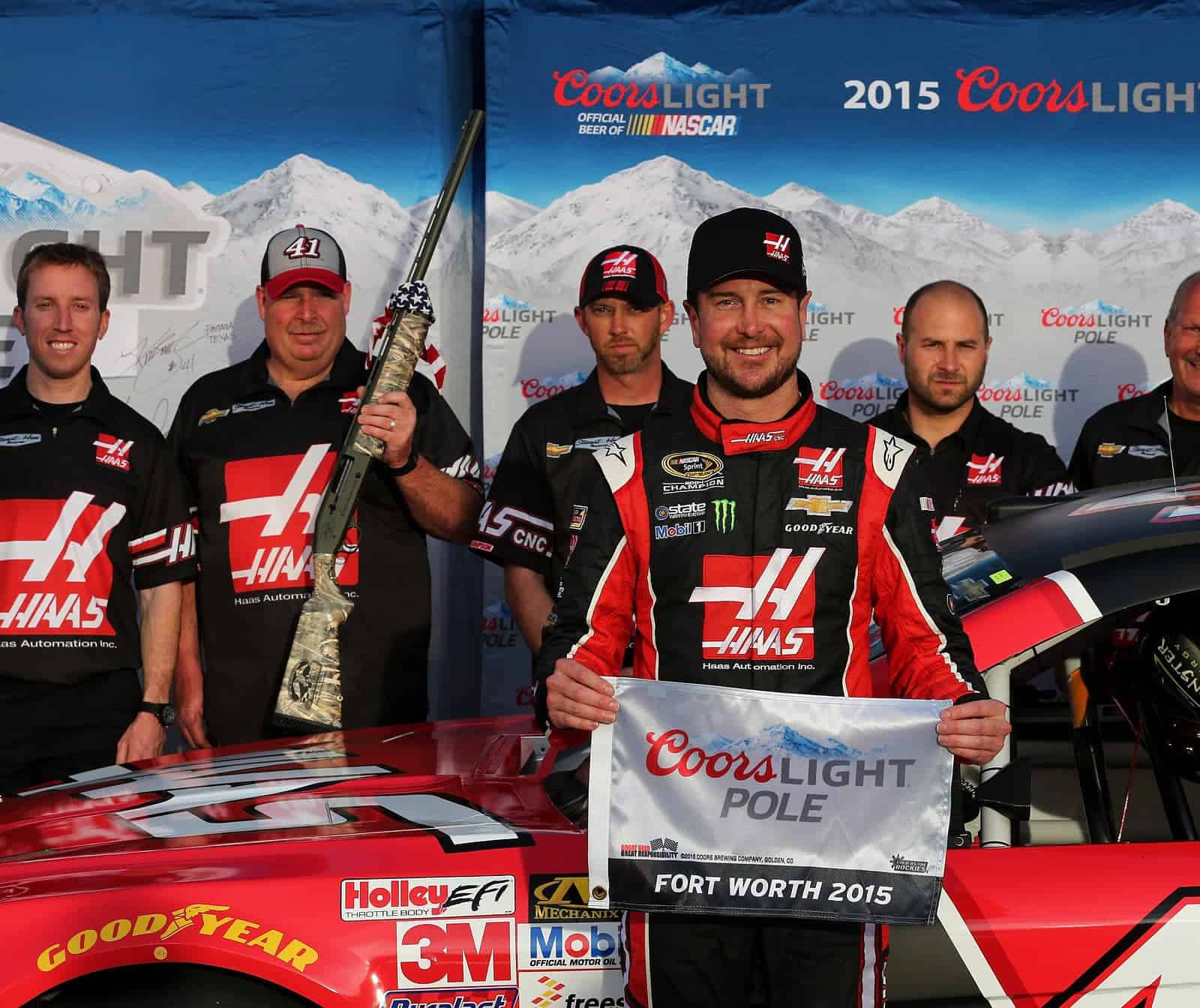 For the second time in three races, Kurt Busch will lead a Stewart-Haas Racing front row to the green flag for Saturday night’s Duck Commander 500. With a lap of 193.847 mph, the driver of the No. 41 Chevrolet scored his second pole in four races since he returned the the track. The pole is Busch’s 18th in his career and the first for him at Texas.

“Second pole of the year, feels good,” Busch told FOX Sports 1. “Now we just need to dial her in and get that long run speed out of the car.

“Everything is so tight in qualifying. I wanted to try and run the same time, each time out with the track continuing to change, with the sun and the shade. Everybody chipped in. The guys here at the track, the guys back at the shop, tire guy, engine guy, everybody chipped in and that’s what this is all about.”

Teammate Kevin Harvick, for the fourth time in 2015, lines up second at a track he has yet to score a victory.

“We stuck to our plan and that’s exactly what we planned to do in practice and everything worked out good,” Harvick said.

Tony Stewart qualifying 11th and Danica Patrick in 21st made for a hopeful session for SHR. The same can be said for Roush Fenway Racing, which saw all three drivers advance to Round 2 (Greg Biffle 19th, Ricky Stenhouse Jr. 22nd, Trevor Bayne 23rd).

“We got to celebrate the little gains and the fact that we made it to the second round is big,” said Bayne, grabbing his best start of the 2015 season and ending a streak of three consecutive 36th-place starts.

Unfortunately for some, it was not an entirely successful session heading into Saturday night. Dale Earnhardt Jr., Clint Bowyer and David Ragan were among the group not to advance to Round 2, all starting outside the top 24.

“I don’t know how that happened,” said a visually confused Ragan. “We made a lot of adjustments and probably went a little too much. The track cooled off more than we thought. We will just have to pass some cars.”

Brendan Gaughan and Jeb Burton are the two unlucky drivers that failed to qualify and will head home.