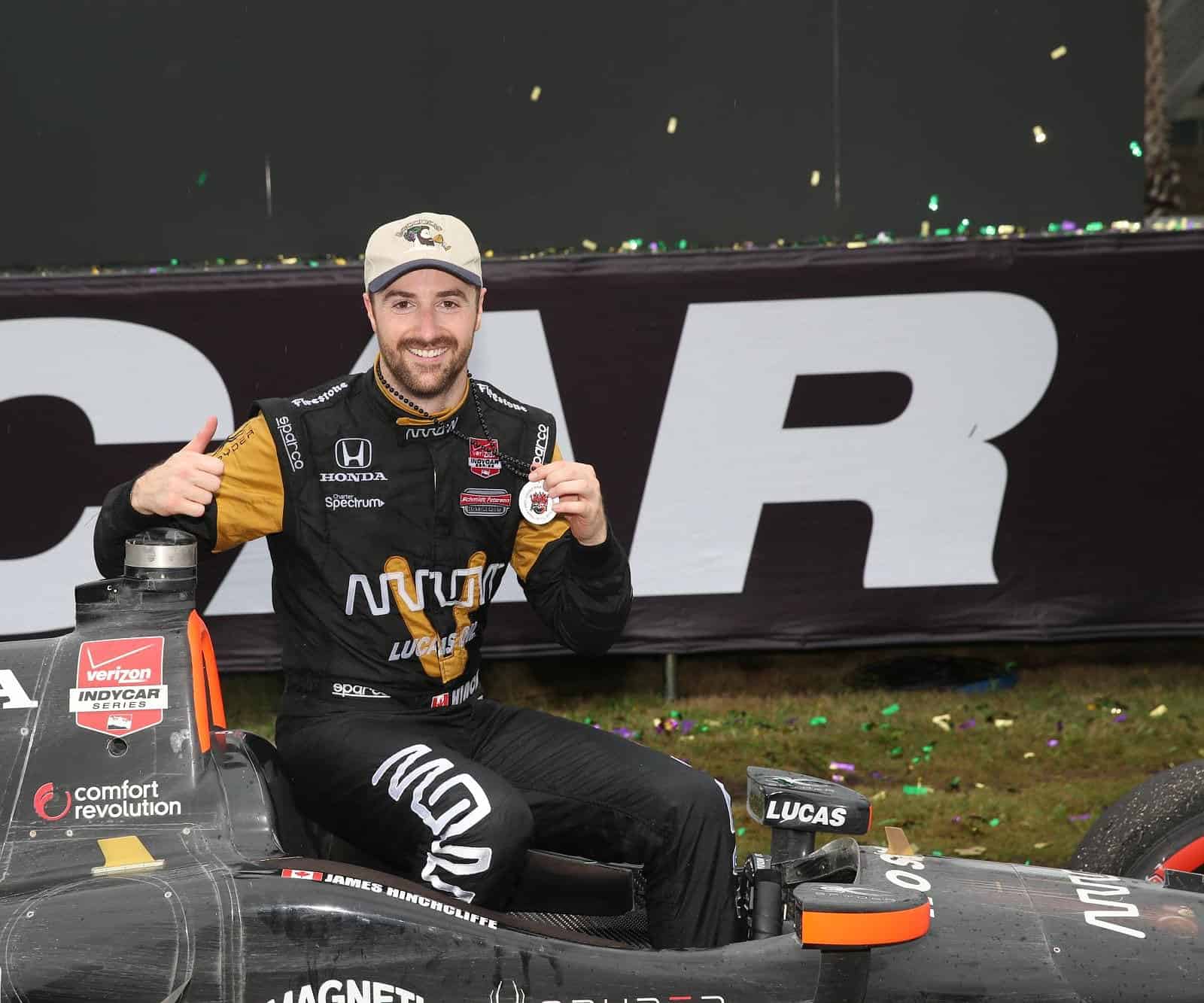 In a Nutshell: James Hinchcliffe had the winning lottery number in a race so disjointed that the only real determining factor of the race’s final finishing order was a twisted combination of luck and strategy.

Key Moment:  The second half of the race was essentially nothing more than a series of caution periods. On a lap 33 caution period, Hinchcliffe’s team ordered him to stay out when most of the leaders pitted, thus employing a one-stop strategy. The strategy worked, as cautions flew in succession the rest of the race, allowing Hinchcliffe to hold on for an easy victory.

Notable Driver: Hinchcliffe. It seems cheap to really dub anyone with this honor after such a farcical race, but a win is a win after all. Hinchcliffe did what he had to do over the offseason to stay relevant in the INDYCAR world after losing his ride with top-flight outfit Andretti Autosport. Hinchcliffe never performed up to expectations with Andretti and needed a fresh start. He found that fresh start in Schmidt-Peterson Motorsports. Hinchcliffe delivered the underdog team with a shock victory on a weekend where the team was not expected to be a factor. At the end of the day, it sometimes is better to be lucky than good.

James Hinchcliffe: “When we first decided to stay out, I thought, ‘Wouldn’t it be funny if we could make this a one-stopper?”

Thank you everyone for the support 2nd place was a good result for us @Hitachi_US boys did an amazing job , great strategy @Team_Penske

What’s Next:  Next week the circuit visits the streets of Long Beach for what is arguably the biggest road/street event of the season. Catch all the action live on NBCSN at 4 p.m. ET on April 19th.

A few thoughts. I already knew the outcome of the race before I played back the recording. I did skip through most of the caution laps after seeing the replays of whatever had caused them. I will say that the camera angles used to broadcast the race were the best of any IndyCar race I’ve seen televised. And I’ve been watching since the late 70’s. It was more of an F1 style where the camera where you could pan back when needed to get all the action in as it developed.

They do need to figure out how to drain the track so rivers don’t run across the track. But, I would like to see a race there in the dry just to see how it goes. I found it much more interesting to watch than street course races. Those have so little passing and the camera angles couldn’t be worse.

The other thing I meant to touch on was the TV window. F1 does a good job of presenting a two hour race. I feel IndyCar did the right thing starting it when they did.

One last thought. I wish IndyCar would install starters on the cars. It wouldn’t have made a huge difference in this race but so many others the yellow is extended or even thrown because a car has stalled on the course.