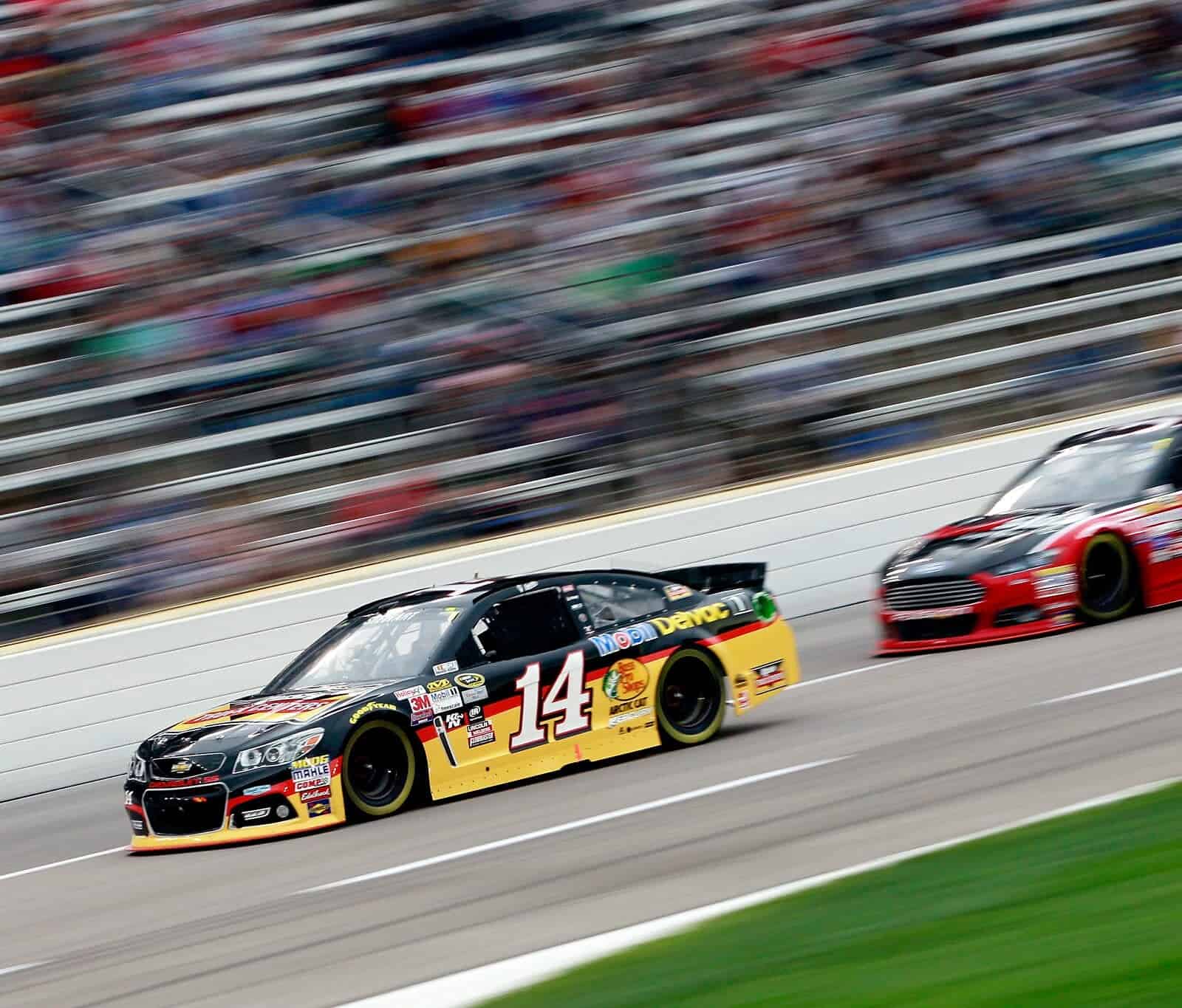 Just when you begin to wonder if the No. 48 team might just slightly be losing its edge, it bounces back to remind us that it can be better than ever. Jimmie Johnson’s second win of the Sprint Cup season Saturday night at Texas sent a not so subtle message that said, “Hey Jack, we’re still pretty good, too.” Johnson and crew chief Chad Knaus have been too good for too long to not be able to figure things out. They still have two of their best tracks coming up within the next month and half with Charlotte and Dover on the schedule. So, it’s not a stretch to think this team could have four wins by the time the season gets just past the one-third mark with race No. 13 being at Dover.

OK, so Kevin Harvick, didn’t win, but everyone knows now to win, Harvick is still the guy to beat. He now has been first or second in six of the seven races this season. Sure, he got a little bumper-happy with Joey Logano in the late stages Saturday night, but if Logano wasn’t fast enough to stay ahead of a potential race winner, then that’s what he gets. And give Logano credit for his mature reaction after the race, too. No fighting or yelling, just understanding he was one of two guys trying to win the race anyway possible.

Also, give NASCAR and the people at Bristol Motor Speedway credit for renaming Sunday’s race after popular TV commentator Steve Byrnes, who has been gracious enough to share on social media how his fight with cancer is going. Byrnes is well-liked throughout the garage area and if seeing this race named after him gives him a little emotional boost, then that has to be a good thing. And here’s giving a happy birthday today and best wishes to Byrnes for his recovery, too.

Kurt Busch has shown he can be fast at time since his return to action, now it’s just a matter of staying quick throughout the whole race. Busch led 45 laps Saturday night in the early going, but eventually had to settle for a 14th-place finish. Busch has been good at Bristol in the past, and since he’s not afraid to use his bumper there to move the slower traffic out of the way, it certainly would be no surprise to see him in end up in victory lane this week.

At the top of the Sprint Cup standings you see the names of Harvick, Logano and Martin Truex Jr. They continued to show their consistency Saturday night as they each finished in the top 10, making them the only three drivers to finish in the top 10 in each of the first seven races. This is especially important for Truex, who has been very solid, while not being very spectacular. Truex is certainly no guarantee to win a race this season, but if he keeps piling up top 10s, then there is a good chance he will make the Chase on points. And what makes this 7-7-7 run a little more noteworthy, is that only one other driver, Brad Keselowski, has six top 10s in the first seven races.

If there was a lukewarm category here, then that would be a perfect place for Aric Almirola to be. You see, Almirola sits ninth in the points, which is pretty respectable at this stage of the season. However, Almirola is the only driver in the top 21 in points without a top-10 finish this season. So just how can he be so high in the standings? When checking Almirola’s stats, his average finish has been 16.1 and his average place during races has been 19.6. He also has yet to lead a lap this season. But the key for the driver of the No. 43 car is that he has been able to stay on the lead lap, mostly. He has completed 2,147 of the 2,150 laps this season, the sixth best in the Sprint Cup series. And yes, Harvick, Logano and Truex are the only three drivers to complete every lap this season.

When you look at Kyle Larson’s numbers, other than the final finishes, he’s actually been pretty decent this season. He has run 75% of his laps in the top 15 in the six races he’s competed in, good for 10th best in the series. He also has an average running position of 14.3, good for 14th in the series. The problem, besides him missing the Martinsville race after passing out the Saturday before the race, is that Larson’s average finish is 21.5, and that’s just 23rd best in the series. No matter the sport, the end game can sometimes be a little tricky to figure out. That’s seems to be the missing piece for the No. 42 team.

So, I thought we might be seeing some signs of life from Tony Stewart in the past couple of weeks. He led a few laps at Martinsville (even though it took a pit gamble to do so) and he’s been qualifying better, including 11th at Texas. But Smoke was no factor again on Saturday, having to settle for a 24th-place finish. So, it’s apparent the No. 14 team not only isn’t there yet, but really isn’t even close to arriving.

One driver I was happy to see get a full-time ride this season was Sam Hornish Jr. When he was named the interim driver after Roger Penske had had enough of Kurt Busch’s antics a couple of years ago, Hornish did an admirable job, and regularly competed for top-10 finishes. I even thought Hornish should have been named the full-time driver of the No. 22, instead of Logano. But I guess Penske does know what he is doing. Hornish basically has not been competitive this season in the No. 9 car for Richard Petty Motorsports. He did finish on the lead lap Saturday night, but that was just good for a 26th-place finish. And so far this season, he has run inside the top 15 just 3.1% of the time.

I guess I notice how certain drivers are spun in the media. Logano did the dance with Harvick on the exhibition race at Daytona, Harvick was slowing the field and the situations were switched. A bunch of articles about how Logano was wrong, and the fan crazed Chevy crowd all of a sudden became expert drivers every inch of the Daytona Speedway. And Harvick pitched a fit post race with his car and mouth that was…well embarrassing for him, and tiring. Now we have Logano the recipient of basically the same tactic and it is the narrative switches to “well he got what he deserved”..Logano was nonchalant and Yap-Yap was still running the mouth. Hypocrisy from fans and the driver at it’s best. If his mouth was sealed most of the time, I feel it would be a non issue. Myself, I am just sick of the same old doublespeak always, and the KoolAid drinking crowd. Yes I said KoolAid…:)

I agree. That also goes for the Media(so called journalists) Usually Frontstretch is one of the sites but it seems to have the Harvick brown nose syndrome in this article.

Thanks Sue..I have noticed too the media is giving Harvick the “Walk on Water Treatment”. I cannot think of a current driver more unworthy. Character should count….