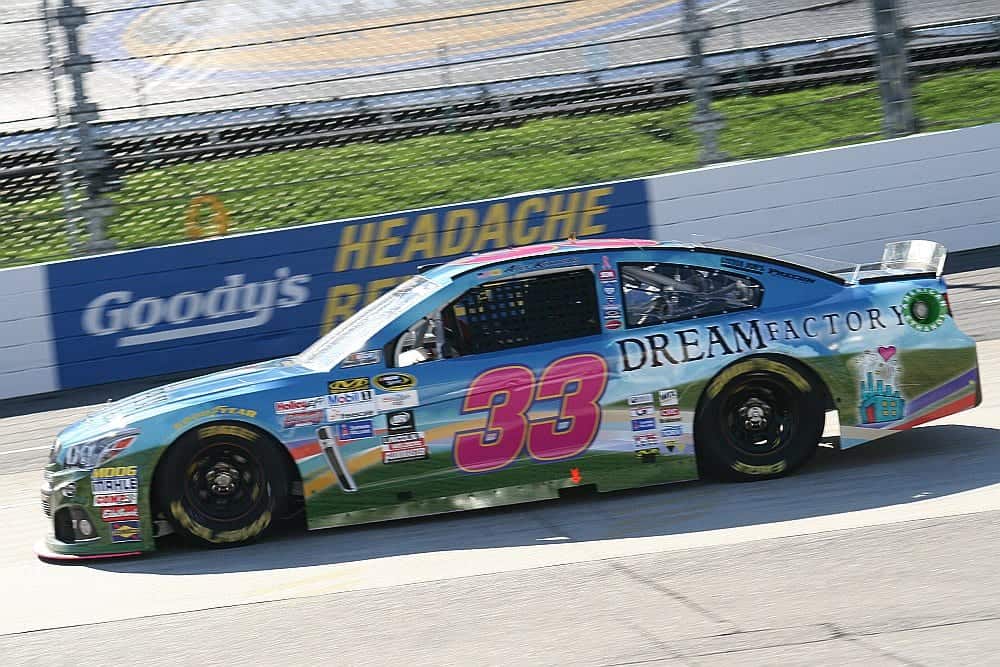 On Tuesday, the National Motorsports Appeal Panel met at the NASCAR R&D Center to hear the appeal brought forth by Circle Sport owner Joe Falk against penalties levied against the team following the Auto Club 400 at Auto Club Speedway. At the time, the inspectors discovered multiple infractions in opening regarding the installation of the rear truck arm, including the usage of aluminum brackets instead of magnetic steel. The violations combined into a P4 penalty resulting in crew chief Richard “Slugger” Labbe being suspended for three races and fined $50,000, while car owner Falk was docked 25 owner points. Since Brian Scott, who drove the No. 33 at Auto Club Speedway, is ineligible to earn driver points in Sprint Cup, no driver points were deducted.

Falk appealed, noting that among other reasons, the penalty was unreasonable. Labbe also appealed his fine and suspension.

Ultimately, the appeals panel of Lake Speed, Russell Hackett and John White determined that the original penalties pertaining to the installation of the rear truck arm was generally up for interpretation. As a result, the penalty was reduced from a P4 penalty to a P2 penalty. Due to the reduction, the point penalties were reduced from 25 to 10.

The panel did agree that the aluminum brackets discovered during the inspection were illegal and upheld Labbe’s three-race suspension. Labbe, who has already sat out two race weekends, will sit out this weekend’s action at Bristol Motor Speedway. Labbe’s fine was reduced from $50,000 to $20,000. In addition, Labbe will remain on probation through the end of the calendar year.

As a result of the ruling, Circle Sport’s No. 33 moves up from 35th to 34th in owner points. Alex Kennedy is currently entered in the car for Sunday’s Food City 500 In Support of Steve Byrnes And Stand Up To Cancer.

Thank you for explaining the details of the offense –
Wish that kind of information would come out aout _”tiregate” instead of just announcing they “broke the tire rule” – — HOW ?? SPECIFICALLY– WHAT did Nascar find ? – HOW did Chidress defend whatever actions he’s been accused of ?