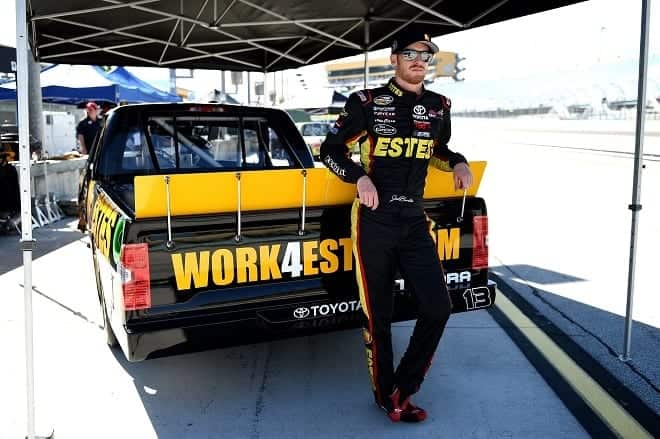 BK Racing announced Monday a partnership with Estes Express for the 2015 NASCAR Sprint Cup Series season. The partnership will involve the No. 26 Toyota that is driven by Sprint Cup rookie contender Jeb Burton.

The partnership will begin next weekend at the Richmond International Speedway. The moving company served as a NASCAR sponsor for the first time last season with Burton in the NASCAR Camping World Truck Series. Their mission in the sport is to showcase their dedication and excellence in the business.

“I am proud to have Estes Express Lines join the BK Racing family for the 2015 season,” said owner Ron Devine in a press release. “They are a great company, whose mission is to drive excellence-similar to that of NASCAR. I believe this is a great partnership for the team, and I can’t wait to reveal the No. 26 Estes Express Lines Toyota at Richmond.”

Burton, who is a rookie in the Sprint Cup Series, is also excited about the return of the sponsor. “I am excited to have Estes Express Lines back on board with me for the 2015 NASCAR Sprint Cup season,” said Burton in a press release. “Estes is a great company and has been a great supporter of my racing. I can’t wait to get behind the wheel of my No. 26 Estes Express Lines Toyota and race under the lights at Richmond. Who doesn’t love some short-track racing!”

Burton has five career starts in the Sprint Cup Series season so far this year. His best finish came at the Martinsville Speedway with a 29th-place finish.