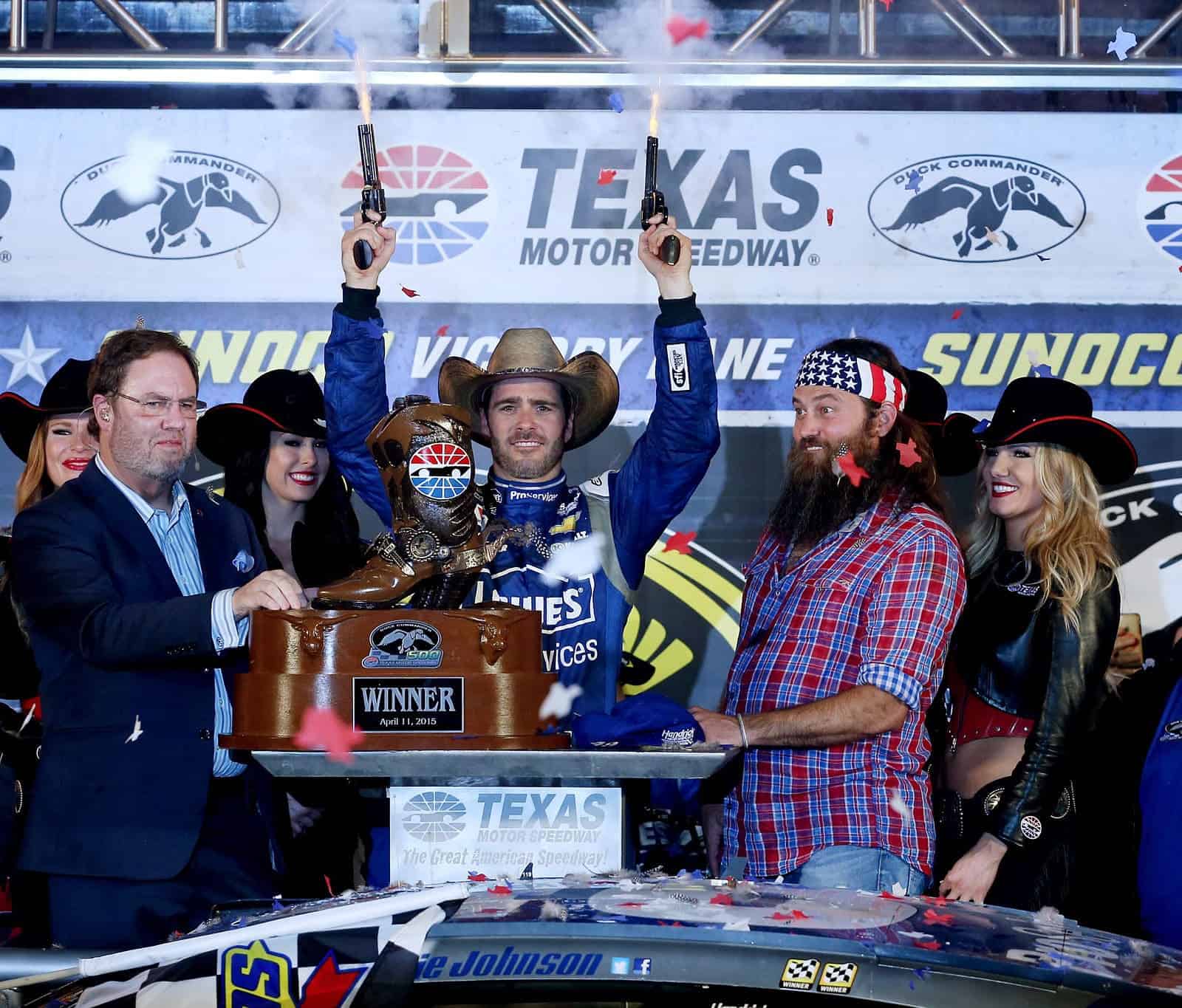 Saturday night at Texas Motor Speedway might have foreshadowed the battle for the 2015 Sprint Cup championship between Jimmie Johnson and Kevin Harvick. It was a riveting battle for the win in the final 15 laps. And if Harvick didn’t push his car a bit too far and scrape the wall, it might have been an even better finish.

Maybe I read the Logano part wrong, but he has 1 win not 2.