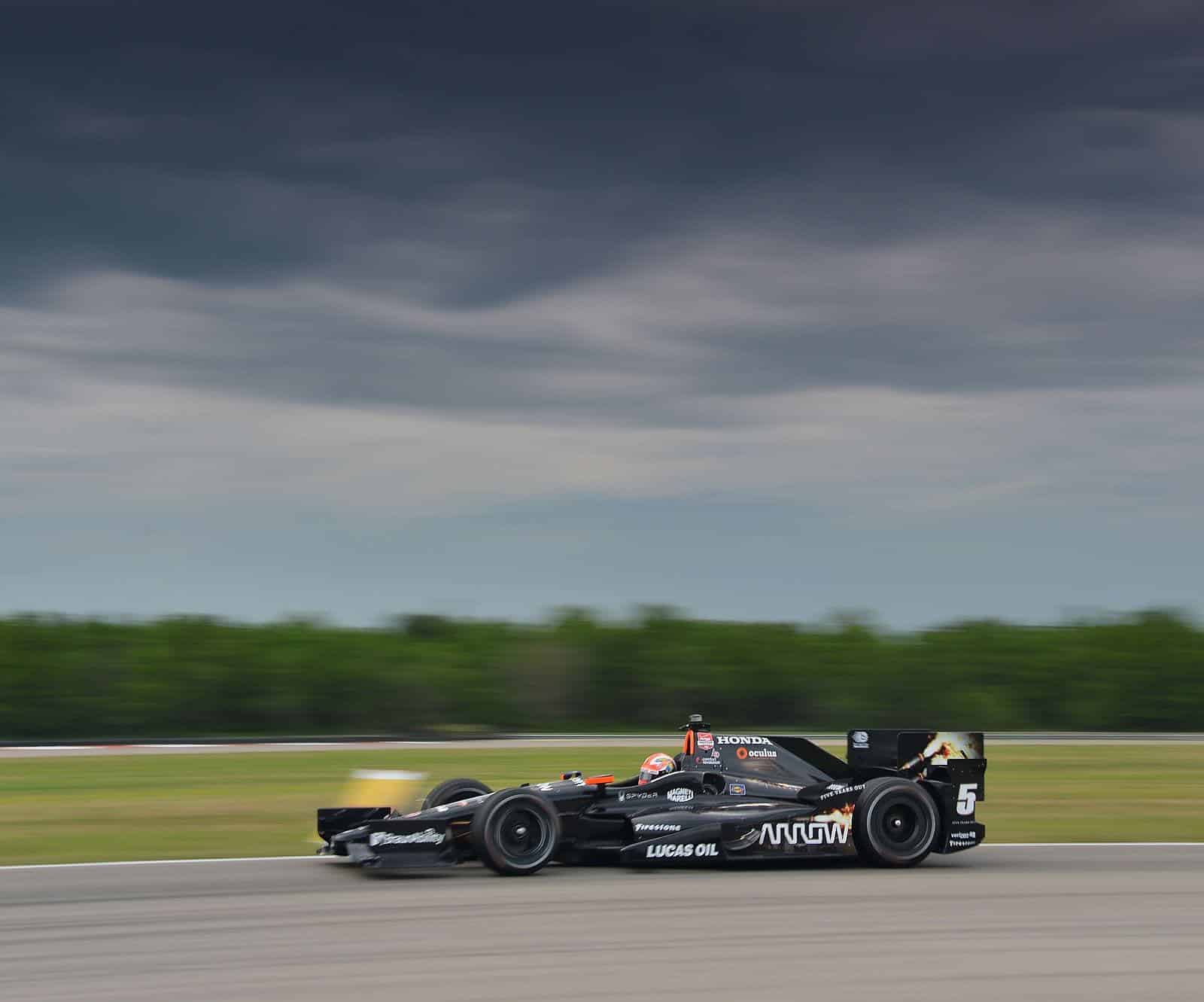 I’m not sure when or why it happened, but it seems that motorsports fans have developed a strange affinity for racing in the rain in recent years. And to be quite frank, the fascination confuses me. With the exception of Formula 1 and select sports car series, no series on the planet is currently capable of staging competitive races in the rain. F1 gets a pass on rain racing strictly because the series has spent years upon years perfecting a rain-racing package, and even that series still refuses to put cars on the track when the rain is even slightly heavy.

The fact of the matter is that it is difficult, no, almost impossible for major motorsports series to stage competitive races in the rain today. The vast majority of series on Earth, even the uber-profitable ones like NASCAR, do not have the time or resources to devote to building a rain-racing package that is actually viable given the fact that rain-racing is such a rare occasion. Any rain-racing packages that such series produce tend to be half-assed, ineffective, and only suitable for light rain conditions, and even when the packages do work, the on-track racing tends to feature very little passing and a whole lot of needless wrecking.

So, knowing all of those variables, my question is the following: why on Earth does INDYCAR continue to think it can stage viable races in heavy rain and/or on heavily soaked racetracks? Because by all accounts, Sunday’s race at NOLA Motorsports Park was a complete and utter failure. Heavy rain permeated the weekend and was a factor in nearly every practice and qualifying session, effectively saturating the new (and as we would find it, poorly irrigated) track surface, which meant weepers were constantly forming throughout the racetrack. Additional rain during the race only added to the already treacherous conditions, and as such, the race was an incomprehensibly messy wreckfest that was largely contested under caution flags.

You’d think INDYCAR would have learned from its mistakes in the 2002 Surfers Paradise event. In that race, similarly heavy rain conditions permeated the weekend, and against the sanctioning body’s better judgment, the race was run anyway. On lap 1 of the event, a massive crash ensued that injured drivers Adrian Fernandez and Tora Takagi. Clearly ignoring what had just happened, the series stubbornly had teams pull out backup cars and continue the race as if nothing happened. The race ended up being a disaster that was contested in nearly the same fashion as this past Sunday’s race, with most of the laps being run under yellow. That race was a farce, and this past Sunday’s race was too.

Ah but wait, there’s more! INDYCAR and it’s previous iterations have had numerous derp-moments when races were threatened by rain. Does anyone remember the INDYCAR event at New Hampshire in 2011? On lap 206 of the race, rain began pouring onto the racetrack. There were only nine laps left in the race, and out of a desire to have a green-flag finish, INDYCAR ignored the wishes of the teams tried to finish the race under green in spite of the clearly evident rain falling onto the track. A major wreck broke out on the restart and the race ended in major controversy. The only good that the world got out of that race was Will Power‘s glorious double-bird gesture to the INDYCAR officiating team that he issued in a fit of anger over how the race ended.

Rain-racing has never gone well for the Verizon IndyCar Series. At it’s best, it’s produced forgettable races that featured little passing due to the limitations of the series’ rain tires. At it’s worst, it has been a massive safety hazard that has put the series’ drivers and fans at risk. Put simply: it is just not worth it.

I admire INDYCAR’s desire to get green flag racing in regardless of the weather. I really do. But the series absolutely has to do a better job of judging when a track is safe enough to race on. NOLA was just one of a long line of rain-related officiating SNAFUs in INDYCAR history, and given all we have learned over the years, it needs to be the last.

The fascination is over, and the novelty has worn off. INDYCAR does not need rain-racing in order to survive. So for now, let’s just leave rain-racing to a future that can handle it.

IndyCar could help itself by not going to NOLA during the rainy season.