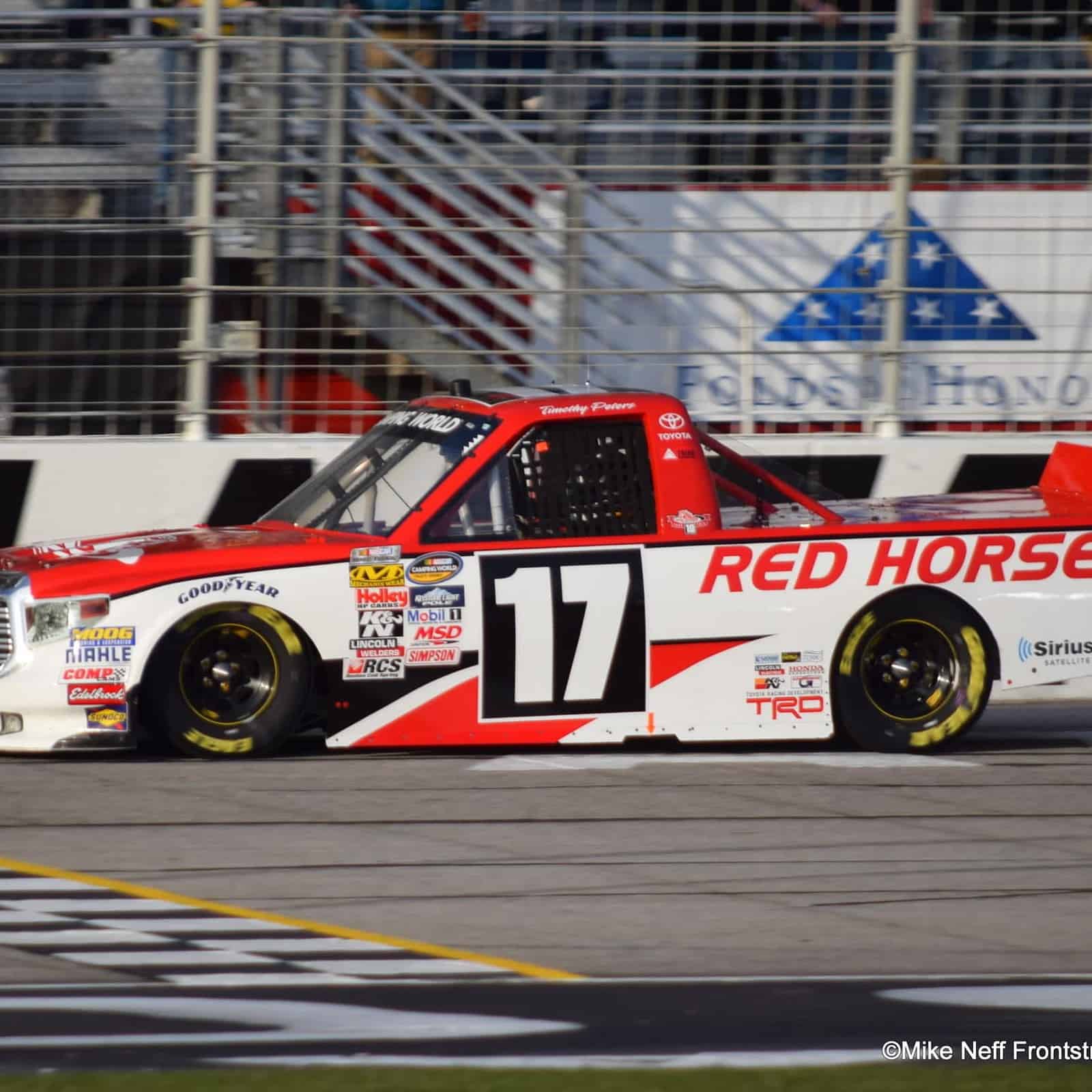 The Camping World Truck Series may be sitting silent this week, awaiting its return at Kansas Speedway in three weeks, but the Xfinity and Sprint Cup series are headed off to Bristol Motor Speedway for a little short-track showdown. As is the case with pretty much every extended downtime, very little has gone on in the way of announcements for the Truck Series, so now is a perfect time to take a look at some of the most memorable moments for the series at Bristol.

Who could forget Kyle Busch‘s tangle with Jennifer Jo Cobb during the 2010 O’Reilly 200? Busch, who started at the back of the field for unapproved adjustments after scoring the pole, caught up to a pack of slower traffic and simply drove straight through Cobb’s No. 10 Ford just 36 laps into the race. As usual, Busch had one of the strongest trucks on the track that night and would have easily passed Cobb, but driving straight through someone who has nowhere to go on a track as narrow as Bristol is just boneheaded, especially that early in the race.

You’re not supposed to be able race three-wide into the corner at Bristol and have all three drivers make it out in one piece, right? Wrong. Jason White, Busch and Johnny Sauter did just that during the 2009 O’Reilly 200, and all three managed to drive out of the three-wide with no issue. White and Busch led a combined 168 of 200 laps (White: 86; Busch 82) and finished 14th and first, respectively. Sauter came home 18th, one lap down.

Watch this video and you may want to call me a hypocrite for scolding Busch earlier, but this incident, also in 2010, was a quite different. Austin Dillon was running two laps down during his rookie season as the field came to the white-flag lap. Matt Crafton, on the other hand was on the lead lap with Max Papis and Dennis Setzer bearing down on him for position. It has been NASCAR’s expectation that drivers not on the lead lap should not interfere with the race results, especially that late in the going. Crafton had also tried to send a message to Dillon to move on, bumping him multiple times before the eventual hit that caused the driver of the No. 3 Chevrolet to wreck.

Timothy Peters went wire-to-wire during the 2012 UNOH 200, a feat that’s not easy in today’s NASCAR period, much less at a place like Bristol where beating and banging can cause all kinds of damage and change the course of a race in a matter of seconds. In a season where Red Horse Racing rode all kinds of momentum, Peters, who had already won at Iowa, brought teammate Parker Kligerman along with him for a 1-2 finish for the organization.

Author’s Note: Do you have a Bristol Truck Series memory that I missed here? Tell me about it in the comments below, and your picks will be featured in next week’s edition of Truckin’ Thursdays!