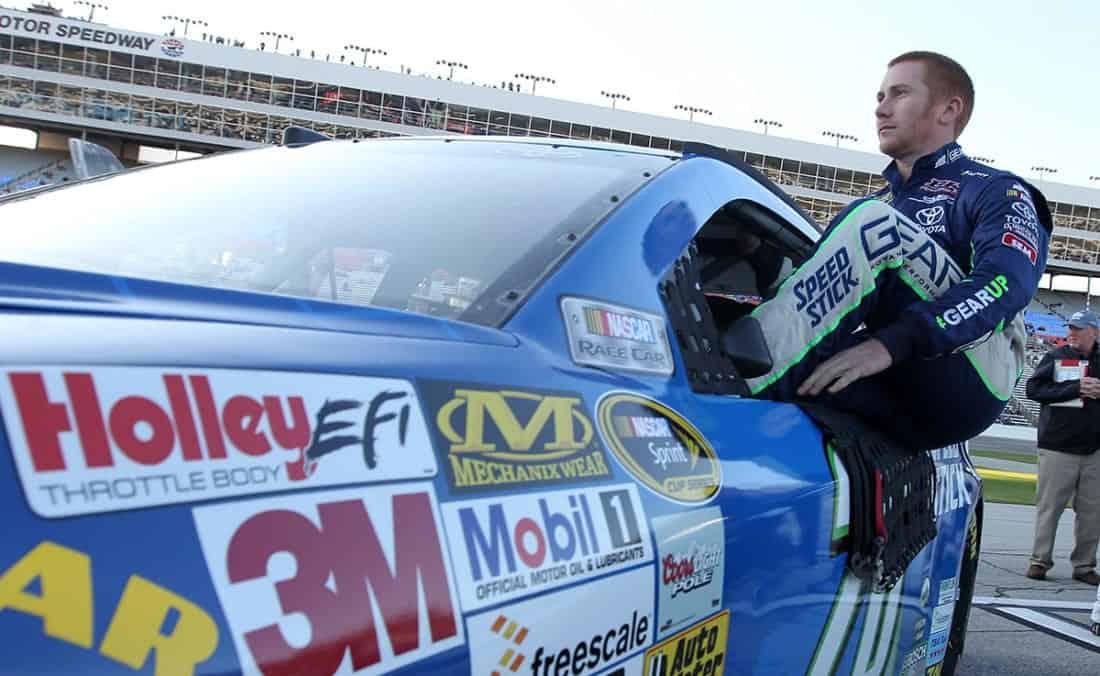 Front Row Motorsports and Cole Whitt announced a new primary sponsor on Tuesday. Tweaker Energy Shot will adorn the hood of Whitt’s No. 35 Ford this weekend at Bristol Motor Speedway and again at Watkins Glen International in the summer.

This will be Tweaker’s first primary sponsorship in the Sprint Cup Series, and the Dallas-based company served as an associate on Whitt’s car last weekend at Texas.

“We are so excited to make our move to Sprint Cup and begin our new relationship with Cole Whitt and the Front Row Motorsports team,” Nick Mihnovets, vice president and general manager at Tweaker Energy Company, said in a press release.

Tweaker began selling energy shots in 2008 and is currently sold in numerous convenience stores, including Circle K and Hy-Vee. They join competitors Five Hour Energy Drink and NOS in sponsoring cars in the Cup Series.

“Tweaker Energy Shot has grown fast in the time it has been on the market,” Whitt said. “But we’ve got millions of fans watching NASCAR races every week and maybe some of them haven’t heard of Tweaker yet, so we’re going to change that.”

Whitt is currently in his second full-time year in the Sprint Cup Series. His best finish came at Talladega last fall, where he finished 15th. He finished 18th in last year’s Food City 500 at Bristol.