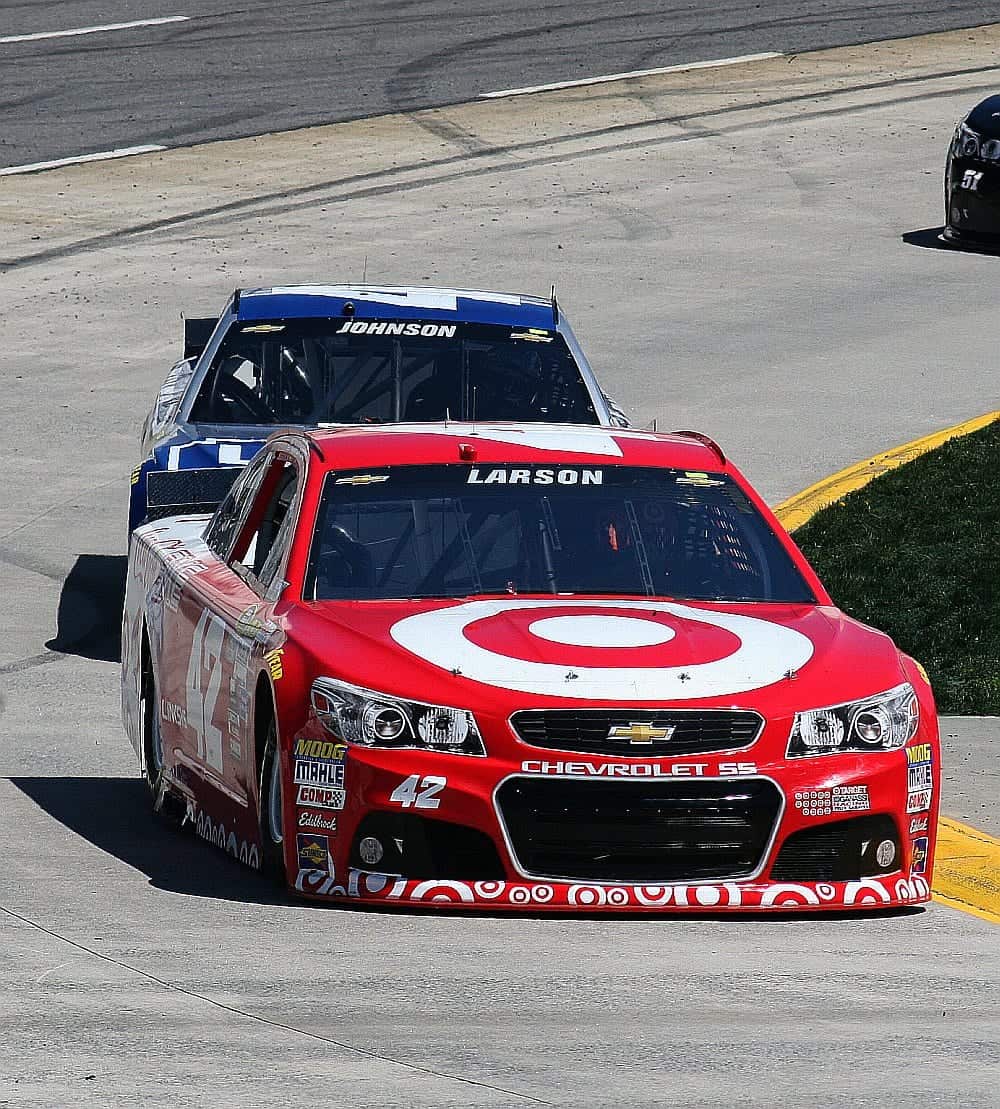 Bristol Motor Speedway. The very utterance of the name elicits countless images of watershed moments of the sport’s history that have taken place at the track over the years. It is a historic track, and the Food City 500 is a historic race. The best of the Sprint Cup Series will do battle on Bristol’s ferocious high banks this Sunday in what should be one of the most exciting shows of the season. So let’s not wait around on this one: get the skinny on this weekend’s race in the paragraphs below so you can settle in comfortably for the 500 laps of mayhem that is, Bristol Motor Speedway.

1. Will rain change how the race plays out (part two)?

You’ll notice the title for this question is the same one used for the first question of last week’s edition of this column. The reason being is that we have almost an identical threat of rain to the one we had last week. Rain is supposedly imminent for Sunday’s race, with the most optimistic projections for the forecast featuring at least a rain delay at some point in the event.

Of course, this is an especially relevant factor given that we are at Bristol, as in this very race last year, torrential rains caused a major delay in the race and completely changed the whole complexion of the day. Last year’s race essentially had a consistent threat of rain throughout the rain, with most drivers operating under the assumption that the race could end at any moment. The result? Constant hair-raising action.

Could we end up seeing this year’s Food City 500 play out the same way last year’s edition of the race did? I think it is entirely possible.

2. Can an underdog team steal a win?

Much is made about how restrictor-plate tracks are a haven for underdog teams, but the reality is that short tracks offer an equally good opportunity for under-resourced outfits to make something happen and perhaps steal a Chase spot. Short tracks, much like plate tracks, put the whole field on an even playing field. Driver skill, not aerodynamics and engineering, determines who takes the checkered flag at NASCAR’s tiny bullrings much in the same way that driver skill is the sole determinant of plate-track finishes. So if an underdog team can grab a plate win, it can certainly take a short-track win as well.

Looking at the field, a few teams stand out as possible candidates to shock everyone on Sunday. Germain Racing with driver Casey Mears certainly looks like the top candidate to pull off the feat. Mears and Co. are sitting solidly within the top 20 in the points and have had top-15 speed in just about every race thus far this season. They are finally a legitimate threat to win, and Mears has enough chops to shock the world and get it done if things line up just right at the end of the race.

I also would not rule out the Front Row Motorsports cars. They’ve been markedly better in 2015 than they have in years past, and, again, if they can pull off some nifty strategy late in the race, they have enough speed to hold the lead.

3. How will the addition of extra SAFER barriers on the outside of the track affect the racing?

For the second time in the past six years, Bristol Motor Speedway officials are adding additional SAFER barriers around the outside wall of the track, a move that will once again shorten the width of the circuit by a noticeable margin.

The move was made after considerable pressure was applied to NASCAR’s tracks in the wake of the Kyle Busch incident at Daytona earlier this year, as many tracks have taken the initiative to boost their safety clout. In Bristol’s case, the added SAFER barriers will almost certainly change the way the track is raced.

How so, you ask? Well, given that the track is now effectively shorter in width, the high lane around the track will likely gain a bigger speed advantage over the bottom lane. With less track width to help carry speed off the corners, the bottom lane will be more difficult to run effectively, thus making the high-lane an even more favorable option. As such, expect to see a large train of cars running the top lane for most of Sunday’s race.

Just one year ago in this very race, we witnessed what can only be described as Larson’s true arrival on the Sprint Cup level. Larson was a legitimate factor for the win on that night, proving to all that he has the chops to compete for wins on one of the toughest tracks in the Sprint Cup Series.

In fact, throughout Larson’s tenure in the NASCAR world, Bristol has consistently been an excellent track for Larson, and perhaps the one where he has been the most impressive. Larson, as I’m sure you all remember, nearly won the spring NXS Bristol race in 2013 in a photo finish with Busch, a moment that likely solidified the young driver’s place in fans’ psyches.

Now a sophomore Sprint Cup driver, Larson is at a point where a win is an expectation, not a surprise. He enters this weekend as a favorite to win, and could very easily be the first first-time winner in the series since AJ Allmendinger broke through for his first victory at Watkins Glen last August.

I think Larson will be a threat to win on Sunday, and could very well get the victory we’ve all been waiting for him to attain.