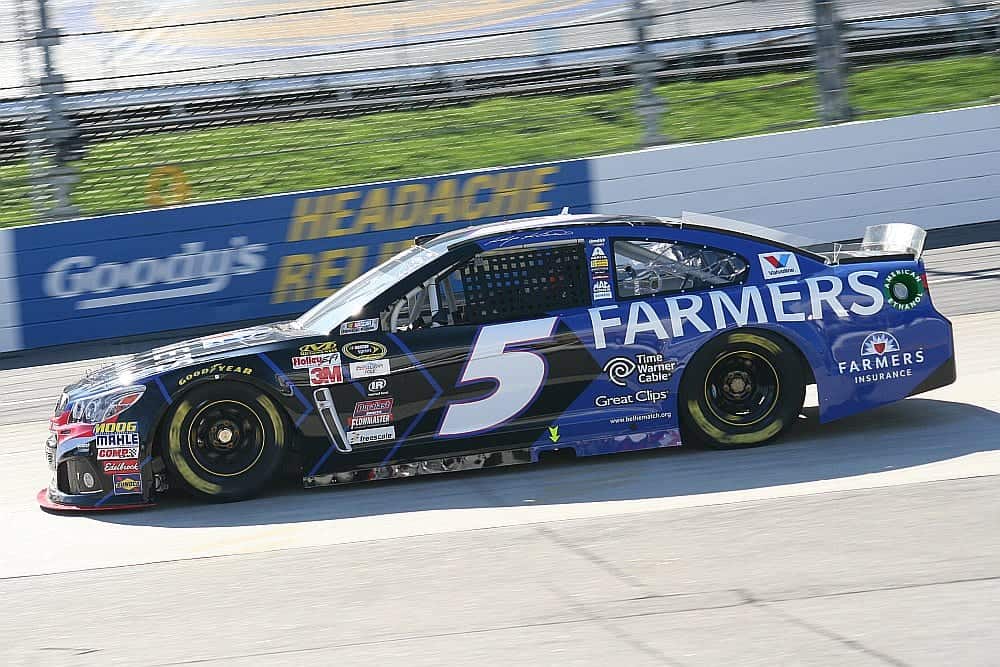 Coming off his third top 10 of the year, Kasey Kahne led the way at Bristol Motor Speedway for the first practice session of the weekend.

Clocking in a time of 14.971, the driver of the No. 5 car for Hendrick Motorsports continued to show speed right off the truck.

At Texas, Kahne was inside the top two in both practices and was the quickest in the 10-consecutive-lap average. Moreover, he had one of his strongest runs of the year, finishing eighth.

Kahne’s teammate Dale Earnhardt Jr. was second quickest in the lone practice on Friday by one thousandth of a second. Brad Keselowski, Carl Edwards and David Ragan rounded out the top five.

Multiple small teams focused on qualifying runs throughout the session, with Josh Wise leading the way for a chunk of the time.

Tony Stewart ran 65 laps, which was the most out of the 45 cars. Michael Annett, Alex Kennedy, Brett Moffitt, Danica Patrick, Earnhardt and Paul Menard each ran over 50 laps.

Qualifying for the Food City 500 will take place at 4:45 p.m. ET on Friday afternoon.