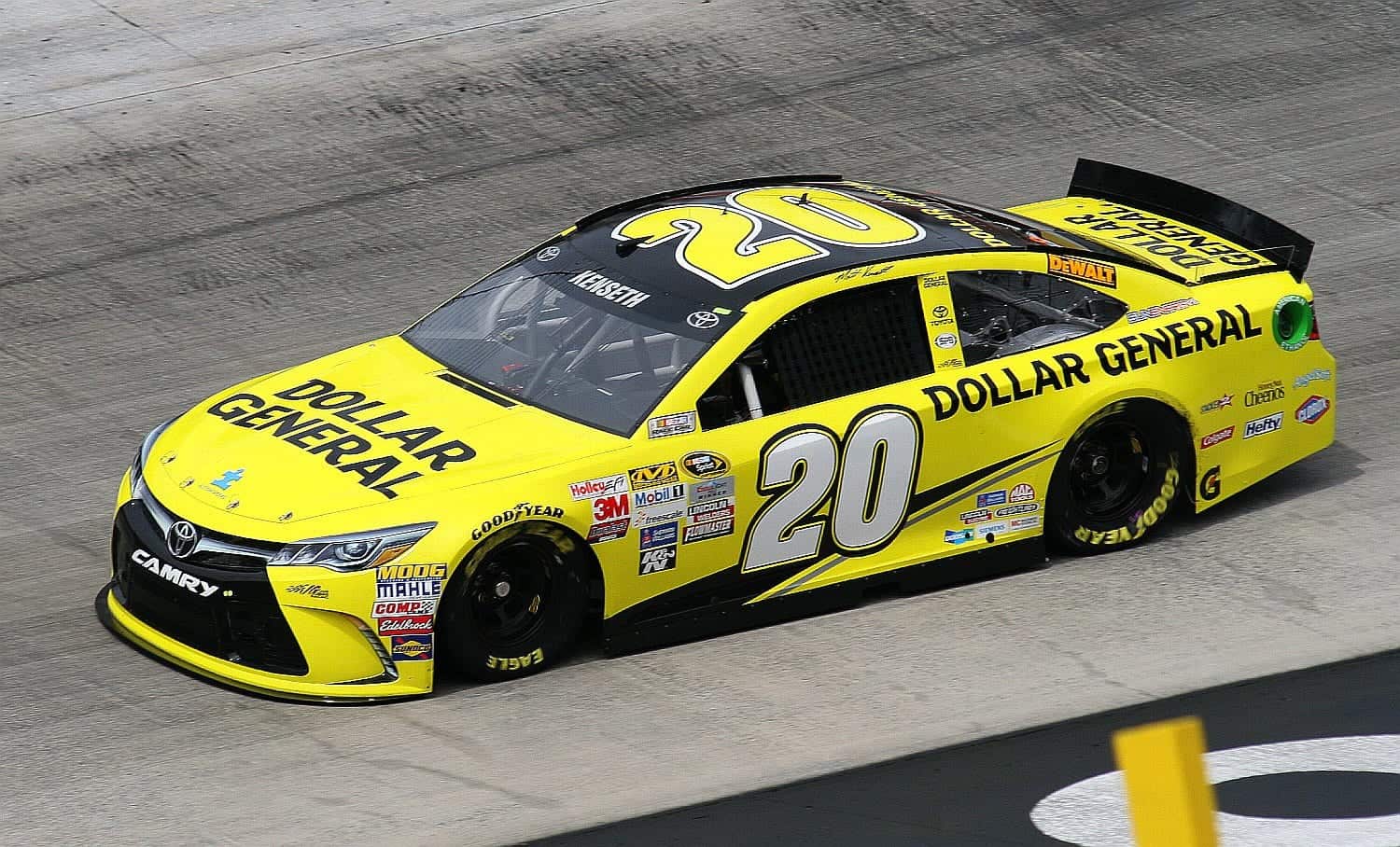 Back to Bristol this week, a place where the Joe Gibbs guys can flex some muscle. This could be the week that Carl Edwards becomes a big factor in the Chase. To get there Edwards is going to have to go through his teammate Matt Kenseth, who put it on the pole, and the Stewart-Haas cars of Kurt Busch and Kevin Harvick, who look fast again this week. Brad Keselowski and Joey Logano both showed impressive speed in the first practice and should factor into this race.

So what does Bristol mean for Fantasy Live players? Bristol is all about the laps led, laps led and more laps led points. The drivers are scheduled to circle the track 500 times this weekend, so that’s a ton of points to be gained if you can identify the right drivers. When happy hour rolls around tomorrow, keep an eye on those Penske drivers and revisit your Fantasy teams, because that Keselowski can be sneaky.

Harvick wasn’t the fastest in practice and wasn’t the fastest in qualifying. However, that really doesn’t matter because its Kevin Harvick and this is 2015. At this point in time I am convinced Harvick could show up with a school bus loaded with kids and at least lead 20% of the laps. I imagine that he’ll look fast in happy hour and the race; I also imagine the sky is blue and water is wet.

Kenseth has led 531 laps here in the last six races, and that is 151 more than second-best Keselowski. The No. 20 car is on the pole this week, and that should spell lots of laps led for Kenseth. Not only will he command the start of the race but he will have the number one pit stall, which is a nice advantage this week. The JGR guys look good here at Bristol, much like they have in the past, so this is a team to watch this week.

I think Busch might be Harvick’s slightly madder alter ego. If he can keep running the way he has the last few races, I might decide Harvick is Busch’s nicer alter ego instead. This team is putting it all together, and one of these weeks is going to be their week. Picking him up at a cheaper price is going to pay off nicely for us down the line, I hope.

Casey Mears starts 27th this week, so that should be a good pickup for your fantasy team. He burned us a little bit last week starting 20th, but I think this is still a good pickup for Bristol. I would keep an eye on him, but if he looks slow in happy hour, I would switch him out for David Gilliland.

David Ragan was fast in practice but he starts 11th, about 15 places higher than I would like to see him start. That being said, Ragan has been putting in some good performances when he hasn’t had bad luck. Lets hope he puts in a herculean performance this week and finishes in the top 10. It would make a great story if this young man could pull off a victory before Kyle Busch returns to the No. 18 car.

Looking at his past performances and his speed in qualifying, Kenseth is a good bet this week.

When you go with with Kenseth you got to go with Toyota.

As always, if you have any questions about your lineup feel free to leave a comment in the comments section and I will be checking and responding to any of them. Also, check in after final practice as I may modify the lineup a little. Thanks for reading!