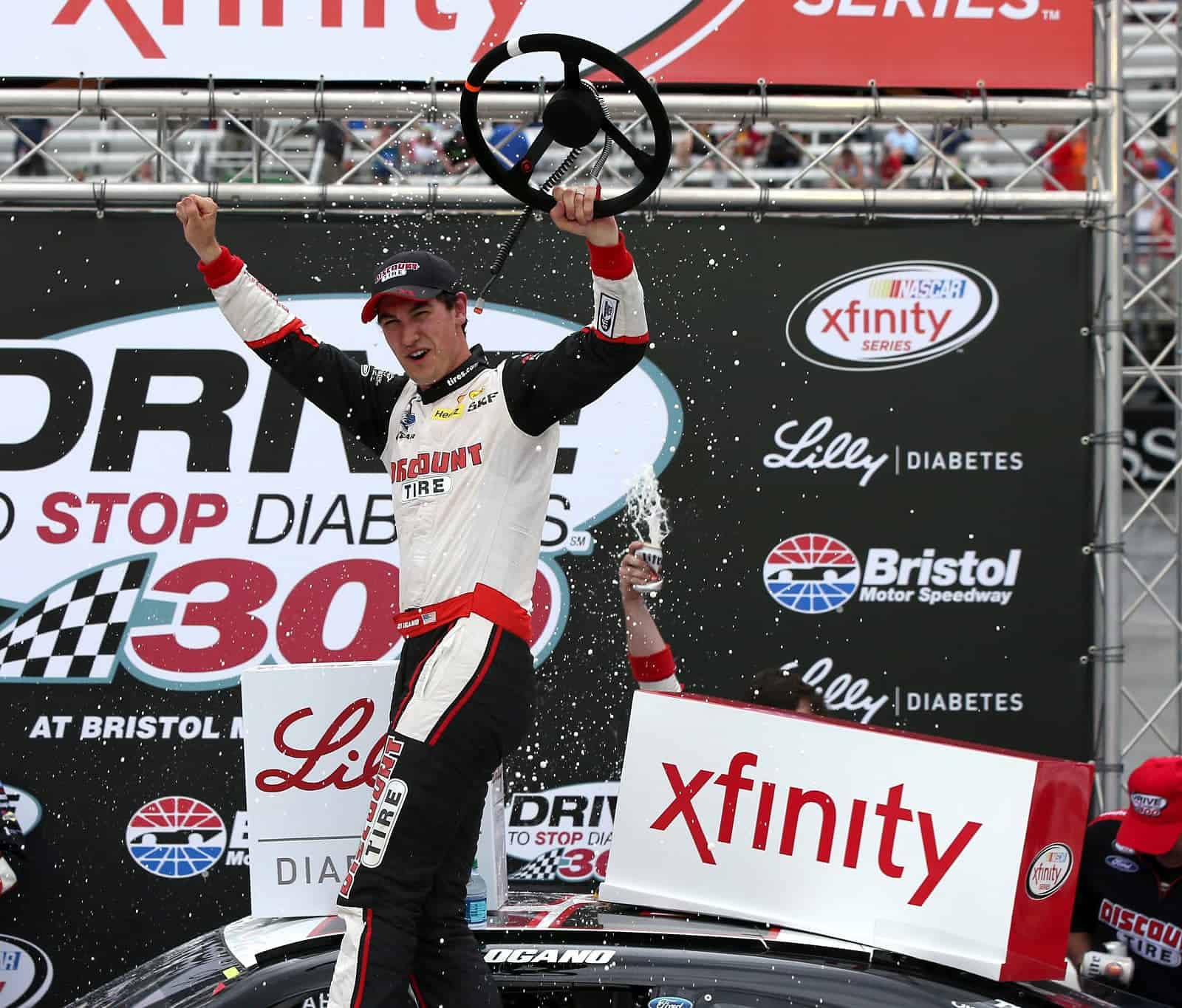 One word to describe Joey Logano‘s NASCAR Xfinity Series race at Bristol on Saturday: domination. Logano qualified second, but led all of the race’s 300 laps and scored his second NXSY victory of the season. Logano became the 19th driver to win an Xfinity Series race by leading every single lap, and now holds the record for leading the most laps in a single race.

On the 10th and final restart of the race, Logano had to hold off regulars Daniel Suarez, Chris Buescher and Erik Jones to score the win. Suarez’s second-place finish is the best of his rookie season. Buescher’s third-place run is enough to leave him tied for first place in the points standings with Ty Dillon, who finished the race in fifth. After scoring his first career win in Texas eight days ago, Jones won his third career pole earlier in the day and finished the race in fourth after making contact with his teammate Suarez earlier in the day.

Chase Elliott rebounded from nearly going a lap down early in the race to finish sixth. Logano’s closest competition for the majority of the afternoon was Kevin Harvick, but a speeding penalty on pit road following the fourth caution ended any chance he had at the victory. Harvick only come back to finish seventh, with Brian Scott, Brendan Gaughan and Elliott Sadler rounding out the top 10.

Denny Hamlin and Regan Smith both looked to have strong cars, but rear end gear issues sidelined both drivers during the race. Smith finished 3oth and Hamlin finished 31st.

The red flag came out with less than 100 laps remaining after Ryan Sieg and JJ Yeley crashed, causing Yeley’s front splitter to be lodged under the turn 3 barrier, damaging the wall.

The Xfinity Series’ next race will be next Friday night at Richmond International Raceway, where drivers will race for 250 laps in the ToyotaCare 250. Coverage begins at 7:30 p.m. ET on FOX Sports 1.