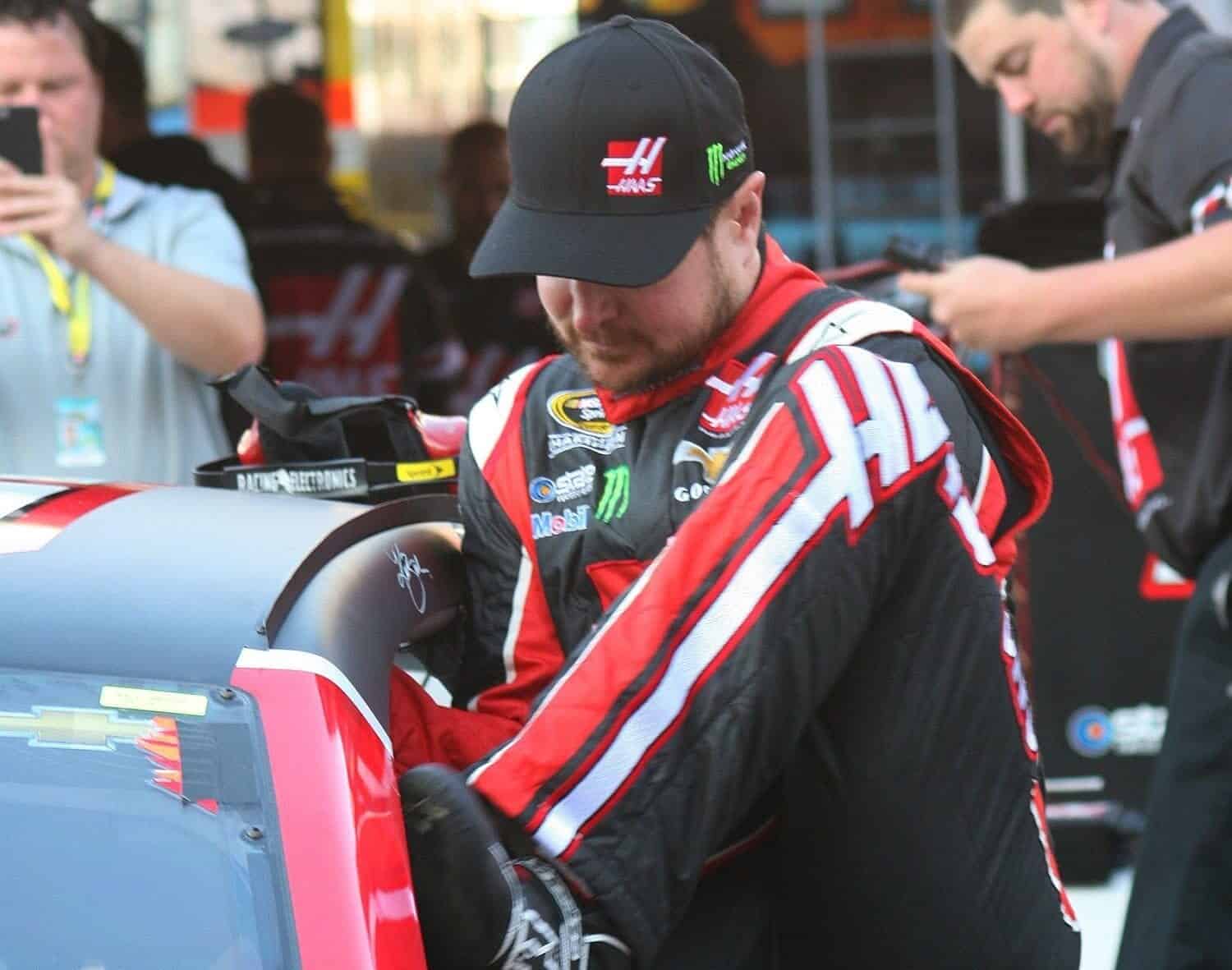 Sprint Cup teams had two sessions to dial their cars in for Sunday’s Food City 500 in Support of Steve Byrnes and Stand Up to Cancer. The two practices were eventful, with drivers running up next the wall, side by side and some getting physical.

Kasey Kahne picked up from where he left off in Friday’s single practice by leading the field in Saturday’s first practice. A time of 15.129 seconds (126.829 mph) put Kahne on top of the speed charts, in front of Kevin Harvick and Joey Logano. Kurt Busch and Denny Hamlin rounded out the top five.

Paul Menard, with a time of 15.231 seconds, was good enough for sixth fastest, and Carl Edwards, the defending winner of this race, was seventh quickest. Martin Truex Jr. was eighth, while teammates Dale Earnhardt Jr. and Jimmie Johnson rounded out the top 10.

Jamie McMurray ran 106  laps in during the first session on Saturday, the most of any driver, and ended the session in 11th. Sunday’s polesitter Matt Kenseth‘s fast time of 15.337 seconds placed him 19th on the scoreboard.

The final session of the day was dominated by Kurt Busch, who had a fast time of 15.043 seconds. He and his teammate Harvick led the field in the fastest five, 10 and 20 consecutive-lap categories. Harvick’s single-best lap time of 15.199 seconds was seventh fastest of the session.

Kahne followed up a strong opening Saturday practice with a solid final practice. His time of 15.164 seconds, was the second fastest of the session. David Ragan was third quickest, with Jeff Gordon, Brad Keselowski and Logano completing the top six. Hamlin was eighth fastest in practice, followed by Johnson in ninth, Edwards in 10th, Earnhardt Jr. in 11th and the Chip Ganassi Racing drivers of McMurray and Kyle Larson in 12th and 13th.

There were several minor incidents in both Saturday sessions. Several drivers, including Tony Stewart, Johnson and Brett Moffitt made contact with the outside of wall, which now has SAFER barriers on the straightaways as well as the corners. Ricky Stenhouse Jr. made contact with Edwards in the first session on Saturday. None of the teams involved in incidents will have to go to a backup car.