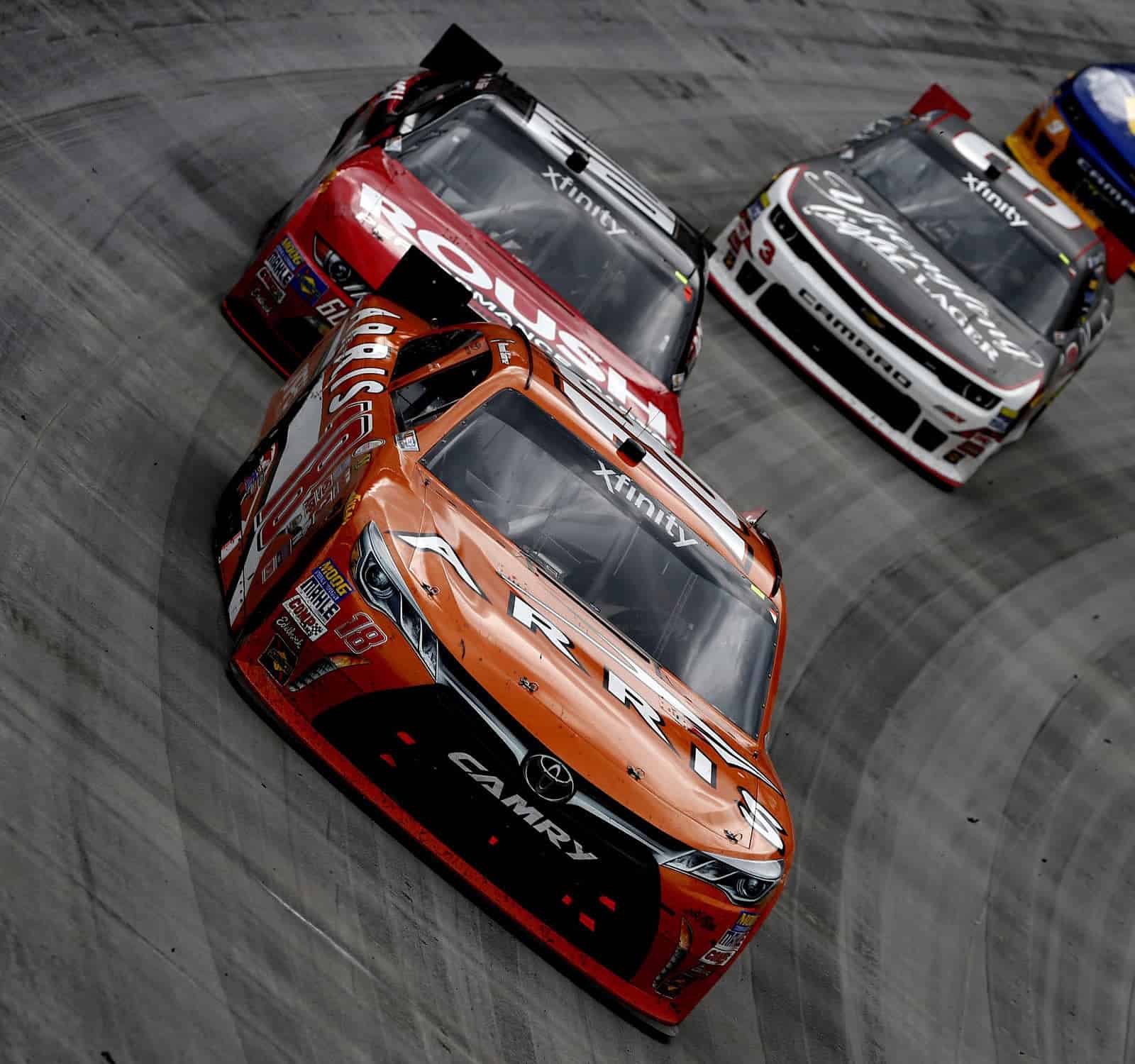 The journey to NASCAR’s second-tier division after being accepted into NASCAR’s Drive for Diversity program has been full of adventures for Daniel Suarez. Joining Joe Gibbs Racing for his rookie season, the Mexico native has been making small strides to the top, but none have been as strong as his run on Saturday at Bristol.

The 23-year-old ran inside of the top 10 for the majority of the 300-mile race at the half-mile track, and took advantage of a solid pit stop to enter the top five. But toward the end of the race, Suarez showed why Gibbs signed him to pilot the No. 18 car.

Overpowering teammate Erik Jones on a late-race restart, he took command of the second position. As he attempted to reel in Joey Logano, who led all 300 laps on Saturday afternoon, Suarez caught lapped traffic at the wrong times, and struggled to get around the slower cars. However, he came home in second place, which gave him his first top-five result in his ninth career NASCAR Xfinity Series start.

What a day!!!! Second place finish in Bristol!! It's AWESOME to see a lot of messages and support!! THANKS #NASCAR pic.twitter.com/KBEoADNXdy

Amassing a top five this early in his Xfinity Series career is just what the doctor order for the former NASCAR Mexico Series driver. Suarez won 10 of his 58 races in that division, which led to advancing to the K&N Pro Series East with Rev Racing. After winning his first race in 2013, he earned two victories to start the 2014 season and ended the season with seven top 10s in 13 starts.

But when he made the jump to Gibbs, he struggled to get adjusted to the tougher competition and larger tracks. With a top 10 at Las Vegas in early March, Suarez appeared to be on the right track. However, he had mediocre runs at Auto Club Speedway and Texas, which has kept him mired back on the border of the top 10 in the standings.

With momentum on his side, he can excel at Richmond, along with the wild-card race at Talladega and the standalone event at Iowa. In addition, running the majority of the Truck Series schedule has given him added track time, which has helped advance the learning curve for a driver that is also adjusting to a new society.

As he continues to compete for wins, Suarez will be opening doors for more minorities to enter the sport. It enables drivers in the NASCAR Mexico Series to slowly flow into the top NASCAR rankings, even though the opportunities will be limited. Gibbs opted to take a chance on him, and it is paying off early on with a sponsor for the entire season and success taking over.