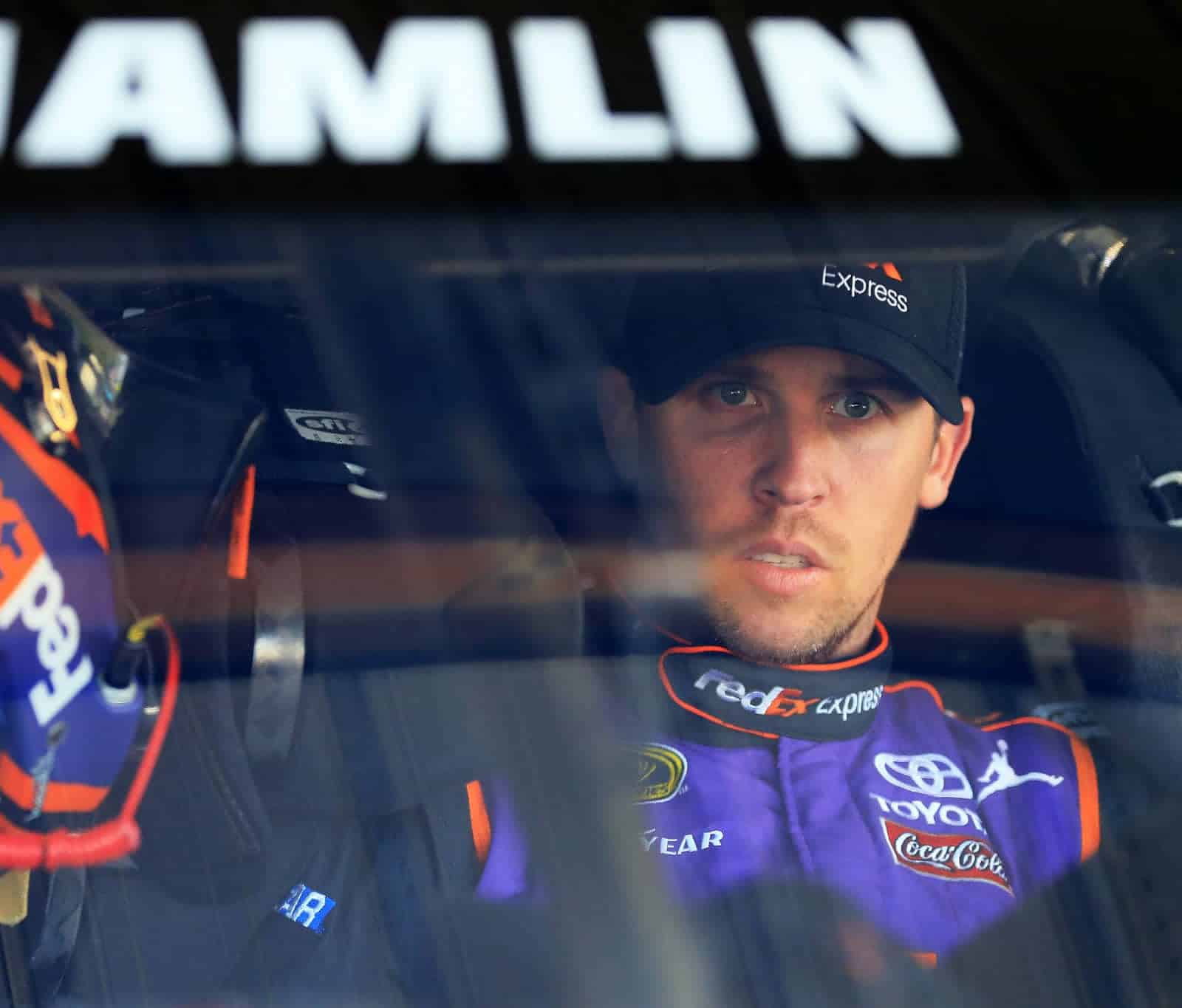 Denny Hamlin will not compete in the No. 11 Toyota following a worsening neck spasm during a long red flag at Bristol Motor Speedway. Erik Jones will substitute, making his first laps in a Sprint Cup Series car.

“Something in my neck-to-upper-back around lap 12,” Hamlin said to a television reporter atop his Joe Gibbs Racing pit box. “I started going backwards at that point because the pain bothered me quite a bit. We’ve been working on it the last few hours but I’m not 100%.”

While the cars pulled out of pit road after a four-hour red flag due to rain, Jones climbed aboard and had to start at the rear of the field.

Since Hamlin started the Food City 500 in Support of Steve Byrnes, he will receive all points and will not lose his Chase eligibility. Hamlin has already won a race this season, which all but guarantees him a spot in the postseason Chase for the Sprint Cup. NASCAR rules dictate that a driver must start (or attempt to start) every Sprint Cup Series points race in order to remain eligible, and Hamlin did initially take the green flag in Bristol.

“With this format its all about winning and there is no way I would be able to go back out there and compete for a win,” Hamlin continued. “Instead I think it’s better to have Erik [Jones] come here, run some laps and get used to these Cup cars.”