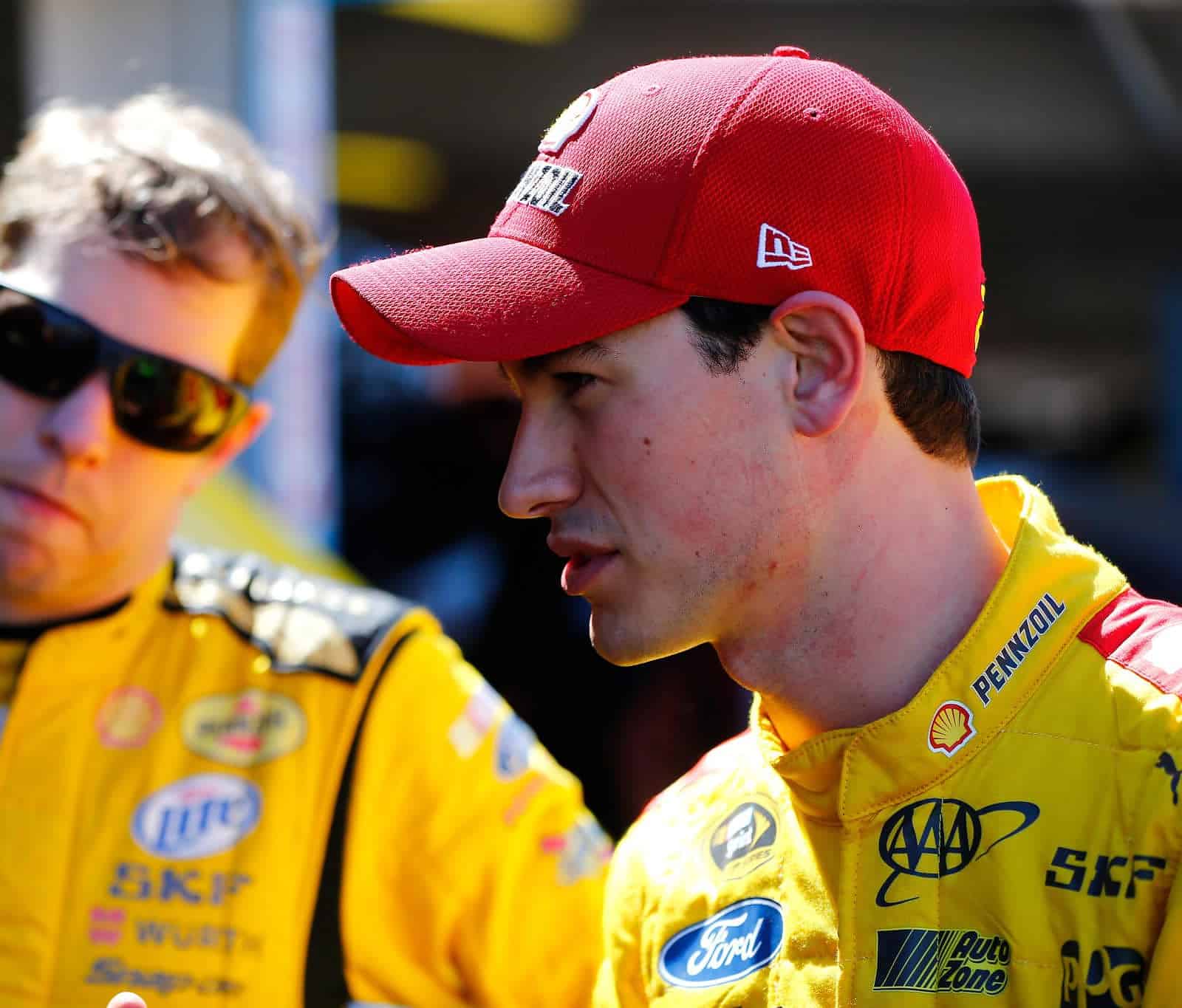 Things turned sour for Team Penske at Bristol Motor Speedway from the start on Sunday.

Completing lap 23 of the Food City 500 in Support of Steve Byrnes, Brad Keselowski broke loose off turn 4 while passing the lapped car of Alex Kennedy, collecting Penske teammate Joey Logano in the process.

“The car just took off on me,” Keselowski told FOX shortly after the red flag was waved for rain. “I would like to blame the rain but I honestly don’t know.”

Within minutes of the two-car accident on the frontstretch, the rain returned and brought out the red flag.

Keselowski said the rain was light during the 23 laps.

“It’s been raining since we started the race, it was just a really light sprinkle and the track was just barely dry,” Keselowski said. “Usually when the car gets that far sideways, there is a reason behind it. Just really hate that I tore up my teammate in the process.”

For Logano, the driver who led flag-to-flag in Saturday’s Xfinity Series race and the defending Bristol winner in Sprint Cup, it will be the first time this season that he finishes outside the top 10.

“Brad just got loose underneath the lapped car,” Logano said. “Looked like he was going to have it saved and he checked up more than I expected. Next thing you know I’m in the back of him and were both heading toward the fence.”