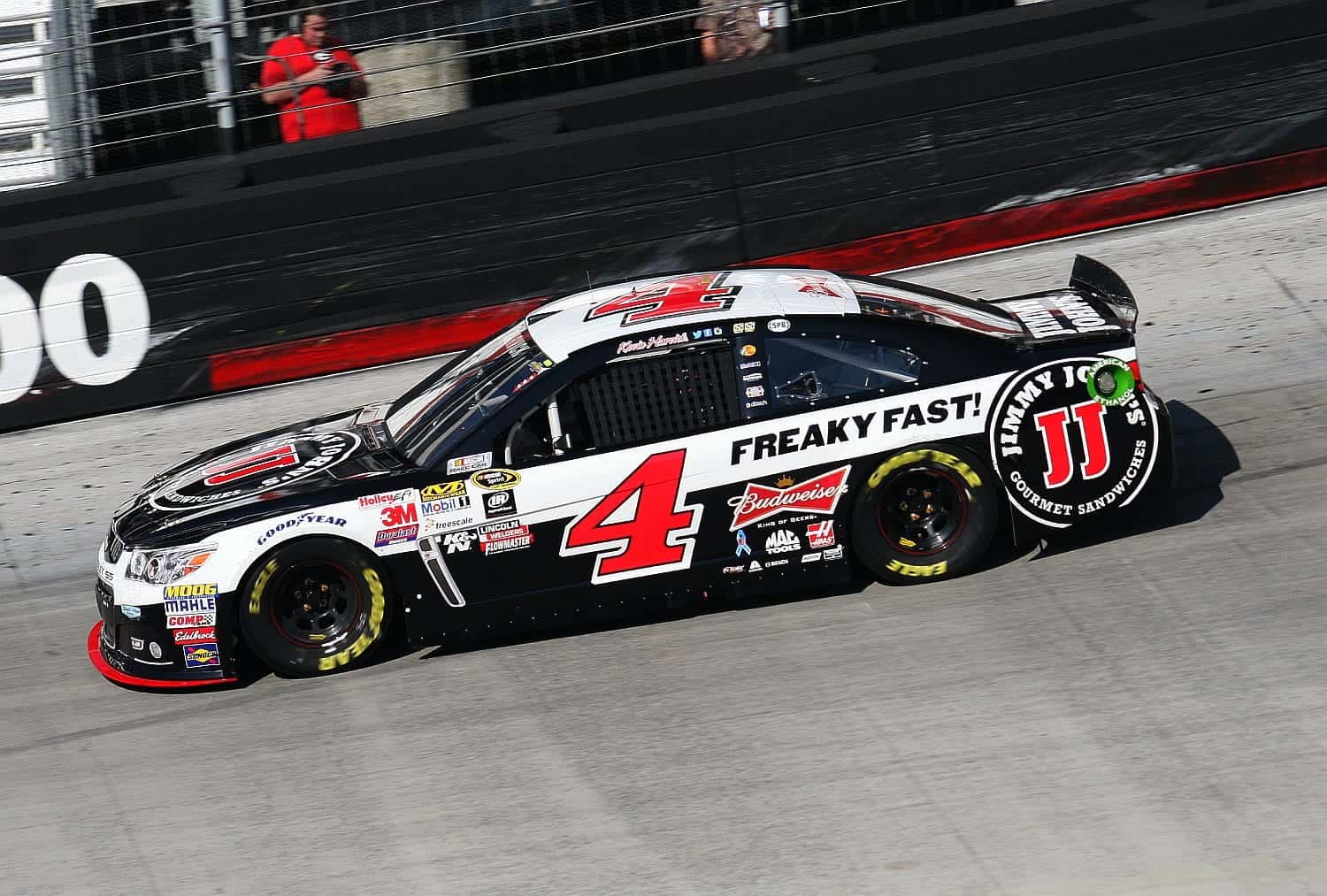 When the lights turn on, the sparks start flying. Especially in the later stages at Bristol Motor Speedway.

While attempting a pass on the lapped car of Jeb Burton, Jimmie Johnson made contact with Burton’s left rear, sparking a multi-car collision into the first turn during Sunday’s Food City 500 in Support of Steve Byrnes.

Third-place runner Kevin Harvick, who enters Sunday as the points leader, spun into a stopped David Ragan, who sat in the middle of the track with massive front-end damage after ramming Johnson’s No. 48.

“Sometimes when you race back there with the squirrels you find a nut sometimes,” Ragan stated to television cameras outside the media center. “The [No]. 26 [car] was a little slower. Jimmie [Johnson] is probably a little impatient trying to get back to the front. I seen him touch him there and as soon as my spotter said they were wrecking, I’m all into the [No.] 48 [car].”

Johnson, who was involved in an earlier incident with a spinning Kurt Busch, spun through turn 1, receiving no further damage.

“The [No.] 48 [car] just got into us a little bit,” said Burton, making his first Bristol start. “I thought I had it saved but it snapped back on me.”

Harvick later returned to the race 42 laps down after making extensive repairs in the garage area.