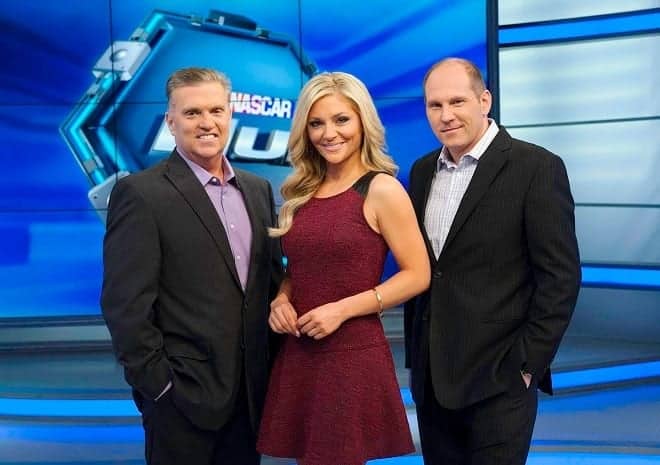 Just two days following a marathon Bristol race dedicated in his honor, NASCAR on FOX reporter Steve Byrnes passed away on Tuesday at the age of 56 after a long battle with cancer.

Byrnes had many passions throughout his life, including racing, football and broadcasting. While attending college at James Madison University, Byrnes played football until transferring to the University of Maryland. When he wasn’t cheering for his favorite teams, Byrnes also loved gardening, traveling with his family and photography.

With over 30 years of broadcasting under his belt, Byrnes hosted Darrell Waltrip’s Racers on TNN, worked as a pit road reporter for CBS, WTBS and TNN, and that doesn’t include the multiple television shows he narrated.

In 2001, Byrnes joined FOX Sports. During that time, he worked multiple shows and live events at the track. When FOX Sports launched FOX Sports 1 in August 2013, Byrnes served as a play-by-play announcer for the NASCAR Camping World Truck Series races and co-host of NASCAR Race Hub.

He is survived by his wife of 22 years, Karen, his son Bryson and parents Jerry and Claire Byrnes of Charlotte.

I am sitting at my desk crying after seeing this awful news. GodSpeed Steve.

My thoughts and prayers go out to Steve’s family and friends today. I am so very sad to hear this. As a longtime NASCAR fan, I feel like I’ve lost a dear friend. We all have. God bless.