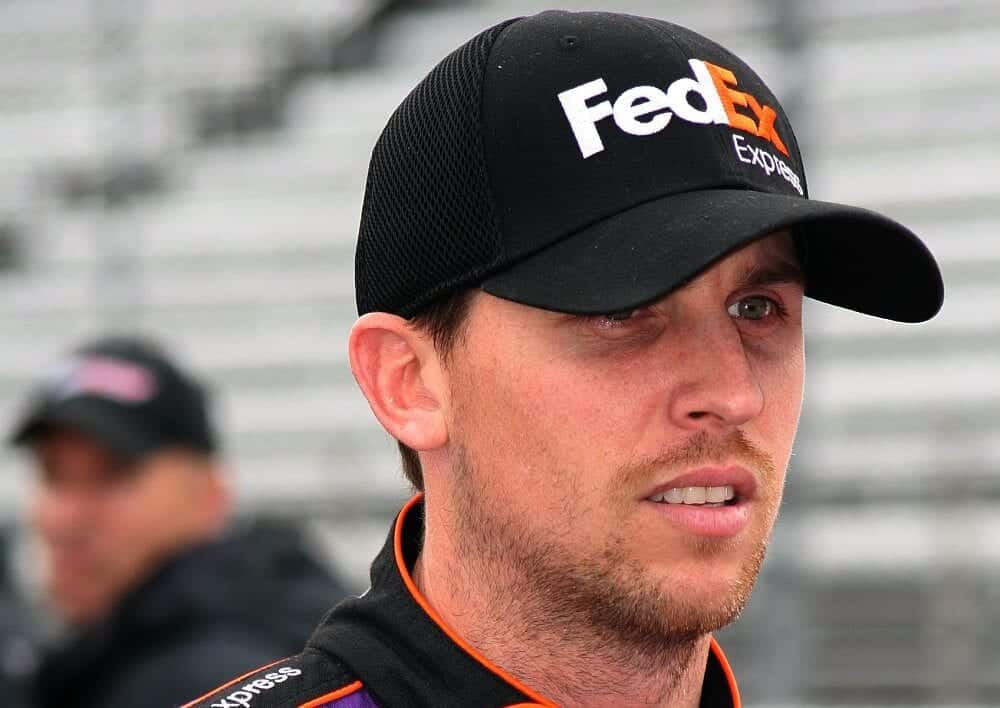 The short tracks are one place where the Joe Gibbs Racing Toyotas have excelled this season. First, there was Denny Hamlin getting the win at Martinsville a couple of weeks ago. Then, in what turned out to be a Sunday night race,  Matt Kenseth scored his first win of the season (and first in 51 races) at Bristol. The key aspect for this race, though, was that Kenseth, along with teammate Carl Edwards, were in the hunt to win almost the entire race, so the win was no fluke. And while Martinsville and Bristol are half-mile tracks (or approximately a half-mile), it will be interesting to see if the Gibbs cars will be similarly competitive at Richmond, which is a 3/4-mile track, on Saturday night. It’s hard to come up with a reason on why they won’t be this time.

NASCAR often takes some shots for some of the decisions it makes from time to time and deservedly so. But the fact the sanctioning body was committed to finishing this race on Sunday night was the right call. The weather forecast for Sunday had not looked for a few days, so it was no surprise rain was a factor on this day. That’s just the way it goes sometimes. But at least NASCAR made every effort, including a short, late red flag, to get the track dry, so the race could finish under green. So, for those of us who stayed up to watch the finish, or even better for the fans who remained at the track to watch the finish, it was the best thing to do. There’s nothing worse than spending hours of time, and for those at the track spending a lot of dollars, to see a race end in caution without every effort being made for a green-flag finish.

OK, it’s true, that Jeff Gordon probably has enough money that his children, Leo and Ella, will probably never have to work a day in their lives if they don’t want to. But still, it was a great gesture by Bristol Motor Speedway to make each of them a grand marshal for Sunday’s race, allowing them to give the “drivers start your engines!” command. And they did it quite well. Whether Gordon wins a race or not in his final full season on the Sprint Cup circuit, who knows? But that start your engines call is a moment he and his family will remember forever.

We got another exhibit for the case that SAFER barriers should line the inside and outside of all NASCAR tracks, no matter what the size of the track is. This one came late in Sunday’s race when leader Kyle Larson was looking to make a pass on the lapped car of Landon Cassill, only to find Jeb Burton toiling along in the slower and lower lane. That caused Larson to move back up to the top side and, in what looked purely unintentional, boot Cassill hood first into the wall. While Bristol is not a high-speed place like Daytona or Talledaga, it was still a hard hit. But this wall had a SAFER barrier and it was good to hear the FOX guys speculate on how bad the wreck might have been without the SAFER barrier rather than if the situation was opposite.

For once at the finish of the race, it was good to see Tony Stewart in contention. Even though he never challenged for the win, Stewart went on to finish sixth. The combination of having a respectable car to work with, along with accidents or poor pit calls (more on that later) trimming down some of the frontrunners, gave Stewart his first top-10 finish of the season. It’s hard to believe it took him eight races to get a top 10, but maybe it will be sign of better things to come for the three-time champion.

What should  we make of Hamlin stepping out of the No. 11 due to neck spasms after the first red flag? Was this a case of Hamlin showing some common sense, knowing he was not at 100% and possibly putting others on the track at risk if the injury effected the way he could handle the car? Or, should he have been able to tough it out? There are all kinds of stories in auto racing where guys have driven with all kinds of seemingly serious injuries (we’re talking broken bones here). Since Hamlin has a win and is pretty much guaranteed a spot in the Chase, maybe he did the right thing. After watching 18-year-old Erik Jones jump into a Sprint Cup car for the first time and finish 26th, only Hamlin knows for sure if he did the right thing or not.

The season-long consecutive top-10 finishes streak by Kevin Harvick, Joey Logano and Martin Truex Jr. had to end sometime, and it ended with a resounding thud Sunday night. That trio had finished in the top 10 in each of the first seven Sprint Cup races this season, but Truex had the top finish of those three Sunday with a 29th. The poor finishes aren’t quite as big of deal to Harvick and Logano, who each have wins in 2015 and are almost guaranteed places in the Chase. But Truex has yet to win, so he can’t afford to start a streak of poor finishes.

Just knowing when and when not to pit late in a race can often be a tricky call. So, when substitute crew chief Paul Klausmeier, who was getting advice from Stewart-Haas Vice President of Competition and veteran crew chief Greg Zipadelli, called leader Kurt Busch into the pits with just 22 laps left at Bristol when fuel was not an issue, that was a head-scratcher. Busch, whether you like him or not, is one of the best wheelmen out there, and even if his car wasn’t quite perfect, it’s hard to see him not winning that race if he stays out.

NASCAR eliminated the rule of having to tighten all five lugnuts when tires are changed on pit stops. So, of course, you know that some teams were going try and see if four lugnuts would do the trick. At least at Bristol, the trick was on the teams. Most notably, Dale Earnhardt Jr. had to pit because of a loose wheel, costing him any chance of victory. The thought was before the season that this new non-rule would sort of police itself, and that has been the case so far.

That was the weirdest race I watched part time in years. The delays, the drama..the kidney stones, the neck spasms. the call to the hauler..the endless cautions, the attrition cheerleading, the usual favoritism…yuck. the usual suspects whining “do as I say don’t do as I do”. But as this article stated I do give Nascar credit for trying to get the race in, but no doubt that decision cost some dearly.