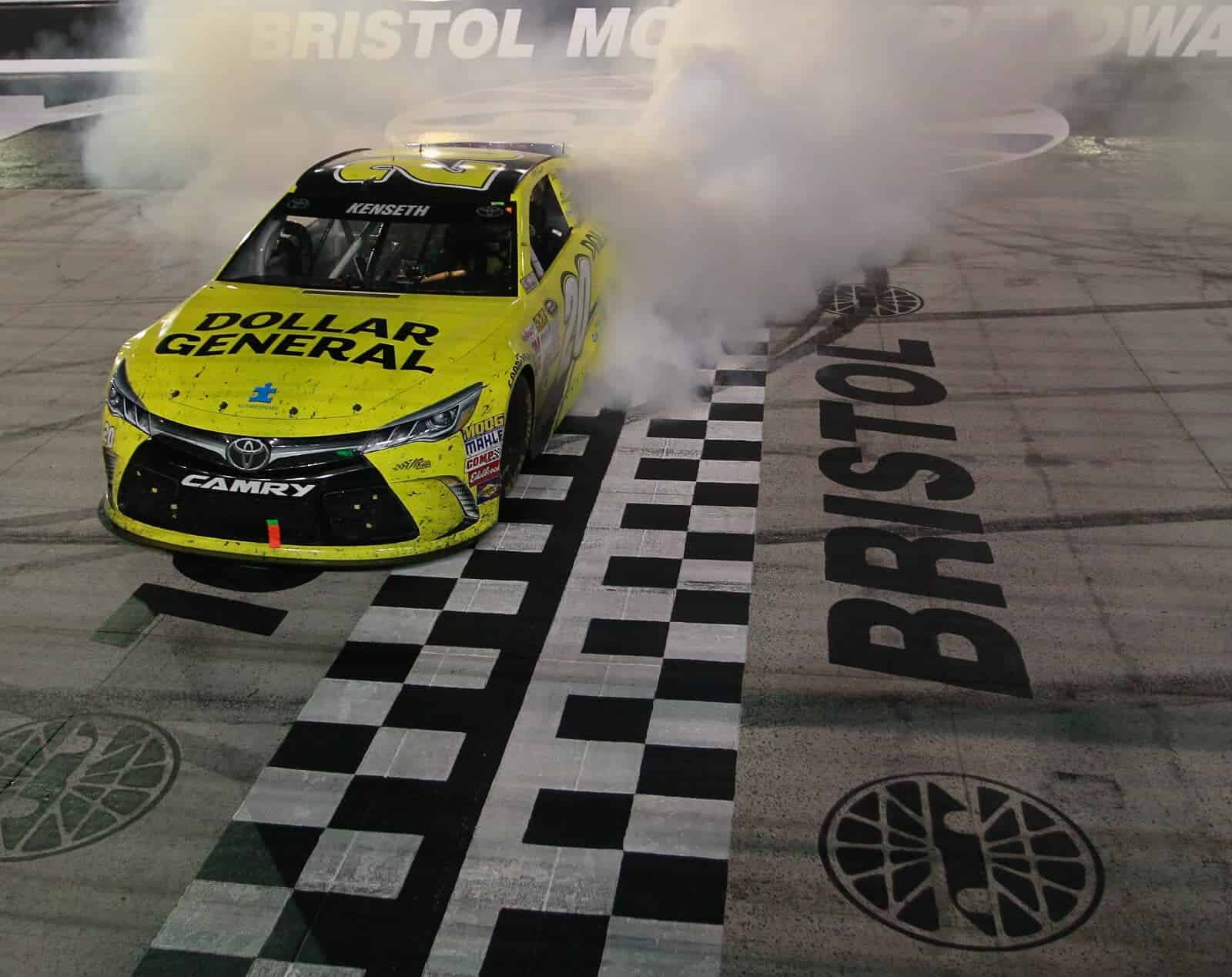 I’d like to take this opportunity to pass along my condolences to the entire Byrnes family. #ByrnesStrong

It was almost a carbon-copy of the 2014 spring race at Bristol: delay after delay due to rain. However, thanks to lights, the entire race was able to be run… and then some. Matt Kenseth finally broke his winless streak, surviving a green-white-checkered finish.

The first race of the season at Richmond is coming up Saturday night. Remember, this is the site of the last race of the regular season and could be a foreshadowing of what to expect in September.