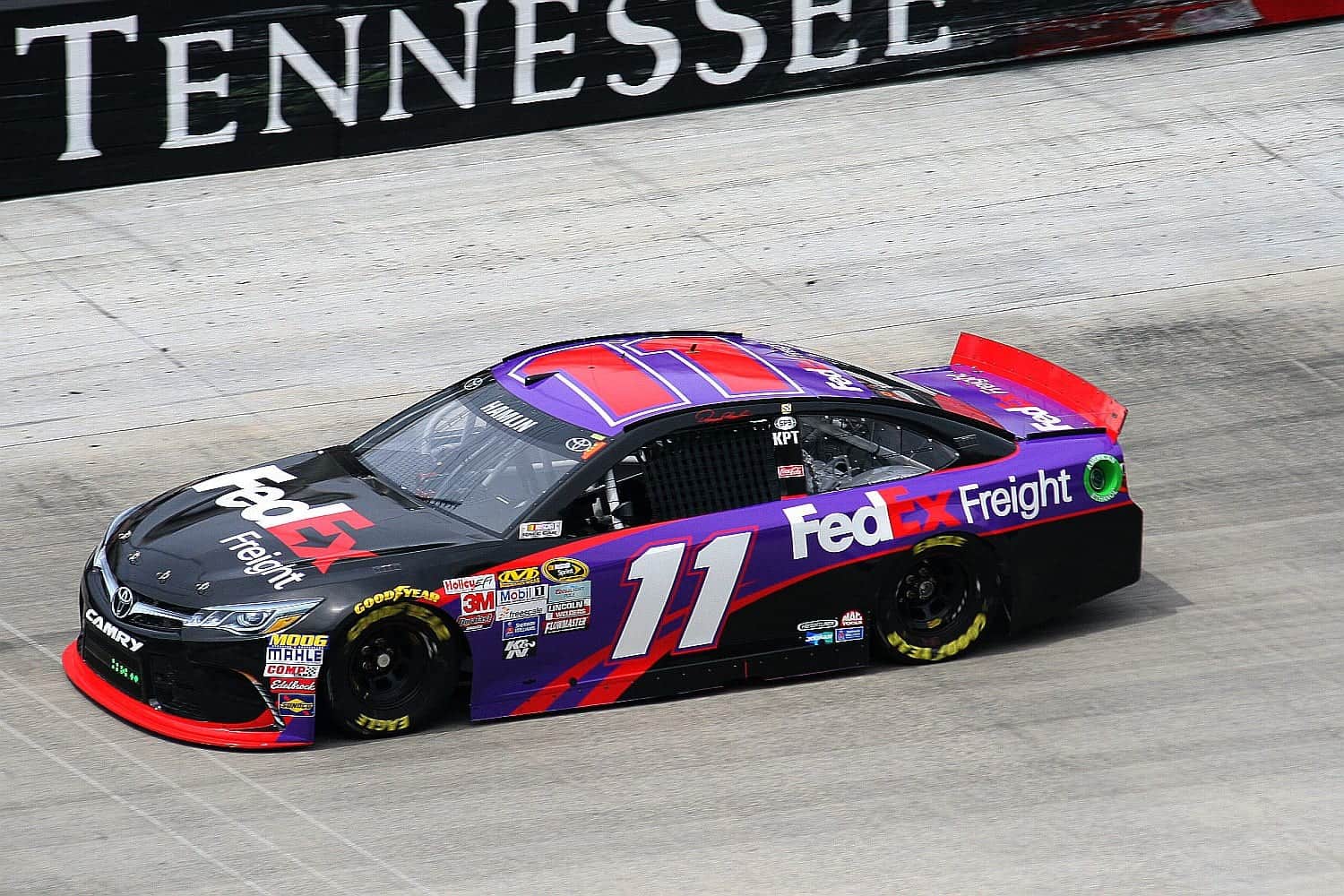 After a rainy marathon of a race at Bristol, the Sprint Cup Series will head to another short track, Richmond International Raceway, for the ninth round of the series’ regular season.

Bristol, as expected, was an absolute brawl of a race, with torn-up race cars and flared tempers abound. Much of the same is expected at Richmond, a track that can have every bit as much bite as the old Tennessee bullring. A win in Virginia’s capital city would be a massive boon to a large number of teams on the circuit, and given the wild card nature of short-track racing, this may be many team’s last shot at a win for quite a while (well, Talladega is next week, so maybe they do have one more chance.)

Nonetheless, a drama-fueled weekend is likely on tap, and Four Burning Questions has you covered on what to look for.

1. What kind of Richmond will we get on Saturday night?

Given that we have a short-track race followed by a restrictor-plate race in the two upcoming events on the Sprint Cup schedule, this is going to be a major story to watch these next two weeks. Richmond is not typically known as a “wild card” track, but the truth is that it probably should be. Richmond, in terms of prognosticating what kind of race will unfold when the series visits the facility, is the most unpredictable track on the circuit.

To illustrate, consider the caution and lead change statistics from last year’s races at the track. Cautions and lead changes generally give you an idea of the level of variance that takes place over the course of the race. High variance races are the ones we tend to describe as “crazy,” “competitive” or “exciting.” The spring race last year had nine cautions and 20 lead changes, both numbers that fall within the “high variance” range and is usually ranked as one of the three or four best races of the 2014 season.

The fall race however was the complete opposite. That race had only four cautions and four lead changes, and is generally considered to be the worst race of 2014 in terms of competitiveness.

So what can we expect on Saturday night? The unexpected, of course! A general rule of thumb for Richmond races is that if the track’s rubber builds up and a second or third lane develops on the track early, that tends to lead to more tame racing. If the second or third groove doesn’t become viable until late, the race as a whole ends up being pretty wild.

After two-plus years of pure mediocrity in the NASCAR Sprint Cup Series, Danica Patrick and her No. 10 GoDaddy team are finally beginning to make some legitimate noise on the circuit. Patrick has posted top-10 finishes in two out of the past three Cup races, each on two tracks which are arguably the toughest on the schedule.

What gives? Well, this shouldn’t be surprising to anyone. Patrick has demonstrated multiple times over her racing career that once she adjusts to a new car or series (and it usually takes her a lot longer than other drivers, but we won’t get into that now), she is a driver capable of challenging for good finishes. In NASCAR, that means consistently being able to fight for top 10s. Right now, courtesy of some of the best engineering in the entire sport from Stewart-Haas Racing and gradual improvement as a NASCAR driver, she and her team have achieved that level.

What it all means from here on out: For one thing, it means she now has to match the new expectations that her recent results have now set for her. That means a top-10 to top-15 finish is the expectation, not a pleasant surprise.

If she can back things up again with another solid finish this weekend in Richmond, I’d wager that it is time to start seriously asking if this team is Chase-worthy.

3. Could a Sunday race be imminent?

Yeah, I know what you are all already thinking, and it pained me to have to write this one. But the reality is that there is a 60% chance of rain for Saturday night’s race, and if rain ends up washing things out on Saturday night, a Sunday afternoon Richmond race could very well come to fruition.

Assuming it does rain Saturday night (and there’s a good chance it will for at least some of the evening), a Sunday afternoon race would become a reality if it becomes clear that NASCAR can not start the race before 11 p.m. That tends to be the usual cut off for postponements of night races. As such, if the race goes to Sunday, that opens up a whole world of possibilities for how the race will unfold.

Richmond has had two night races every year since the mid-1990s, and the teams thus have very little experience with a daytime conditions at the track. The few times that a Richmond race has been postponed to a Sunday, the ensuing daytime race ended up being incredibly race, as sunny conditions tend to make Richmond a four(!)-groove race track that is incredibly treacherous. A Sunday race would be a big time gamechanger, and it is undoubtedly going to be a real possibility this weekend.

4. Will Denny Hamlin be back at full strength?

Driver injuries have unfortunately been a major storyline throughout the 2015 season, as numerous top-flight Cup drivers have missed races due to injury just in the first eight races of the year alone. Denny Hamlin (sort of) added his name to the list in Bristol earlier this week. Hamlin requested an early exit from the race due to a recurrence of back and shoulder pain, possibly related to his 2013 injury that he sustained at Auto Club Speedway. Young Joe Gibbs Racing standout Erik Jones relieved Hamlin as a result.

Hamlin has said all the right things this week and claims he is back to 100% health. But until Saturday night’s race, we can’t really know that for sure, and perhaps won’t know the full story on this one until the season concludes. For a driver who appears to have the chops to make a deep Chase run this year, a recurrence of previous medical problems would be a major blow to what could be a title-contending year for Hamlin.

A close eye should certainly be kept on Hamlin Saturday night, especially given the fact that Richmond is one of his very best tracks. If he is wildly off the pace like he was in his abbreviated run at Bristol, that could be an ominous sign for the rest of the FedEx driver’s season.

As to number 1, Correct me if I’m wrong but aren’t they all restrictor plate races now?

No no no no no, JohnQ…tapered spacer. Completely and totally different way of limiting air and fuel flow.