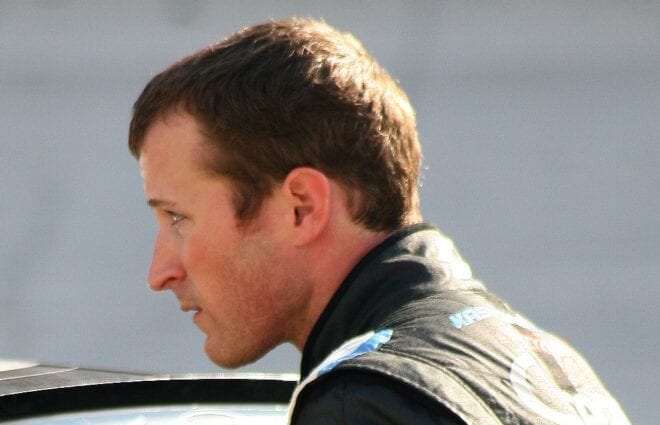 In the column last week, Happiness Is railed against the concept of safety within NASCAR by questioning the rule change that allows teams to forego hitting all give lugnuts when slapping four fresh Goodyears on a car. Sure, allowing the teams to, in essence, police themselves has worked out so far in theory, which can be noted by how many drivers suffered from a loose wheel at Bristol. The move still isn’t one that promotes safety because though a wheel, or two, or 10, have been loose on the track there’s still the chance that one breaks free from the car and then… well, who knows, that’s for someone involved in Chaos Theory.

NASCAR shined once again with the race at Bristol when again looking at the notion of safety. First, there was the ill-fated attempt to get the race going during the originally scheduled broadcast time. While such a thing should be applauded in some respect, that the track seemed damp didn’t do any favors to Brad Keselowski and his teammate Joey Logano. Obviously the hope from NASCAR was that the circling cars would help to dry the surface – something that has been done previously. This time it looked like not such a great idea.

Then there is the idea of the replacement driver. The Cup drivers are frequently labeled as being some of the best drivers in the world by the pundits-that-be and the case can be made that they are. However, having a driver who has never driven in the Cup Series jump into a car that he has never even practiced seems like folly. How can the sport claim to be acknowledging safety by allowing Erik Jones to grab the uncomfortably large wheel of Denny Hamlin’s car and letting him race? Sure, Jones had competed the previous day in the Xfinity Series at the same track, but that was HIS car, and one that he had used for both practice and qualifying.

It’s these little things that make it difficult to understand just what NASCAR is doing sometimes. Or maybe that’s the fun of the sport at this point – expect one thing, get the other. Hope for change, get the status quo (looking at you, schedule maker).

Happiness Is… Welfare. One of the aspects of NASCAR racing that has earned its share of scrutiny over the past few years has been the Lucky Dog rule and the wave-around. The Lucky Dog, free pass or beneficiary rule allows the first car one lap down to be placed back on the lead lap. The other monikers for the rule are the Jimmie Johnson rule, Dale Earnhardt Jr. rule, Jeff Gordon rule and, of course, the Princess Sparkle Pony Danica Patrick rule brought to you by Big Red. The wave-around allows cars that are a lap down to drive back onto the lead lap – with the distinction being that the Lucky Dog driver gets to pit while the wave-arounds do not.

OK, everyone who follows the sport has a pretty good idea of how the rules work and have seem them in action. What makes these rules interesting is that they are frequently labeled as if they are some sort of welfare system for drivers and that without them many drivers wouldn’t have the stats that they do.

Understandable argument. But isn’t it better to have more cars on the lead lap going for the win than to have, say, nine cars as being the only ones in contention? The goal is to make things interesting and the combination of these rules can often do that – even to the chagrin of everyone except Johnson, who nearly stole last week’s race at Bristol after seemingly being out to lunch and two laps down at one point and then gaming the system for a second-place finish. Be mad at Jimmie Johnson, sure, but be mad at all the other drivers and teams that haven’t figured out how to find the same success in the same system. (Insert NASCAR does everything to favor HMS comment here.)

Happiness Is… Sarcasm. For a while, Kasey Kahne was marketed as the dreamy, blue-eyed, model-esque driver of NASCAR. You know you miss those Allstate commercials with the women who found themselves starstruck whenever they saw him. Since that time, Kahne has become a standard NASCAR pitchman, with his commercial presence dwindling.  He tends to be decent in interviews but doesn’t say much in the way that’s controversial.

That’s what makes Kahne’s comments at Bristol, where he was taken out by Tony Stewart and finished 37th, so enjoyable.  Kahne took a wonderful sideswipe at the Stewart by basically saying that Kahne got taken out by an excited Stewart because Stewart wasn’t used to running so well. Ka-zing. Those words aren’t anything that is going to develop any substantial rivalry between the two, especially after Stewart already took the blame and apologized. The remark does show what a remarkably bad season the three-time champion Stewart is enduring, and that Kahne might just be good for a laugh every so often.

Happiness Is… Barber. That’s not a note that you need to go to the barber, unless you’re Happiness Is’ brother. This note is to point out that IndyCar will be on track again this weekend – and at no conflict to NASCAR. The Cup race this weekend at Richmond is Saturday night and though the weather may be slightly chilly the forecast is for cloudy skies, not rain. That means the race should get finished allowing for the opportunity to watch Indy on Sunday.

Though the Penske drivers have shown the speed to be the dominant team, they haven’t dominated the sport as would be expected. Befell by the rain at NOLA and Scott Dixon’s charge at Long Beach, the Penske drivers will be looking to make a solid statement as they visit Alabama.  Though the crew at Ganassi looks like they might have the potential to keep up the better question is whether the cars at Andretti will show any kind of significant improvement.

Whatever the case, give some eyes to the American open-wheel series if you have a chance.

As an editor, Ava works through some of the site’s biggest columns while writing one of her own on F1 each week. “Stranded” on the island of Oahu in Hawaii, the aspiring college professor also helps anchor other coverage while coordinating Pace Laps, our multi-series news update.
Previous Eyes on Xfinity: Who’s the Front Runners As Season Nears May
Next IndyCar Disappoints 3 Races In 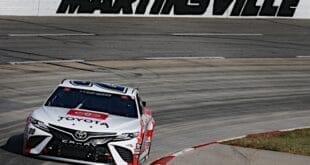