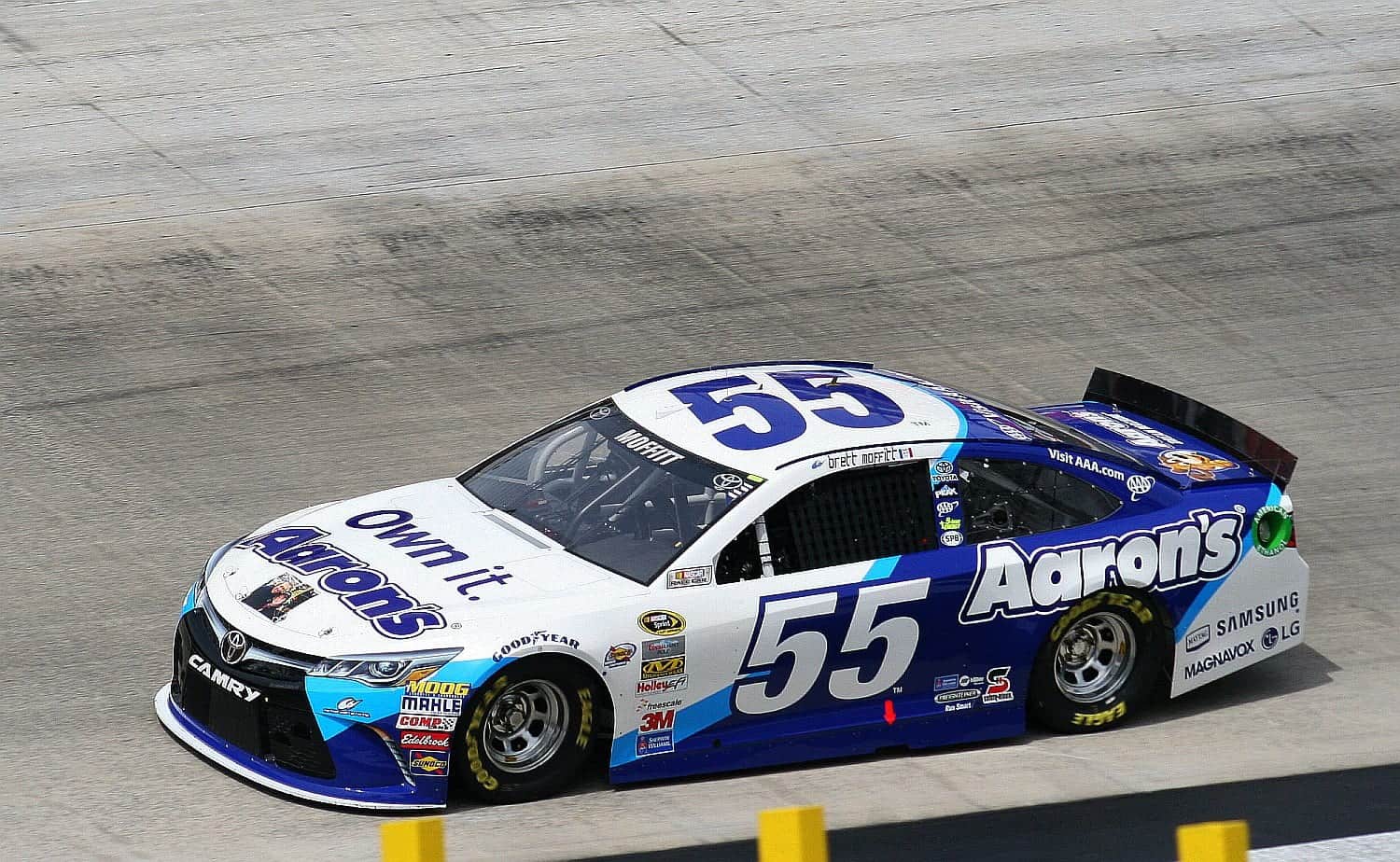 Michael Waltrip Racing has announced that co-owner Michael Waltrip will race the No. 55 Aaron’s Dream Machine Toyota in next weekend’s Geico 500 at Talladega Superspeedway.

Waltrip drove the season opening Daytona 500 in the No. 55 Toyota and finished in the 26th position. The announcement means that 22-year-old driver Brett Moffitt will be on the sidelines.

“Talladega is a place where I know we will be very competitive,” said Waltrip. “This will be my 58th Sprint Cup start at Talladega so believe me when I tell you Talladega is some of the best racing in the world and I’m glad I’ll get to be part of it again in the Aaron’s Dream Machine.”

In his career at Talladega Waltrip has 16 top-10 finishes, eight top fives and one victory, which came in October 2003. The No. 55 currently sits 26th in the NASCAR Sprint Cup Series owner points in 2015. Waltrip is one of three drivers who has shared the No. 55 this season. Brian Vickers drove two races in the No. 55 in 2015 but has been forced to sit out of the car due to recurring blood clots.

There has been no word of whether Moffitt will return to the ride after Talladega. Moffitt has driven the No. 55 Toyota in five races this season and has been the driver since it was announced Vickers would have to miss at least three months due to his health concerns. There is no timetable for Vickers return.

It was announced earlier in the month that Waltrip will have backing from Maxwell House coffee during the series’ October visit to Talladega.

Good for US – we won’t have to endure his constant childish, fake excitment, babbling in the booth – BUT – very BAD for the other actually SERIOUS, – commited drivers and teams, who are in the competiton for REAL – – – to have this demented circus monkey, full time clown – “part time driver”, behind the wheel – butting in out there- “Just for FUN” – affecting the outcome of the race .
WHY is this allowed ??? This is NOT – -“Driving with the STARS” – –