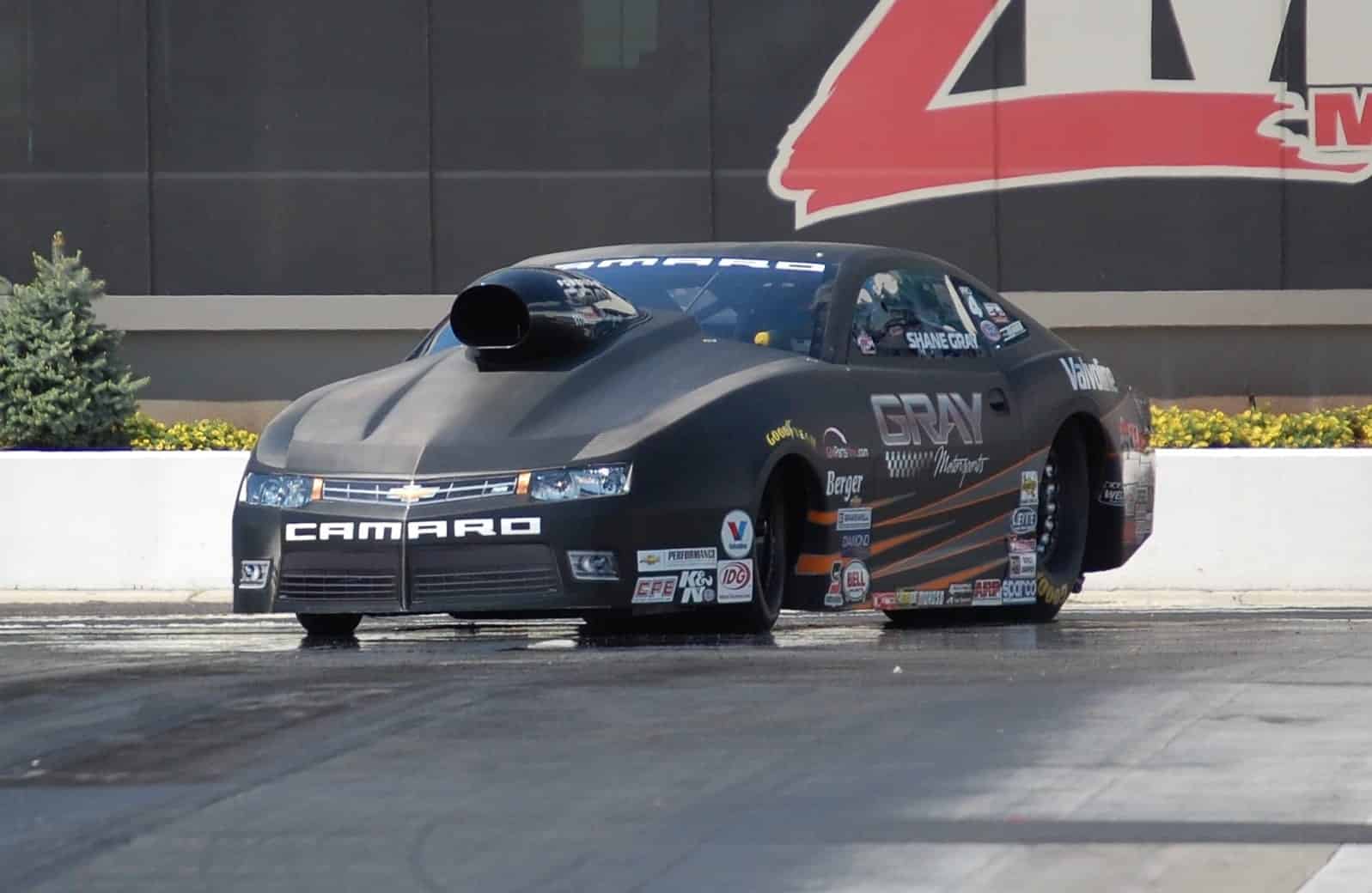 The discussion began in our Open-Wheel Wednesday roundtable chat, but on further thought, it has some bearing on NHRA too. It was put forth that the rain delay for NASCAR last weekend, in spite of providing a perfect window for the IndyCar race, did not actually garner a lot of crossover traffic. Matt Stallknecht pointed to the NBA playoffs, noting there is evidence that most NASCAR fans are more likely to watch other general sports content rather than another form of racing. The conclusion is that NASCAR fans are not necessarily racing fans as a whole.

Not good for IndyCar but what does this have to do with NHRA? Simply this: IndyCar tries very hard to court those NASCAR fans, and at times, NHRA does too. In the Charlotte, N.C., market, there is absolutely a push to get NASCAR fans into the seats at zMAX Dragway and no doubt they succeed. They managed to sell out the very large grandstands at the track last month on a less than stellar weather weekend (the weather was perfect for the racing, not as much so for the humans sitting out in it all day).

The question is, does that equate to any gain in the long run? Do those people become NHRA fans? Do they watch the other races on television, read drag racing stories, follow the championship?

They will tell you that they enjoyed the experience. They might even come back to the next race, but does it really get the NHRA anywhere to have casual fans that come once or twice a year as a novelty? So the big question is, should they even be pursuing that NASCAR crowd or is there a better direction for the effort? Here’s another suggestion (credit Amy Henderson for this thought): keep the longtime fans happy and encourage them to bring their friends and family. Sounds a lot like the NHRA’s Baptism by Nitro campaign so perhaps they are on the right path.

What’s perhaps ironic is that NASCAR, in turn, spends all of its time chasing stick-and-ball sports fans.

Driver of the Week: Shane Gray

2010 – Earned first career win at Pomona 2; made it to the Countdown and finished fourth in points.

Some Things Most People Don’t Know About Shane: It’s a family affair. Shane is a second generation driver. His father, Johnny Gray, raced in both Pro Stock and Funny Car. His teammate is his brother, Jonathan. The third generation has also taken an interest in racing, but in this case, it’s dirt racing. Shane’s oldest son Bryce has raced dirt bikes competitively. His younger sons, Tanner and Taylor, currently race mini sprints on a regular basis. Shane loves going racing with his sons.

Shane’s wife Amber is competitive, too. She was Shane’s teammate when they competed and won over 40 events in the United States Team Roping Association.

Before driving Pro Stock, Shane raced in NHRA’s Competition Eliminator category. He also competed in the American Drag Racing League (ADRL) and Outlaw 10.5 with a 1967 Chevy II, and has competed in Open Wheel Modified and Quick 8 bracket races. His first NHRA national events was the 1989 Mopar Mile-High Nationals in Denver where he raced in Super Comp when he was just 16 years old.

Shane now lives in Mooresville, N.C., and when he’s not racing, you’ll likely find him out on Lake Norman on his boat doing some fishing.

Time to put some nitro in Nitro Shots with a Top Fuel tech fact. Antron Brown stops by this week to talk about all that frantic action viewers see in the pits between rounds, namely the engine teardown that happens each and every time after the car makes a pass down the track.

As in mph, the speed record for Top Fuel at Royal Purple Raceway, site of this week’s O’Reilly Auto Parts Spring Nationals, set by Texas native Steve Torrence in April of 2014.

The NHRA Mello Yello Series is back in action for the O’Reilly Auto Parts NHRA SpringNationals from Houston, Texas, this weekend, April 24-26. This is the second of five live events on the slate for 2015, and for those who might like the cars that go in circles, NASCAR races on Saturday night. That leaves Sunday free for the straight-liners to be the show!