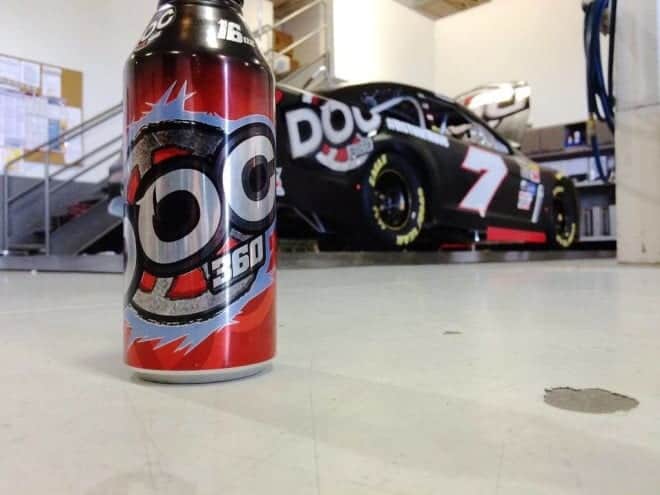 Tommy Baldwin Racing announced sponsorship for this weekend’s Toyota Owners 400 at Richmond International Raceway. DOC 360 will adorn Alex Bowman‘s No. 7 Chevrolet SS this weekend at Richmond. According to the team release, DOC 360 is “a growing soft drink brand that is known for its distinct taste [that] is aligned perfectly with up-and-coming athletes as they carve their own name in the sports world.”

“Alex [Bowman] is the perfect match for DOC 360,” DOC 360 Marketing Manager Tyler Hartmann said. “He is as passionate for the sport of racing as we are for our products, and we’re confident that the NASCAR fanbase is going to enjoy the great taste of DOC 360.”

It marks a new sponsorship for the organization a team that is still growing themselves. Tommy Baldwin Racing currently sits 34th in the NASCAR Sprint Cup Series owner points in its seventh year of operation. The team is in their first year with sophomore driver Bowman.

“We are proud to welcome DOC 360 aboard the No. 7 this weekend at Richmond,” said team owner Tommy Baldwin. “It’s encouraging for our team to be attracting new companies into the sport and we appreciate all of our partners.”

Bowman currently sits 33rd in the NASCAR Sprint Cup Series points standings and is coming off his best finish this weekend after finishing 20th in the Food City 500. Bowman has two career starts at the Richmond International Raceway, both coming last year when he drove for BK Racing. He finished 28th in this event in 2014.