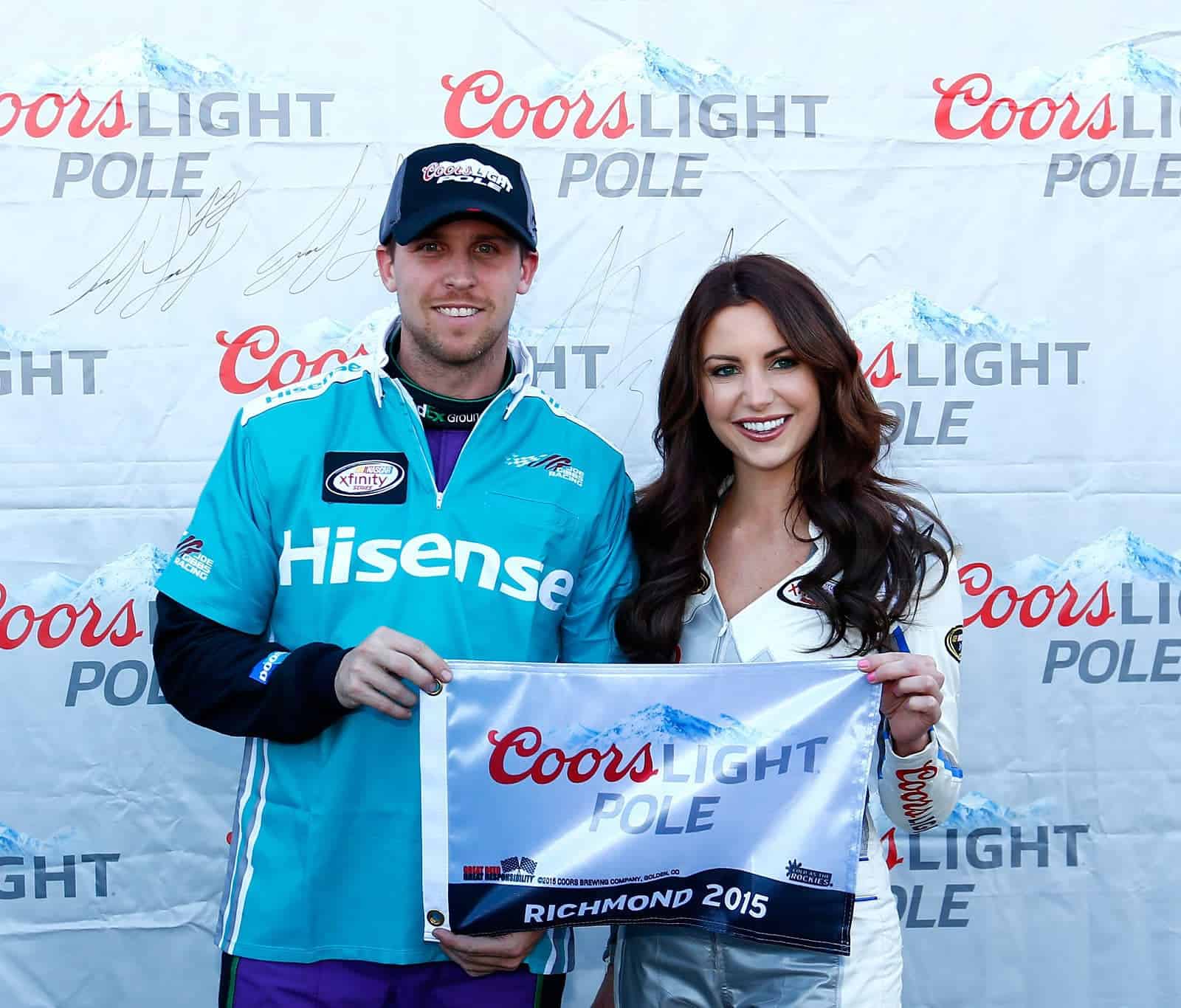 It’s a Denny Hamlin kind of weekend at his hometown track. Pacing the lone practice of the day for the NASCAR Xfinity Series, the 34-year-old was set to take his No. 20 Toyota to the front at Richmond International Raceway – and that he did.

Hamlin was the quickest driver in each of the three qualifying rounds on Friday afternoon, which gave him his first pole in five races this season.

Making his first start for the No. 20 team after running four races in the No. 54 car, he is searching for his first win at the .75-mile track since 2011.

Winning the pole with a time of 21.762 seconds, Hamlin had the edge over Team Penske’s Joey Logano, who led all 300 laps at Bristol last weekend. Logano was a mere nine thousandths of a second off Hamlin’s time, giving him his fourth front-row start in as many races.

Erik Jones, who is driving the No. 54 Toyota this weekend for Joe Gibbs Racing, will start third. Aric Almirola and Brian Scott round out the top five.

Brennan Poole will start a career-best 10th for HScott Motorsports with Chip Ganassi in his fifth Xfinity Series start. Ty Dillon will start 15th in the No. 3 car, which continues his streak of starts outside of the top 10 to begin the season. Elliott Sadler, who was fourth in the first round, missed the cutoff to the final round and will start 17th. Austin Dillon, Ryan Reed and Brendan Gaughan are also among those who failed to make it to the final round in qualifying.

Johanna Long and Morgan Shepherd did not qualify for the ToyotaCare 250 at Richmond. Long was attempting to make her first start since the season finale in 2013, but had issues in practice that limited her to get on the track for only 45 minutes. Shepherd will miss his third race of the year. He has three starts this season in six attempts.