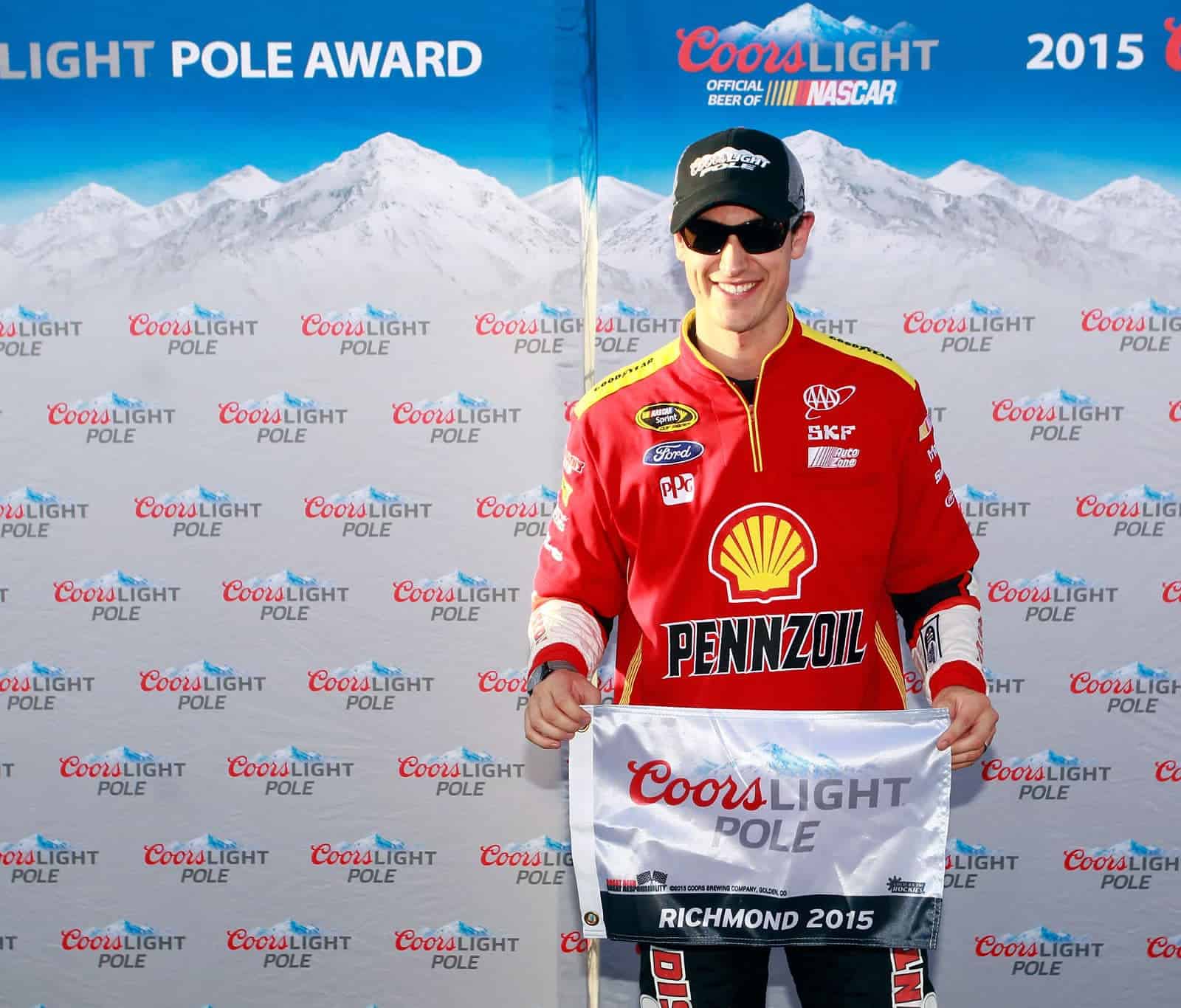 Since NASCAR announced the new format for Sprint Cup Series qualifying in 2014, Joey Logano and Team Penske have been showing the competition how it’s done.

Logano will start on the pole for Saturday night’s Toyota Owners 400 at Richmond International Raceway. It’s his third pole of the season and fifth front-row start in nine races.

Entering the weekend as the reigning spring Richmond winner, Logano and the No. 22 team have momentum on their side.

“It’s not normal for us,” said Logano. “Normally we are really fast in the first run and it’s hard for us to stay that fast throughout. The guys did a great job in keeping this thing fast and getting it faster.”

“I thought after that second round, and the times that were set, that we were sitting in pretty good position to get a pole,” Hamlin said. “But our car just lost too much grip that last run.”

With teammates Matt Kenseth and David Ragan also in the top 12, it was a successful session for Joe Gibbs Racing, a team with high short-track expectations for Saturday.

For Hendrick Motorsports however, three of the five teams have bitter feelings following dreadful qualifying laps.

Three-time Richmond winner Jimmie Johnson slid his car off turn 4 and was unable to make up for the lost rubber on his tires, qualifying 37th, a career worst at the Virginia track.

Johnson was puzzled with the result, saying, “we had such a great practice session for race and qualifying trim. Just scratching my head big time right now so we’ll try to figure out what happened and then prepare for the race.”

Although leading final practice earlier in the day, Kasey Kahne was three spots behind Johnson in 40th position.

“It felt really bad,” said Kahne who pointed his finger at the tires as the culprit to the lack of speed. “It’s like the left sides were up and wouldn’t turn. My splitter wasn’t down anything, which to me is definitely something to do with tires because we didn’t change anything. I’ve been bouncing on the splitter in practice and right there I didn’t even feel it.”

Dale Earnhardt Jr. also struggled to advance to the second round, qualifying 26th.

Jeff Green qualified 33rd in his No. 30 Chevrolet typically piloted by Ron Hornaday Jr., and will make his first Sprint Cup Series start since 2011.

Jeb Burton and Brendan Gaughan are the two drivers who will miss Saturday night’s race at Richmond.