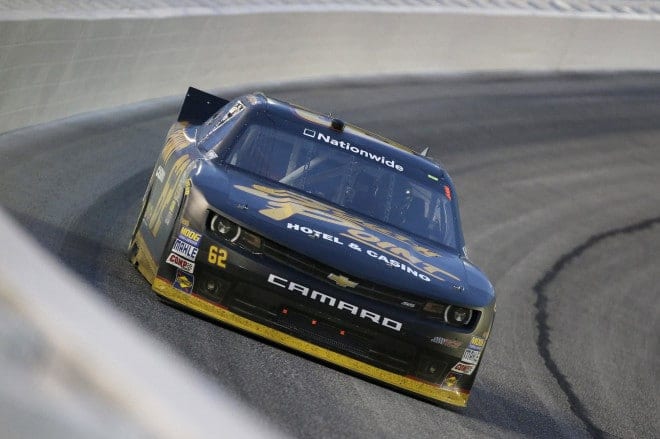 A massive fire during a pit stop for Brendan Gaughan sent rear tire changer Anthony O’Brien and gas man Josh Wittman to the infield care center for possible burns. Each crew member for Gaughan were soon transported to local hospital.

A crew member for Eric McClure, who was pitted near Gaughan, was also taken to the care center.

Following a lap 111 caution in the ToyotaCare 250 at Richmond International Raceway, the leaders jumped to pit road including Gaughan who was running 14th. After a large fuel spill, a large fire ignited and the Richmond safety crews took to action to control the blaze.

The culprit to the fire was a possible malfunction in the gas head, says Shane Wilson, crew chief of Gaughan.

“We just had a malfunction in the gas head. We just hope those guys are going to be OK,” Wilson told FOX Sports 1. “Anthony O’Brien, the rear changer, got burned and he is going to go to the hospital. Josh Whitten our gas man got burned also.

“It’s too bad, I guess we take this for granted sometimes.”