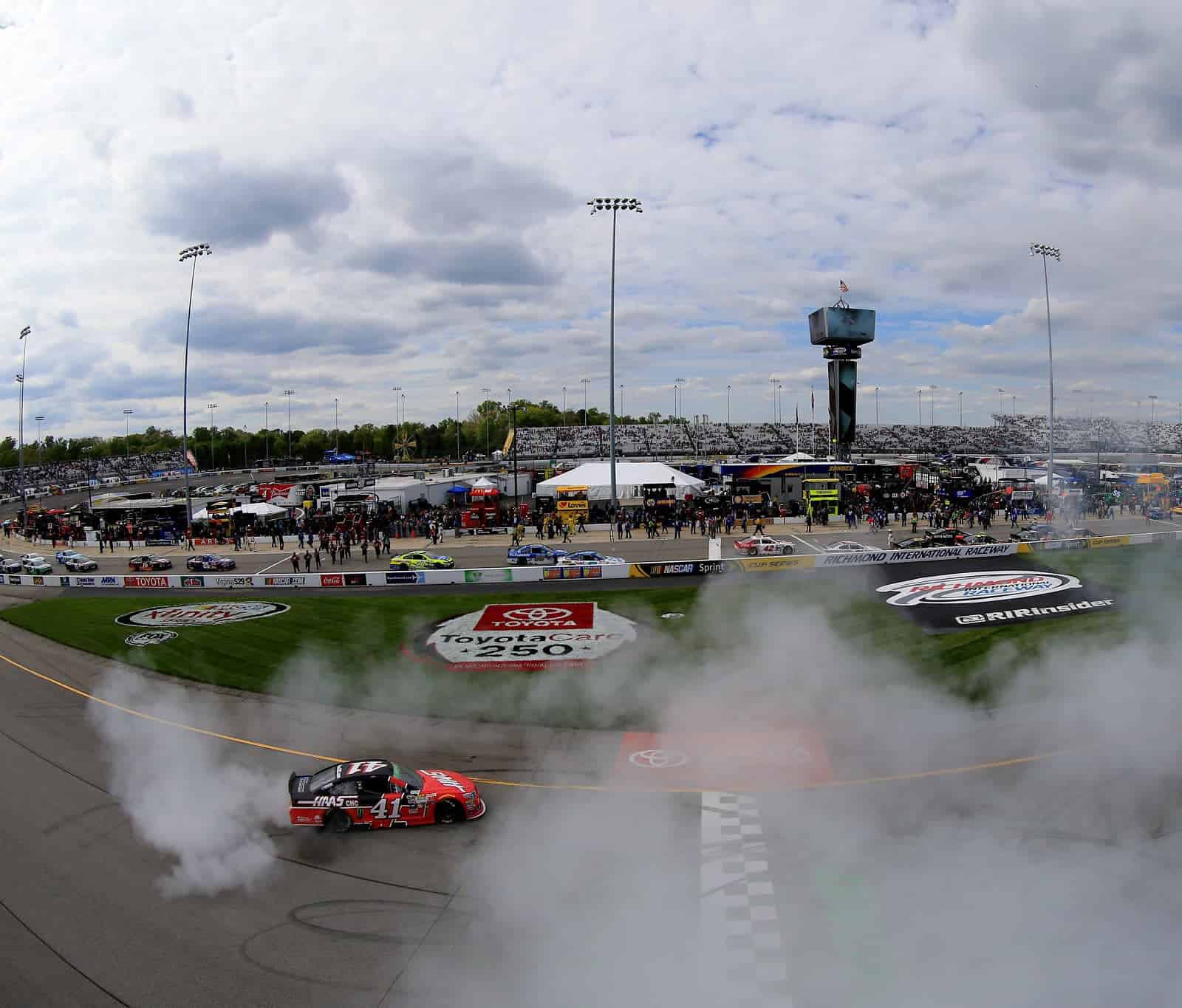 Whether you like him, or not, there is no denying Kurt Busch has talent behind the wheel. His off-track battles, however, have set him back more than most – perhaps even he – can comprehend.

Yes, he was suspended from the sport earlier this season – prematurely in my opinion – after having sat through proceedings in a Dover Family Court, where his ex-girlfriend worked her magic on a sympathetic court commissioner by turning on the spigot and letting the tears flow. For the record, he was cleared when prosecutors said there was no evidence to prove he roughed anyone up.

But that is an old story. It is also the old Kurt Busch.

The new Kurt Busch is someone completely different, a man focused on redemption and racing. In fact, his attitude may be unrecognizable to many people because they are used to his fiery rants. That’s over. He’s done showing his ass. At least, it appears he is.

Last week, when asked about safety improvements, he gave a shout-out to his little brother, Kyle, who is recovering from injuries sustained in February at Daytona International Speedway. It stood out because the two don’t usually reference one another in interviews. And since his return, Busch has done a number of interviews where he has been asked just about everything under the sun.

Busch came back at Phoenix International Raceway and was strong throughout the race. His demeanor over the radio was calm even when things weren’t going well. The next week, he sat on the pole at Auto Club Speedway. He had the best car in the field but handled it well when caution after caution… after caution fell and deprived him of the win.

Busch has been a factor since his return, so it should come as no surprise he finally made it to Victory Lane. The real surprise is that he didn’t win sooner. He definitely had his chances.

Busch has kept his head inside the car and out. Now, he has been rewarded for it by qualifying for NASCAR’s Chase for the Championship.

Something else that happened today was the reaction from the fans. When Busch came around turn 4 at Richmond and took the white flag, the fans cheered. The cheering continued as he made the final circuit around the 3/4-mile track and brought home the win for Stewart-Haas Racing.

There are several factors that play into his resurgence in popularity. The first is that no one likes it when people are falsely accused of a crime – especially something as heinous as bashing your ex-girlfriend’s head into a wall and choking her. Fans also like it when a fallen hero can redeem themselves and return to the top. Busch has done it, at least, twice.

Will we ever see Busch lose his temper again? I don’t know but what we should all hope is that he never loses the passion that we are seeing from him right now. Will that passion and dedication turn into a championship? Who knows? Busch now has a taste of victory, he’s redeemed himself with fans and the rest is up to him as he is looking for more wins.

“One win is great,” Busch said. “I want four or five more…

“It’s only April, and here we are with momentum building, right in time for the Charlotte race weeks and into the summer months.”

******TALK OF THE CHASE DISCLAIMER>>READ AT YOUR OWN PERIL****
Kurt was raked over the coals, no doubt about it. Time will tell if the new Kurt has staying power in Nascar
to control his outbursts etc. No dig on Kurt, just human nature.

As for the old and practical logic of looking who is consistent and saying the “can win a championship” is absurd
and wishful thinking. The new format is totally predicated on who has the best “luck” on that one day and for one
race. It takes the season long effort and makes a mockery of it.

kb beat me to the punch line on this one. Being good helps but being lucky is what matters in the 1 race championship. All Kurt has done is guaranteed that he will be in the chase, nothing more. Talk of a championship by anyone prior to that last race is just fodder to write/talk about.