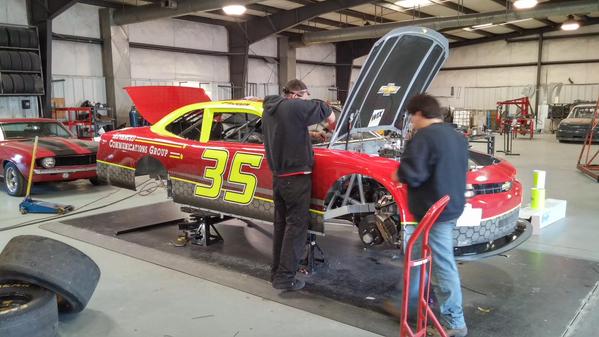 When the Xfinity Series returns to Talladega Superspeedway this weekend, they’ll have a new team in their midst.

Deese Racing Enterprises is set to enter this weekend’s Winn-Dixie 300 in Alabama with Conyers, Ga., native Chris Cockrum behind the wheel, as first seen on the race’s entry list. The team, based out of Mooresville, N.C., will field the No. 35 Chevrolet Camaro with sponsorship from Advanced Communications Group.

Saturday’s race comes as a partnership between 28-year-old Cockrum and team owner Duane Deese. Jeff Spraker will serve as the team’s crew chief.

“We acquired this car a little over three weeks ago,” Cockrum explained in a team release. “And to see how hard this entire team has worked in such a short amount of time is very gratifying and makes me very proud to be associated with this team.”

Cockrum will be attempting his third start of 2015 with the new team. He previously ran at Daytona and Atlanta for car-owner Rick Ware, bringing home a career-best finish of 21st at Daytona.