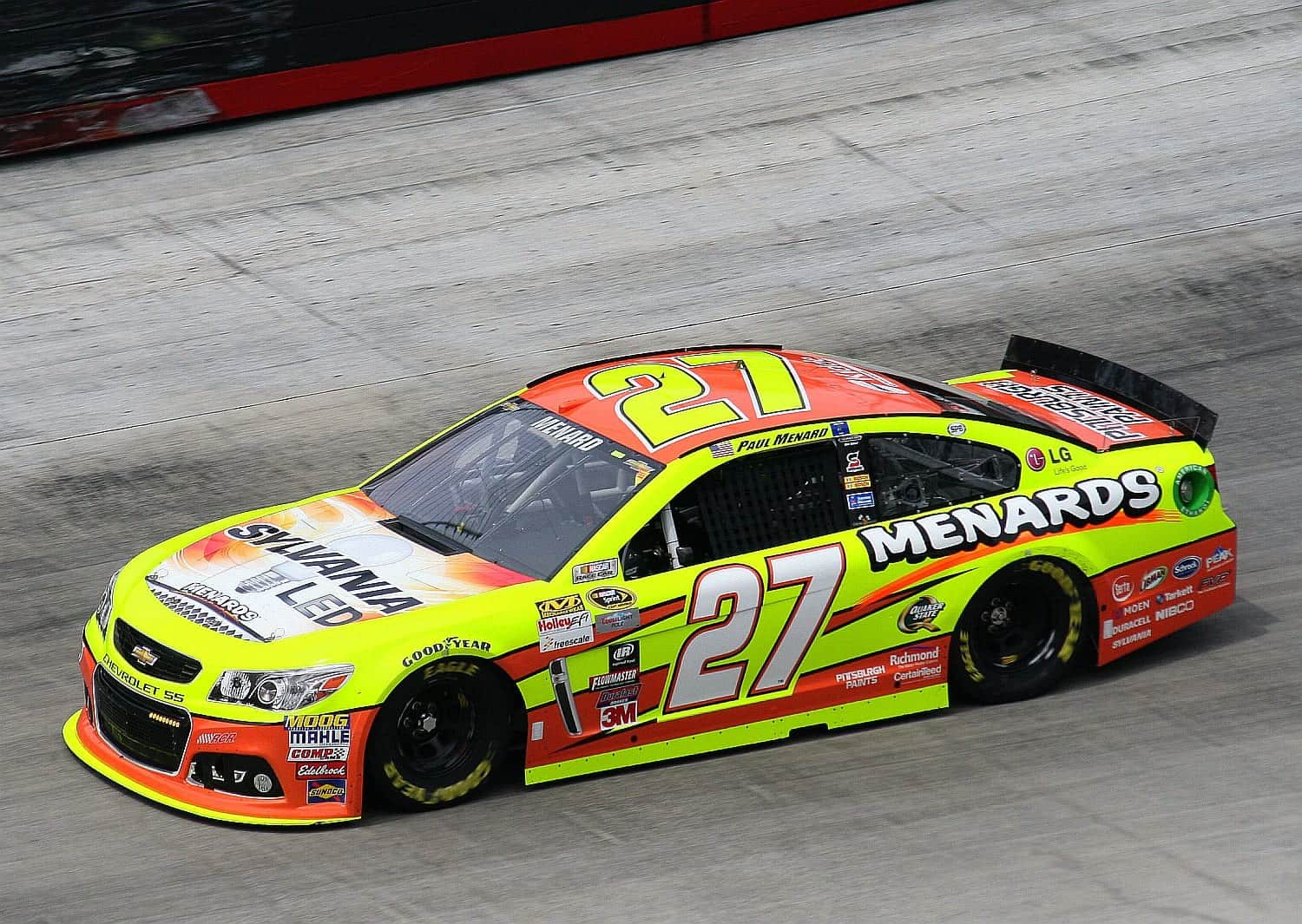 Looking at the Chase Grid following last week’s race at Richmond, you might be surprised to find Paul Menard sitting at 13th in points. After all, this is a driver with one career win and a best career finish in the points of 16th.

But he’s been in this position before, each of the last five years. Through the first nine races of 2010-2014, Menard has sat 19th, 15th, 14th, 10th and 18th in points. It never fails, however; Menard either slides backwards in the points just enough or can’t pick up the pace enough and misses the Chase. This year could be different, thanks to NASCAR’s new championship points system.

So far, Jimmie Johnson and Kevin Harvick have locked up Chase spots with two wins each. Brad Keselowski, Joey Logano, Kurt Busch, Matt Kenseth and Denny Hamlin each have a win and, barring a disastrous stretch of races, will be in the Chase come September. At least five or six other drivers are running well enough to easily win a race or two during the regular season. That leaves a handful of drivers to fill out the rest of the field with a win or on points.

Obviously, any track Menard can snag a win at pretty much sews up a Chase berth, but past performance indicates that that won’t be the case. It will be up to Menard, then, to use teammate Ryan Newman‘s playbook from last year and points-race his way into the Chase. It’s something he’s attempted to do each of the last five years but has so far been unable to accomplish.

But with his second-best career start points-wise this season, Menard has got to be feeling good about his chances to make the Chase. He’s a solid driver with a few tracks he excels at and a few tracks he’s abysmal at. Those six tracks he’s good on are the key to Menard’s Chase hopes. It’s expected that they’re circled on the calendar at Richard Childress Racing. Here they are:

In 12 career races at Kansas, Menard has five top-10 finishes and an average finish of 15.6, easily his best among the tracks between now and Chicagoland. Four of those finishes in the top 10 came in his last five visits to the track. Menard has always had speed on the intermediate ovals, but has yet to finish in the top 10 on a mile-and-a-half this season. Capitalizing on his momentum at this track is imperative for Menard’s Chase hopes. If he can walk away from the May 9th race with a top five, he’s done his job.

Menard’s average finish of 16.9 at Bristol is his second best at tracks between now and the Chase. He’s led 100 laps at the track and has scored six top 10s. His average finish in his last five starts? 11.2, including an 11th just a couple of weeks ago. He’ll need to finish better than that to ensure he’s in prime points position come August. In each of the last four years, Menard has come into Bristol 17th, 17th, 16th and 18th in points. A solid top 10 will give him his best shot at making the Chase field for the first time.

Until 2012, Menard’s record at Michigan was insanely bad. Like, six finishes outside the top 25 bad. Something clicked that year, however, and it’s become one of Menard’s best tracks. Counting those dreary finishes, Menard’s average finish in Brooklyn is 18.4. His last six trips to the track? 9.5, including three straight finishes of fourth. With Michigan on the schedule twice between now and September, this could perhaps be Menard’s best shot at that basically-qualifying-you-for-the-Chase win. Even if he doesn’t visit victory lane, two solid top-five finishes will go a long way to seeing the No. 27 in the Chase.

Even though Menard is known for his plate-racing skills, this track is one of the biggest hurdles in the schedule. His two top fives are dwarfed by his six — count ‘em, six — DNFs at the world’s “fastest and most dangerous” track. A win can get you in the Chase, sure, but a DNF can kill your chances. Menard already has one this season (at Texas). A second might derail his Chase chances for the sixth straight season. Finishing solidly in the top 20 is a realistic and doable goal. Anything better is gravy on an unpredictable weekend.

Don’t let last week’s 15th-place finish fool you; Menard doesn’t seem to have this track figured out. Only one career finish in the top five isn’t what you want to see at the track that ultimately decides who makes the cut and who doesn’t. He’ll need to drive the race of his career come September if he’s in position to make the Chase. Last season he was 14th in points heading into Richmond. When the race was over, he was 15th, but kicked out of contention by Hamlin, Kurt Busch, and Kyle Busch — each of whom had wins. He’ll need to be higher in points than that if he wants to celebrate on stage with Hamlin and Kurt Busch this season.

If Menard has figured out Michigan since 2012, he’s lost his touch at the Tricky Triangle during the same period of time. His last top 10 in Pennsylvania came in 2012. In 2013-2014, he only managed one finish higher than 30th (26th, June 2014). Like Michigan, there are two races at this track before the Chase starts. Menard needs to once again look to teammate Newman, who has an average finish of 11.4 at Pocono, to figure out how to navigate at Pocono. If he can pick up the pace, he can rest easier about that Chase berth.